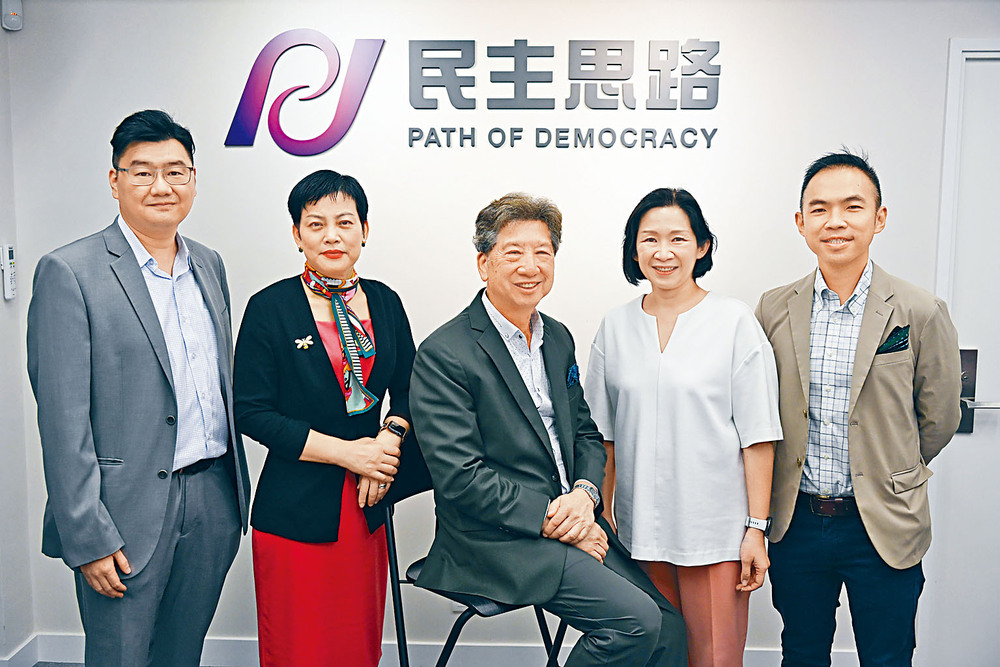 Political think tank Path of Democracy has on Friday submitted a set of policy proposals to the city’s sole chief executive candidate John Lee Ka-chiu, calling on the CE hopeful to formulate pragmatic policies to minimize discord in our society.

The new administration should actively build bridges to communicate, reach consensus and unify all stakeholders in the society based on inclusiveness, mutual understanding, and respect, according to the think tank.

A total of six major proposals have been put forward by the group, suggesting Lee set up “Future Centre(s)” as a core institution and reform the advisory system, establish an active and broad-based “One Country, Two Systems” committee, re-introduce political reform after safeguarding national and public security, and improve the city’s image globally and in China.

It also suggested that Lee focuses on youth work, strengthening citizens’ self-identity and sense of belonging, and establishing an Economic Development Council and a Hong Kong International Commercial Court.

“We expected that the government will listen to all humbly, formulate pragmatic policies that respond to people’s needs and demands to minimize discord in our society,” a statement by the think tank wrote.

Ronny Tong Ka-wah, convenor of Path of Democracy, believed that the new government will have the requisite determination and capability to unite Hong Kong people in the complete implementation of “One Country, Two Systems.”

“The new government is expected to promote social cohesion and place happiness as an integral part of national and public security, ultimately ensuring social stability based on public trust and support.

“It is hoped that when national and public security are safeguarded, the HKSAR government will be in a position to fulfill its vision in the Basic Law –- the gradual and orderly progress toward democracy and universal suffrage for the elections of the Chief Executive and the LegCo, thus realizing the ideal of Hong Kong people governing Hong Kong democratically,” said Tong.
Add Comment