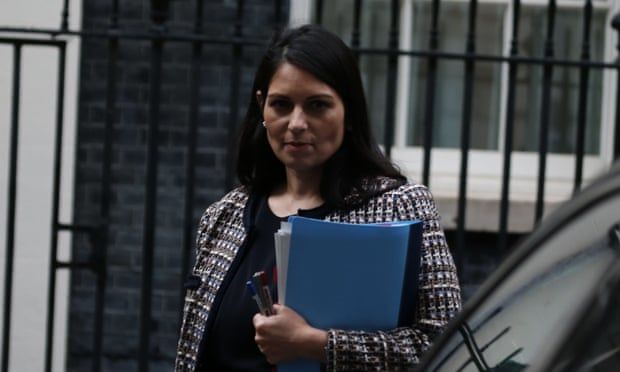 The home secretary, Priti Patel, is facing a growing revolt in parliament and the country over plans to restrict the fundamental right to protest, as controversial legislation that would increase police powers enters the House of Lords this week.

More than 350 organisations, including human rights groups, charities and faith bodies, have written to Patel and justice secretary Robert Buckland this weekend complaining that the measures would have a “profound impact” on freedom of expression, and represent “an attack on some of the most basic democratic rights of citizens”.

On Saturday night, former home secretary Lord Blunkett said the hugely contentious bill would leave a “toxic” mark on British society if it were to pass into law unchanged, and said he was sure that peers would table amendments to the bill in the Lords. If these succeed, MPs will be left with the choice of striking them out or accepting them and – if enough Tories join a rebellion – defeating the hardline home secretary.

Former prime minister Theresa May is one of several Tories who expressed serious reservations about the content of the bill during its Commons stages earlier this year. May, a former home secretary herself, called on Patel to consider the “fine line between popular and being populist. Our freedoms depend on it”, she said.

Blunkett told the Observer he had a range of profound concerns: “This bill will drive a wedge between the police and ordinary people doing what you would expect them to do in a mature democracy – expressing dissent on issues they care passionately about. It will leave a lasting and toxic legacy for this government because it is not only the centre and left of politics who care about protest. It is across the political spectrum. 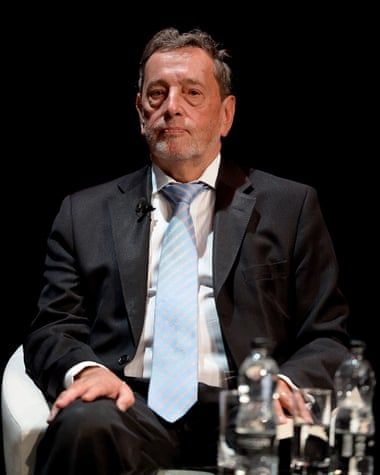 “There are other ways of dealing with those anarchists who capture legitimate demonstrations for their own purposes, and this bill does not achieve that goal.”

Gracie Bradley, director at Liberty, one of the signatory organisations, said the impacts would be serious and wide ranging: “The policing bill creates dangerous restrictions on our right to protest and threatens the way of life of Gypsy and Traveller communities.

“It creates new powers that will lead to harassment and oppressive monitoring of young people, working-class people, and people of colour in particular, and doubles down on existing measures that will funnel more people into the criminal punishment system. It is time for peers to stand up for our rights and reject this bill, and for the government to reverse course on the array of dangerous proposals it contains.”

Part three of the bill places new restrictions on the right to protest – including allowing the police to set start and finish times, set noise limits, and restrict protests that are deemed to be a nuisance. Part four introduces a new criminal offence of trespass, which has led to countryside campaigners expressing concern about the prospect of increasing tensions between landowners and those accessing outdoor areas.

Patel has previously criticised protests by Extinction Rebellion as well as Black Lives Matter, and pledged to prevent the former bringing “anarchy on our streets”. The Home Office points out that the police support the bill and believe it will help prevent protest causing disruption, inconvenience and trouble on the streets.

Sarah Mann, director of Friends, Families and Travellers, said: ‘‘This bill presents the biggest threat to Gypsy and Traveller communities that we have seen for decades. We have seen huge opposition to these proposals, not only from the police but from across society in recognition of the implications for human rights and civil liberties.”

Earlier this year, parliament’s joint committee on human rights said clauses which would allow restrictions to be imposed on protests because of the noise they generate, create powers to limit one-person demonstrations such as those that take place regularly outside parliaments and provisions for increased penalties on people who breach conditions placed on protests, should all be scrapped.

While Labour voted against, the bill passed unamended through the House of Commons and committee stages, despite attracting widespread criticism.

Mike Barton, former chief constable of Durham constabulary, Owen West, former chief superintendent of West Yorkshire police, and Lord Paddick, former deputy assistant commissioner of the Metropolitan police, said: “Far from enabling the police to maintain public order, these provisions will place an onerous burden on police officers of every rank in the exercise of their professional discretion, subjecting the police to even greater political pressure.”