A jury heard the defendants renewed the passports of vulnerable alcoholics and drug users who did not travel, substituting pictures of people on the run from the police.

The prosecution said serious criminals used the passports to travel without being arrested.

Another man, Anthony Beard, alleged to be the ring-leader, has pleaded guilty.

The six defendants are aged between 41 and 73 and include a husband and wife and father and daughter.

Legitimate applicants wanting to replace an expired passport were matched with criminals of a similar age, sex and appearance who needed a false identity, the prosecution said.

The applicants were allegedly put under duress, or paid, to allow the defendants to take over the application.

They found a man born in 1982, three years before Moogan, the jury heard, and made an application to renew his passport.

A picture of Moogan was sent to the Passport Office, instead of the applicant.

A pub licensee was also found to countersign the application.

"It was obvious the application was not genuine," Mr Nicholson told the jury. 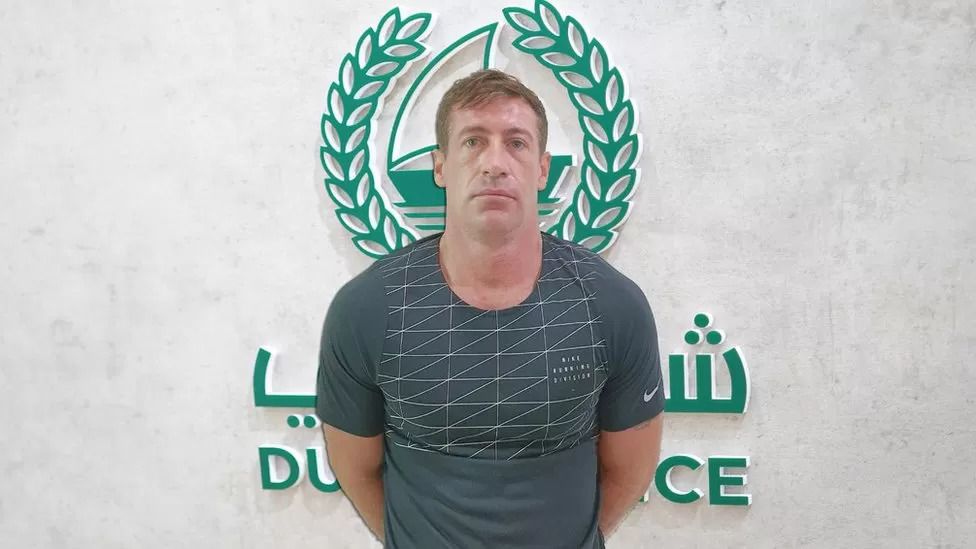 Michael Moogan
He said the gang allegedly arranged for the falsely obtained passport to be delivered to the real applicant's home address by an undercover officer.

The court was told that a handwriting expert will give evidence that Anthony Beard wrote the passport application giving a pay-as-you-go phone number which was later tracked by the investigators.

He allegedly used it to call the Passport Office to "chase" applications which had been delayed.

Beard's own phone and the "burner phone" were detected leaving the UK via Gatwick for Spain together using analysis of mobile phone signals, suggesting he was using the phone number which had been given during the passport application.

The NCA put Beard and other defendants in the case under surveillance.

The prosecution says they were looking at paperwork and it is alleged Mr Stephenson was one of those supplied with a passport by Beard.

The jury members were told they will also hear evidence from a listening device placed in the home of defendant Christopher Zietek, 67.

The recordings picked up the defendants using slang such as "books" for passports, "paper" for application forms and "smudges" for photographs, the prosecution will allege.

The prosecution says Mr Zietek was the "broker" for the gang, using his contacts with criminals, many of them in Scotland, to find buyers for fraudulent passports.

His daughter Juliet McCormack, 41, is also on trial, accused of delivering passports to a client in Portugal when another defendant, Michael Thompson, was not available.

Mr Thompson's brother Alan, 72, is accused of being a "trusted lieutenant" of Mr Zietek and is on trial with his wife, Mandy Smith, 63.

The final defendant, Kevin Crinnion, 73, is alleged to have helped with passport applications, including countersigning documents.

The jury will consider the cases of 12 fraudulently obtained British passports, and two from Latvia.

Among the criminals who paid between £5,000 and £15,000 for false documents were members of a Scottish organised crime group described as one of the most sophisticated Police Scotland has ever uncovered, the court heard.

The gang was involved with violence, drugs and guns.

Mr Nicholson KC said the passports supplied by the defendants on trial at Reading Crown Court were "highly sought after by criminals worldwide who wish to travel under different identities".

Many were wanted for serious crimes and their details had been flagged at entry points into European countries.

With fraudulently obtained, but genuine passports, they could travel without suspicion and use the documents to book rooms in hotels and obtain driving licences.

The six defendants have all denied charges of perverting the course of justice, by allowing wanted criminals to avoid being arrested, obtaining false instruments (the passports), and converting criminal property.

The trial is expected to last 10 weeks.