Passengers have been advised not to travel on trains unless necessary during strikes next week, with only a fifth of services due to run.

Network Rail said about half of all rail lines will be closed when thousands of workers walk out across Britain on 21, 23 and 25 June.

There will be no trains at all in many places including north from Glasgow or Edinburgh and to Penzance in Cornwall.

"Make no mistake, the level of service we will be able to offer will be significantly compromised and passengers need to take that into account and to plan ahead and only travel if it's really necessary to do so," Network Rail boss Andrew Haines said.

Network Rail, which owns and maintains the country's railways, said there would also be no passenger services to locations including Bournemouth in Dorset, Swansea in south Wales, Holyhead in north Wales, Chester in Cheshire and Blackpool in Lancashire.

Open lines include the West Coast Main Line from London to Scotland via locations such as Birmingham and Manchester.

Rural and district lines will be most affected by the action.

The timetable from 20 June to 26 June is still being finalised, but the number of services is expected to be around 4,500 compared with 20,000 normally, Network Rail said.

Disruption is also expected to carry over into non-strike days during the week, when only about 60% of services are expected to run.

This is due to not enough staff being on shift overnight to get services ready for the following day.

Several train operators including Southeastern, TransPennine and Avanti West Coast have urged passengers to only travel by rail if necessary, while Northern has asked people "not to travel" on trains between Tuesday and Sunday. 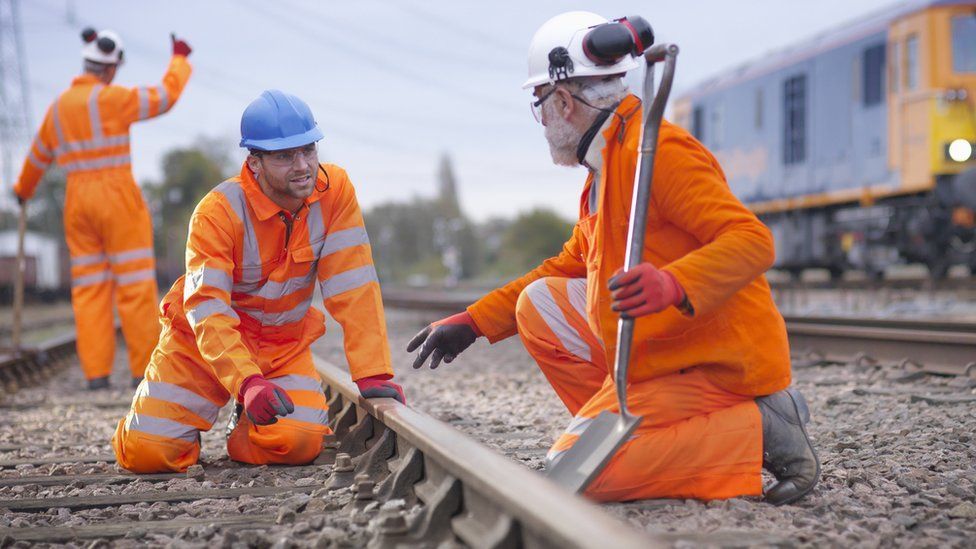 Several large events could be affected by the strikes, ranging from Glastonbury Festival, which runs from 22 to 26 June, to a cricket Test match between England and New Zealand taking place from 23 to 27 June.

Pensioner Linda is supposed to be travelling by train from Great Yarmouth to London for a Rolling Stones concert on 25 June.

She paid £100 per ticket but she is now unsure if there is any way for her to get there now.

"If I was to book a coach, it would cost a lot more - plus increase the travel time; two-and-a-half hours on the train becomes five to six hours on a coach," she told the BBC. "And there's no way we'd get to the concert in time."

Elsewhere, Megan, a 15-year-old pupil at Bradford Grammar School, doesn't know how she will get to school.

"Both my parents work. My mum is a doctor so she's got to be in [work] really early," she said. "I think we'll just have to organise lifts with someone."

"It's just stressful. With traffic and everyone getting a lift in, it's going to be a nightmare," she added. 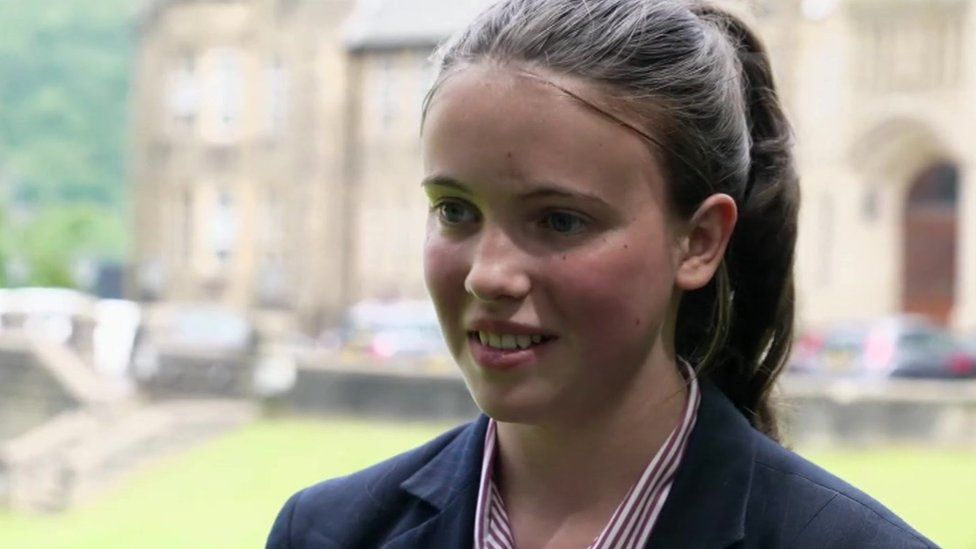 Megan is worried how she'll get to school

The school's bursar Homera Najib said about 300 pupils travel in by train from across Yorkshire and Leeds using the nearby Frizinghall station.

She has contacted parents who have to make their own alternative arrangements to get their children to school, she said.

"We know this is going to be a real inconvenience for our pupils, especially at a time when we've got public examinations going on," she said.

"These are the first public examinations in two years so something like this that really throws a spanner in the works doesn't help the levels of stress."

More than 40,000 RMT union members from Network Rail and 13 train firms plan to walk out. The industrial action, which has been described as the "biggest rail strike in modern history", involves union members which include railway staff such as guards and signalling operators.

RMT announced the strike action last week after talks over pay and redundancies fell through.

On the first day of the planned strike on 21 June, London Underground RMT workers plan to walk out in a separate dispute over pensions and job losses.

Andrew Haines, Network Rail chief executive, said talks with the union had "not progressed as far as I had hoped" and so preparations had begun for a strike.

The strikes may be less disruptive for commuters, with more people now able to work from home since the pandemic.

But the Rail Delivery Group, which represents train operators, said "millions of people", including those who cannot work remotely, students sitting exams and others travelling for summer events, would still be affected.

The mood music right now is that not enough progress has been made in negotiations to stop next week's walkouts.

Assuming they go ahead, there will be disruption across the whole week.

The involvement of Network Rail signalling staff means the number of trains that can run is particularly limited.

On strike days, the signallers' replacements can only cover 12 hours, hence services will start late and finish early - where they run at all.

Busy, key routes have been prioritised, meaning vast swathes of the country will be left with no services at all.

Network Rail says next week's action will cost up to £150m in lost revenue and aborted work.

The RMT union has claimed Network Rail plans to cut up to 2,500 jobs as part of a £2bn reduction in spending, with the proposed job cuts including workers who maintain tracks, signals and overhead lines.

It also said train operators had been subject to pay freezes and changes to their terms and conditions.

The RMT has called for a meeting with the transport secretary and chancellor, saying it had become clear that the Treasury was "calling the shots and not allowing rail employers to reach a negotiated settlement".

But a deal is "unlikely at the moment", said RMT's Eddie Dempsey, who accused the government of "relishing the thought of having a dispute to distract from some other issues".

The rail industry is under pressure to save money due to the financial impact of the coronavirus pandemic and Network Rail has said it wants to modernise working practices.

It estimated between 1,500 and 2,000 fewer staff would be needed, but insists this could be achieved through voluntary means.

As part of a separate strike, Aslef, a union representing train drivers, has announced walkouts at three companies in rows over pay on 26 June at Hull Trains, at Greater Anglia on 23 June, and on Croydon Tramlink on 28, 29 June and 13 and 14 July.