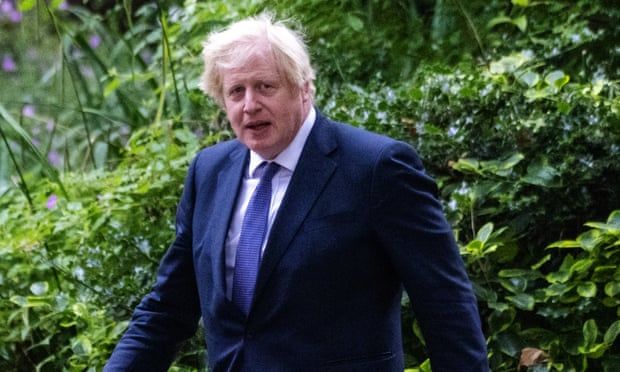 Downing Street has been accused of putting tens of thousands of lives at risk in some of the world’s poorest nations after Conservative MPs voted to cut billions of pounds in foreign aid for years to come.

Many of Johnson’s own MPs were outraged at No 10 for pressing ahead with a £4bn reduction in aid, from 0.7% to 0.5% of gross national income, with the former prime minister Theresa May saying the UK had broken its promise to the world’s poor.

The campaign group Global Justice Now said “every MP who has voted to sever the UK’s 0.7% commitment should know that blood is on their hands”, while the former prime minister Sir John Major said it showed “the stamp of Little England, not Great Britain”.

“It seems that we can afford a ‘national yacht’ than no one either wants or needs, whilst cutting help to some of the most miserable and destitute people in the world,” he said.

Rishi Sunak, the chancellor, saw off a sizeable revolt on the Tory benches by striking a compromise with some of the would-be rebels assuring them that the decision to cut the aid budget would only be temporary until the public finances have improved.

The Treasury then sprung the vote on the House of Commons with just 24 hours’ notice, with the whips applying pressure on Tories to vote in the government’s favour and threatening tax rises if they rejected the move.

Johnson opened the debate with a promise that it “was not an argument about principle – the only question is when we return to 0.7%”, with the cut remaining in place until there was no more borrowing for day-to-day spending and underlying debt was falling. After a three-hour debate, the government won the vote in the House of Commons by 333 to 298.

Those opposing the move – including 25 Conservative MPs, as well as Labour, the Liberal Democrats and the Scottish National party – believe it may lead to an estimated 100,000 deaths and millions facing malnutrition. They also argued it might not be reversed for more than five years under the government’s conditions, as it will take time to turn around the UK’s finances.

Keir Starmer described the move as “an indefinite cut” to the global aid budget. “Every living prime minister thinks this is wrong. There is only one prime minister prepared to do this and he is sitting there,” the Labour leader said, indicating Johnson.

May said she had been told by the government that it could be four to five years or possibly sooner for the public finances to have recovered sufficiently to go back to 0.7% but she “certainly does not believe” it would be that quick.

She told MPs: “I have been in this house for nearly a quarter of a century. During that time I have never voted against a three-line whip. As prime minister, I suffered at the hands of rebels … [but] we made a promise to the poorest people in the world. The government has broken that promise. This motion means that promise may be broken for years to come. With deep regret, I will vote against that motion today.”

Mitchell, the Conservative former international development secretary who was one of the rebel ringleaders, said: “It is quite possible these conditions will never be met.”

The government was “trashing our international reputation”, he said, and the measure would have an “enormous impact on our role in the world and above all on the huge number of people who will be very severely damaged, maimed, often blinded and, indeed, die as a result of these cuts.”

Another Conservative MP, Pauline Latham, said the government was “letting down the poorest people in the world [and] just devastating their futures for £4bn, which we’ve heard is 1% of what’s already been borrowed.”

Tom Tugendhat, the Conservative MP who chairs the foreign affairs committee, said he would not be able to support the proposals, which were a backwards step to a “yo-yo policy” on foreign aid.

David Cameron, the former prime minister whose government wrote the 0.7% pledge into law, said he was “sorry and saddened” by the Commons vote, adding: “I maintain that the cut to international development spending is a grave mistake. When we committed in 2013 to spend 0.7% of GNI on international development, the UK made a promise to care, to act, to lead.”

Those standing against the aid budget cut believed that at one point they had as many as 50 Tory MPs behind them, but they feared the whips had only agreed to hold the vote after securing the numbers.

The government made its unexpected move on Monday night to allow a vote, having previously resisted pressure to do so. It later released a letter from 14 Tory MPs saying they had changed their minds and would now vote with the party line.

Johnson justified the cut, saying: “We all believe in the principle that aid can transform lives,” and arguing that voting for the government’s motion “will provide certainty for our aid budget and an affordable path back to 0.7% while also allowing for investment in other priorities, including the NHS, schools and the police.”

He added: “As soon as circumstances allow and the tests are met, we will return to the target that unites us.”

But Melanie Ward, the UK executive president at the International Rescue Committee, said it would mean “the closure of lifesaving UK funded services in the world’s toughest places, at a time when humanitarian needs are particularly high and millions of people are facing starvation. It will have devastating concrete consequences: children will no longer be able to go to school, marginalised communities will go hungry and lives will be lost.”

Mike Adamson, the chief executive of the British Red Cross, said the cut would “exacerbate an already devastating reality for millions of people in need of urgent assistance”, while Rebecca Newsom, the UK head of politics at Greenpeace, said the cut risked becoming permanent and had undermined the chances of success at climate talks due to be held this year in Glasgow, as well as “threatening millions of livelihoods in poorer nations around the world”.
Add Comment