It turned out that our deposit hadn’t been protected and the house was unlicensed. We won £15,000

Like lots of tenants, my housemates and I had a bad experience with our landlord. We lived for months with damp and mould, endured his reluctance to carry out basic repairs, and were messed around when it was time for him to return our deposit. Unlike most tenants, we took our landlord to court – and won £15,000.

In November 2020, as we settled into a winter lockdown, our landlord told my housemates and I that we would have to leave as he was looking to sell the property. The next thing we knew, we were spending hours in the garden in our coats and hats, watching people view our home through the living-room windows like sad animals in a depressing renters’ zoo. “These are the current tenants,” the estate agent would say as we bared our teeth at a succession of clean-faced young professional couples.

Our landlord had seemed convinced that my housemates and I were engaged in a mutually beneficial relationship with him; even after selling the house we had been inconveniently living in, he continued to consider ours a partnership based on trust. So firmly based on trust, in fact, that when we asked him where he had protected our deposit, he was downright aggrieved. Friends don’t ask each other questions like that, seemed to be his attitude. We only asked about this because he had taken about £700 off our deposit on spurious grounds.

Unsurprisingly, he had not protected the deposit, which is a legal obligation for landlords. Nor had he licensed our home as an HMO (house in multiple occupation). As a result, with the help of the tenants’ rights charity Justice for Tenants, we had a case against him.

There are three recognised deposit protection schemes in England, which you can contact to check whether your deposit has been registered or not. If a landlord hasn’t protected your money, they will be liable to pay up to three times the deposit back to their tenants.

The HMO licence is another legal obligation for properties with several tenants (if you are, for example, renting to a group of friends rather than a single family unit). To obtain an HMO licence, landlords need to register with the relevant local authority and show they have passed a series of checks relating to, among other things, gas and fire safety.

Licensing requirements vary by local authority, but they will be available on your council’s website. You can find out if your property is HMO-licensed by contacting your local authority; failure to do this in accordance with the authority’s regulations carries significant penalties. Research from 2019 estimated that as many as 130,000 properties in London were not HMO-licensed; ours, you may not be surprised to learn, was among them.

The straightforwardness of the law means that proceedings like the one Justice for Tenants launched on our behalf are similarly straightforward. The group operates on a no win, no fee basis, so we did not have to pay any legal costs upfront – it just took a share of the final award. 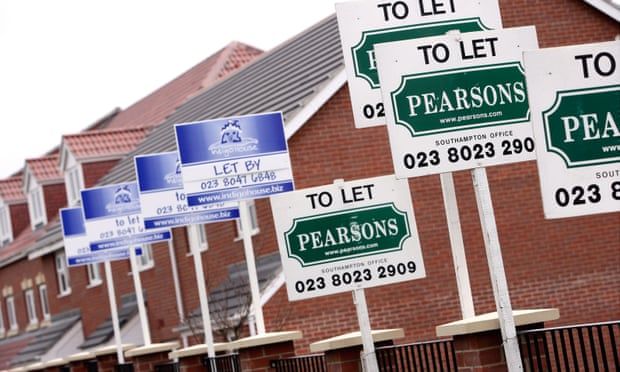 ‘Despite positive noises from the government in recent months, England has no national landlord register.’

As a member of a renters’ union and having often worked around housing legislation in my professional life, I was quite sanguine about the risk of losing, which – given the information and legal support we had – I knew to be extremely low. Landlords rely on people not knowing their rights and not bringing these kind of proceedings, and not on the legal merits of their actions themselves. It is ultimately a numbers game; the number of people who will contest landlords’ malpractice is going to be quite low, and probably low enough for them to feel they can get away with it.

For the proceedings, we provided various pieces of documentation relating to our tenancy, along with witness statements, and Justice for Tenants did the rest of the legal filings. Other organisations like Flat Justice, Acorn or your local renters’ union will also be able to help you with representation and advice if you think your landlord has been in breach of their obligations.

It is helpful in cases like ours to keep records of a landlord’s bad behaviour – failing to fix appliances, damp, mould, not giving notice for inspections and so on – as these things, although not actionable in themselves, will strengthen the case by indicating the landlord was more broadly not fulfilling their responsibilities.

Some time after we had submitted everything, we received a court date for the hearing. If our case had happened a year previously, it would have been open and shut; if you don’t license your property, you will have to pay your tenants a year of back rent. Unfortunately, from the perspective of tenants, in October 2021 some new case law – Williams v Parmar, for the legally minded – set a precedent that encouraged judges to consider the position of the landlord and to make financial awards accordingly. As a lot of this legislation is premised around deterrence, if your landlord owns several properties or is what is sometimes termed a “professional landlord” (although possessing assets is not a job), they are more likely to receive harsher penalties.

On the advice of Justice for Tenants, we settled for what ended up being £2,350 each before the hearing, with the non-profit organisation taking a similar share.

The experience of renting is one that feels, probably more than anything else, unfair and exploitative. Mortgage repayments are, generally speaking, less than rent, while the private rented sector has grown exponentially since the millennium, with little corresponding growth in regulation.

Despite positive noises from the government in recent months, England has no national landlord register, and London, since the lifting of restrictions, has been an unusually tough market for renters. The refreshingly straightforward legal reality of the rent repayment order constitutes a small way to level this most unlevel of playing fields.

I don’t consider myself a particularly avaricious person, but I can confirm that if money won is sweeter than money earned, money won from your landlord is sweetest of all.