When his grandmother was diagnosed, Fernando Peres realised how ill prepared countries like Brazil are for treating dementia

It took one year and countless visits to various doctors in Porto Alegre, in southern Brazil, for Fernando Peres to find out what was behind his grandmother’s strange behaviour.

After undergoing clinical tests, Peres’s grandmother, Nilva Aguzzoli, 73 at the time, attended a doctor’s appointment with her grandson to get the results. Two minutes before the end of the 15-minute appointment, the doctor announced that his grandmother had Alzheimer’s disease before standing up and bidding them farewell.

“I wanted him to explain what was happening. But the appointment was over and we had to go back home,” remembers Peres. “I thought Alzheimer’s was what Dory, the blue fish in Finding Nemo, had. I thought my grandma was going to say: ‘Hello, my name is Nilva, hello my name is Nilva’ many times a day.”

Peres returned home, searched for Alzheimer’s and was hit by a barrage of information about all the negative aspects of a brain disorder that slowly destroys memory and thinking skills and, eventually, the ability to carry out the simplest tasks.

Peres ignored his grandmother’s diagnosis until two years later when he realised she had briefly forgotten who he was. Aguzzoli and her family had been left by the public health system to fend for themselves. They were not referred to any organisations or given additional support.

According to Dr Alexandre Kalache, president of the International Longevity Centre – Brazil, this is standard practice in the country. “Infrequently will anyone get follow-up care if diagnosed with Alzheimer’s … We lack a national policy. Only one out of four countries has a proper national plan to deal with dementia. This is a big problem.”

Alzheimer’s and dementia more widely remain stigmatised and misunderstood, even among healthcare professionals, adds Kalache. This does not bode well for a growing population of older people in Brazil. There are 33 million people over the age of 60 in the country, he says0; in less than 30 years, there will be 67 million. 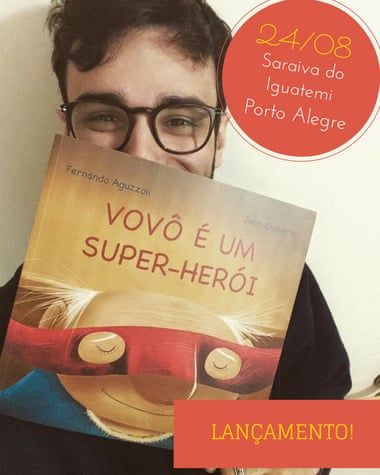 Fernando Peres with a book he wrote for children about his grandmother, Nilva Aguzzoli, who developed Alzheimer’s disease before dying in 2013, Porto Alegre, in southern Brazil

Estimates put the number of people with dementia in Brazil at up to 1.5 million. “Developing countries are getting old in a shorter period of time without resources and with poverty,” adds Kalache.

Driven by a lack of understanding around Alzheimer’s and an immense love for his grandmother, Peres has dedicated his life to raising awareness of the condition. At first, he created a Facebook page that tracked what he and his family experienced on his grandmother’s journey with Alzheimer’s.

Peres wrote about conversations and situations between him and his grandmother, and also gave tips for how to manage certain behaviours and situations. He wrote about their interactions with humour and the page grew to have about 150,000 followers.

Part of the reason for doing it was to show how you could lead a fulfilling life with Alzheimer’s. He says: “There were weird moments when all of a sudden my grandma would scream at me in the street, calling for the police and help. Yes, those weird moments happen but that doesn’t mean you won’t live good moments as well.”

There was one experience that he will never forget. His grandmother had always wanted to visit Iguaçu Falls but was too scared to get on a plane before she was diagnosed with Alzheimer’s. One day he asked whether she would consider flying and she replied yes. “She had changed with Alzheimer’s,” says Peres. “I said to my mum, ‘this is our chance, let’s take her.’ We went. It was a hell of a journey. She got there and was crying. It was her dream and she was amazed at the view.” 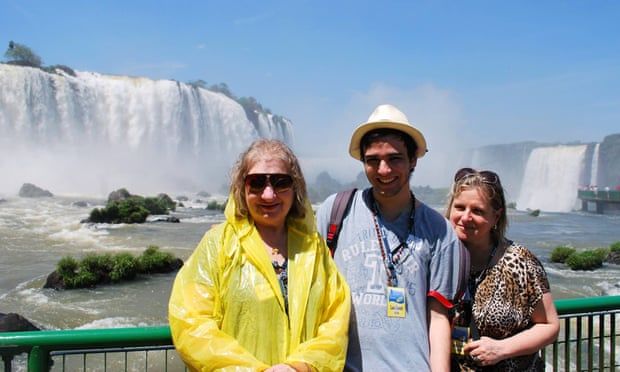 Fernando Peres with his grandmother, Nilva Aguzzoli, and his mother.

Back at the hotel, she forgot what had happened and people questioned whether it had been worth it. But, as Peres says: “I saw her excitement when she was there. It’s not about the memories, it’s about the emotion.”

After Aguzzoli’s death in 2013, Peres decided to publish a book they had been writing together about their journey together with Alzheimer’s. It sold more than 300,000 copies and Peres has gone on to write four other books about the condition, some aimed at children.

Today, he is heavily involved with the International Longevity Centre – Brazil, as well as a patient organisation; he is a member of the World Young Leaders in Dementia and also the director of an institute that bears his grandmother’s name, Instituto Vovó Nilva, which promotes innovation in dementia.

As part of its work, he, along with two others, is planning to gather people with dementia and their carers as well as researchers, advocates and health professionals to walk 50 miles of the Camino de Santiago, a pilgrimage in northern Spain, over four days next year. The aim is to draw attention to the importance of developing friendlier societies for families facing dementia. A documentary about the project is in the works.

“It’s a project to empower people with dementia and their families,” he says. “After getting a label, people will say you can’t travel, you can’t walk the Camino, you can’t do anything any more. We’re doing the opposite.”