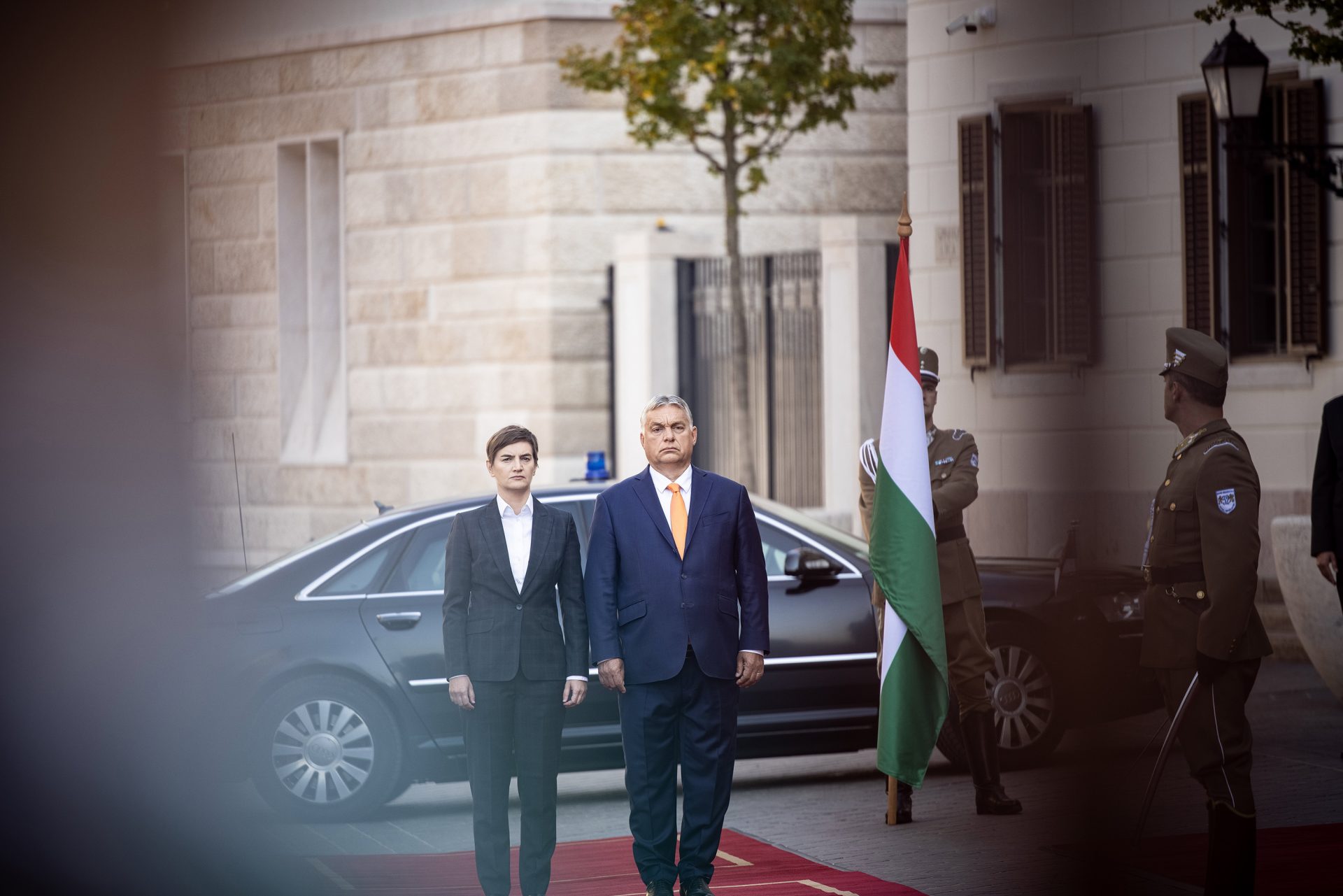 Hungary and Serbia will join forces to stop potential migration waves and so protect Europe, including Germany, where many of the migrants are headed, Prime Minister Viktor Orbán said on Wednesday, after talks with his Serbian counterpart, Ana Brnabic.

Orbán told the joint press conference after the meeting that Europe had to be protected from a new wave of possibly millions of people heading towards Europe in the wake of “the US failure in Afghanistan”. Should the migrants choose to travel by land, Serbia and Hungary will find themselves in a very difficult situation, he said.

“Governments, NGOs and Soros organisations previously in favour of migration” are now clearly just as ready to support migration from Afghanistan, Orbán said. This, however, is diametrically opposed to Hungary and Serbia’s interests, he said.

Serbia’s European Union membership is key to the bloc’s safety, he said. “We are protecting Hungary and Serbia, we are protecting ourselves but we all know these migrants do not want to live here, they are on their way to Germany. So when we protect ourselves, we are also protecting Europe, including Germany, as we did so many times over the centuries. This is true even if we get no appreciation, let alone gratitude,” he said.

Answering a question, Orbán said migration pressure is expected to grow, since “there are already around 4 million internally displaced people in Afghanistan”. “If this crowd finds a way out and leaves, they will make their way through Turkey to the region of Hungary and Serbia,” he said.

The two countries will have to strengthen their southernmost defence lines to stop migration, Orbán said. At the same time, “Germany’s stance, whether they want migration to be stopped or want to open a humanitarian corridor, remains to be seen.”

“History has shown that we were never given help but rather designated as a bumper zone when internal regions of Europe were threatened and we had to protect Europe,” Orbán said. “They continued that practice for centuries. I can’t see any sign of that approach changing,” he said.

Orbán insisted that Hungary had protected Germany in the 2015 migration crisis “while the Germans continued to stab us in the back, in the rule of law procedure as well as on the issue of erecting a border fence”. “We can only count on ourselves but we are strong enough to face that challenge,” he said.

The strategic partnership agreement the two prime ministers signed ahead of the press conference are seen as long-term commitment in Hungary, Orbán said, “a strategic agreement of friendship and partnership that will be a secure point in the ever-changing waters of foreign policy in the coming decades.”

The agreement focuses on the economy, with connections — border crossings, economic ties, border control, road, railway links and river transport — in the spotlight, he said. The reconstruction of the Budapest-Belgrade railway line will be completed by 2025, creating a transport route through Serbia and Hungary for goods from Greek ports to the west and vice versa, he said.

Orbán noted the growing cargo traffic at the border crossings between the two countries. The Roszke-Horgos and Tompa-Kelebija (Kelebia) crossings will undergo major reconstruction to increase their capacity by the end of 2022, and the government is looking into opening the crossing at Hercegszanto-Backi Breg (Bereg) for cargo traffic, he said.

Regarding energy cooperation, Orbán said the interconnector allowing the transport of 8.5 billion cubic meters of liquid natural gas to Hungary annually was of “strategic importance” for the country’s energy security.

Besides the agreement signed by the heads of government, Hungarian and Serbian ministers signed agreements on cooperation in agriculture, economy, joint border patrols, hovercraft services between the two capitals and other projects.

Serbia and Hungary have developed a highly successful cooperation over the past seven years, Ana Brnabic, the Serbian prime minister, said. Speaking at a joint press conference, Brnabic called the bilateral agreement concluded on strategic partnership “a pinnacle of cooperation” since the first Hungarian-Serbian joint government meeting was held in 2014.

The partnership agreement, and several other bilateral agreements signed today, are results of that cooperation, confirming Serbia’s commitment to strengthening relations and deepening friendship with Hungary.

Brnabic thanked Hungary for its support to Serbia’s prospective EU integration. She noted a separate agreement signed at today’s meeting on Hungary sharing expertise in the progress.

Speaking about economic ties, Brnabic noted that Hungary is Serbia’s third most important business partner and is seen to become number two with bilateral trade continuing to rise. She highlighted joint infrastructural projects that reflect “a high level of mutual trust”.

Cooperation between Hungary and Serbia are excellent “even from a historical perspective” and yields great economic gains for both countries, the foreign ministry quoted Foreign Minister Peter Szijjarto as saying in a statement on Wednesday.

Speaking after the Hungary-Serbia summit, Szijjarto said that bilateral trade had increased by 37 percent in the first half of 2021, and its turnover would have exceeded 3 billion euros by the end of the year.

Hungary’s Eximbank has set up a credit line of 135 million euros to provide loans to promote trade cooperation between Hungarian and Serbian businesses, he said.

Currently government-financed projects by 16 companies are under way in Serbia, he said, adding that the grants amounted to 20 billion forints (EUR 57.2m) and the projects were worth a combined 40 billion.

Representatives of the two countries signed an agreement on improving links, under which a hovercraft service on the river Danube between Belgrade and Budapest will be launched before next summer. Szijjarto added that all preparations had been completed in connection with the Szeged-Subotica (Szabadka) railway line, to ensure a “comfortable and fast” train ride from next summer on.

Serbia and Hungary have also agreed to accommodate each other’s diplomats in countries where the other country does not have an embassy, Szijjarto said, adding that Hungarian diplomats had already started working at the Serbian embassy in Zambia, and the same will happen in Congo, while Serbia will delegate diplomats to Hungary’s embassies in Malta and Chile.