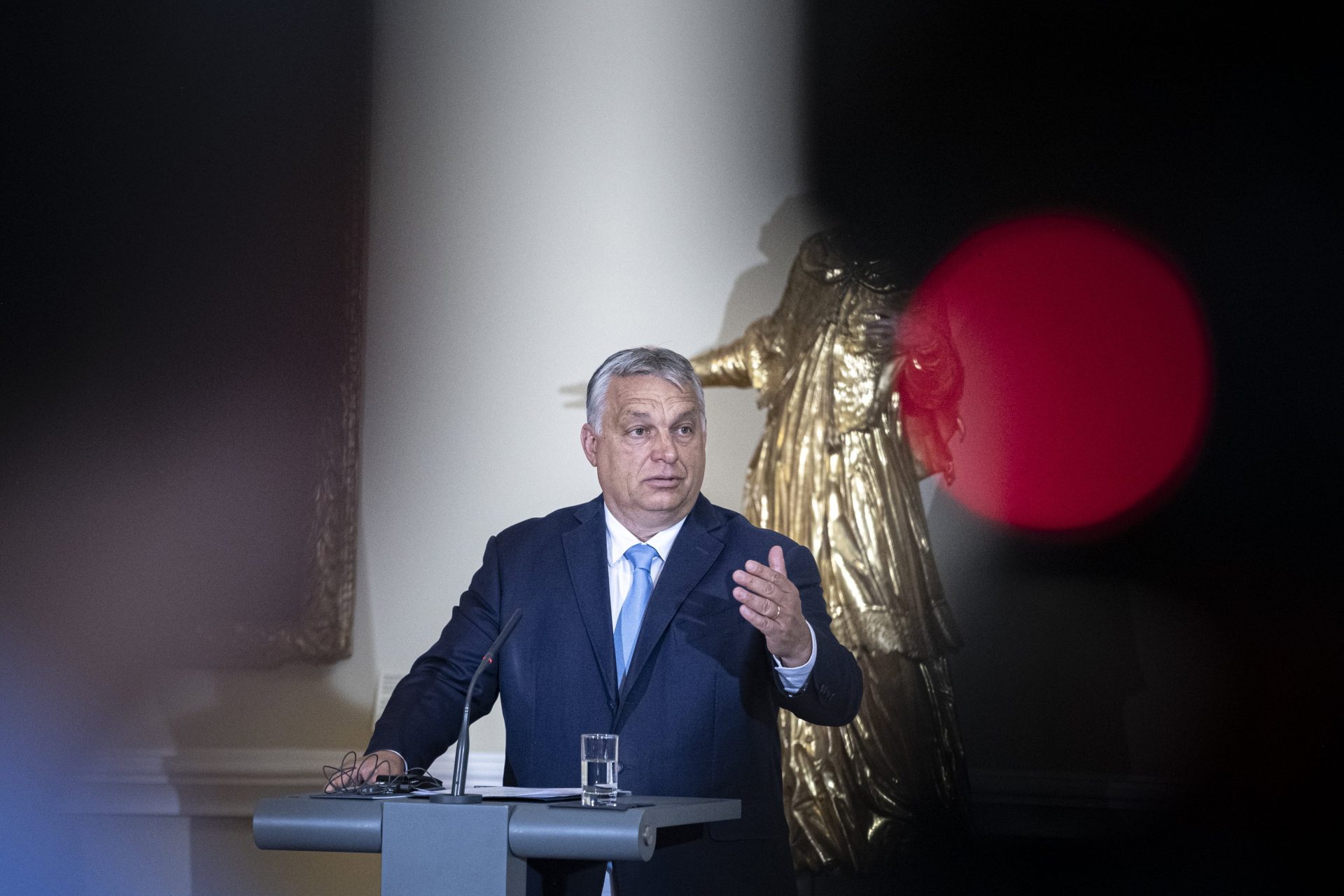 The political and economic weight of the region will further increase, but it requires the Visegrad cooperation to continue, he said.

Orbán said that in terms of reducing unemployment, the Czech Republic “is one step ahead of us”, adding that Hungary also wanted to have a debt rate as slow as its northern neighbour.

He said his visit today was aimed at strengthening the Czech-Hungarian axis of the Visegrad Four cooperation, arguing that without the Czech Republic’s commitment towards the V4 the group cannot function. “The Visegrad Group needs the strength and political influence of the Czech Republic,” Orbán said.

In connection with migration, Orbán said a new, massive wave of migrants could not be avoided with millions of people leaving Afghanistan. Many of them will choose a route through the Balkans and Hungary, he said, adding that Hungary would continue to protect its own borders, as it will also protect Europe.

On the topic of Czech-Hungarian economic cooperation, Orbán noted that it had reached record levels. The volume of bilateral trade this year has gone up by 26 percent, Hungary has currently 330 Czech companies as foreign investors employing several thousands of people, he said, adding plans for Hungary to extend cooperation in the areas of telcom, agriculture, energy and defence.

Hungary is ready to work in close, friendly cooperation with the government of Andrej Babis based on mutual respect in future, Orbán said.

In reply to a question, Orbán said that the gas purchase agreement Hungary signed with Russia earlier this week is a matter of Hungary’s sovereignty, and Ukraine has nothing to do with it.

Hungary is a sovereign state and will purchase gas from whichever country it chooses. “It is up to us alone to decide which route we use to bring this energy to Hungary,” he said, adding that in selecting the route the only criteria is that it should provide the greatest security.

“We wish that the Ukrainians should cope with their own problems and leave us out of it,” Orbán said.

“We, central Europeans are destined to success and will prosper if we are allowed to. We do not ask for extra assistance but fair treatment,” he said.

It is unfair, however, that eight member states haven’t yet got access to the post-pandemic recovery fund the EU decided to grant to each country, Orbán said. “This is not a matter of money but lack of equal terms in competition,” he said.

The European Commission is making a difference between member states and those who get assistance later fall behind in the competition, Orbán said. If the EU guarantees equal treatment, abstains from abusing its powers and acts correctly, central Europe will continue its success story, he added.

“We have three major battles with Brussels,” Orbán said, referring to migration, the involvement of “LGBTQ activists in the education of our children” and green policies which could bring about exorbitant energy prices.

“We should win these three battles for the central European success story to continue,” he said.

Orbán said that the western countries are unable or unwilling to protect their boundaries, and let migrants in without any control. Later on, however, they complain about all migrants staying on their territory and call for distributing them. But this is a wrong approach. All countries should defend their borders and if they are unable to, then they should ask for assistance,” he said.

Orbán reiterated that Hungary rejected the compulsory migrant quotas and welcomed that the Czech Republic shared its position.

Addressing the press conference, Babis said the Czech Republic owed it to Hungary that there are no illegal migrants in the country today.

“In 2015, Hungary was the only EU member state to protect the bloc’s Schengen borders. Thanks to the fence Hungary then erected at its border, the Czech Republic today does not have to struggle with the problem of illegal migration,’ he said.
#afghanistan
Add Comment