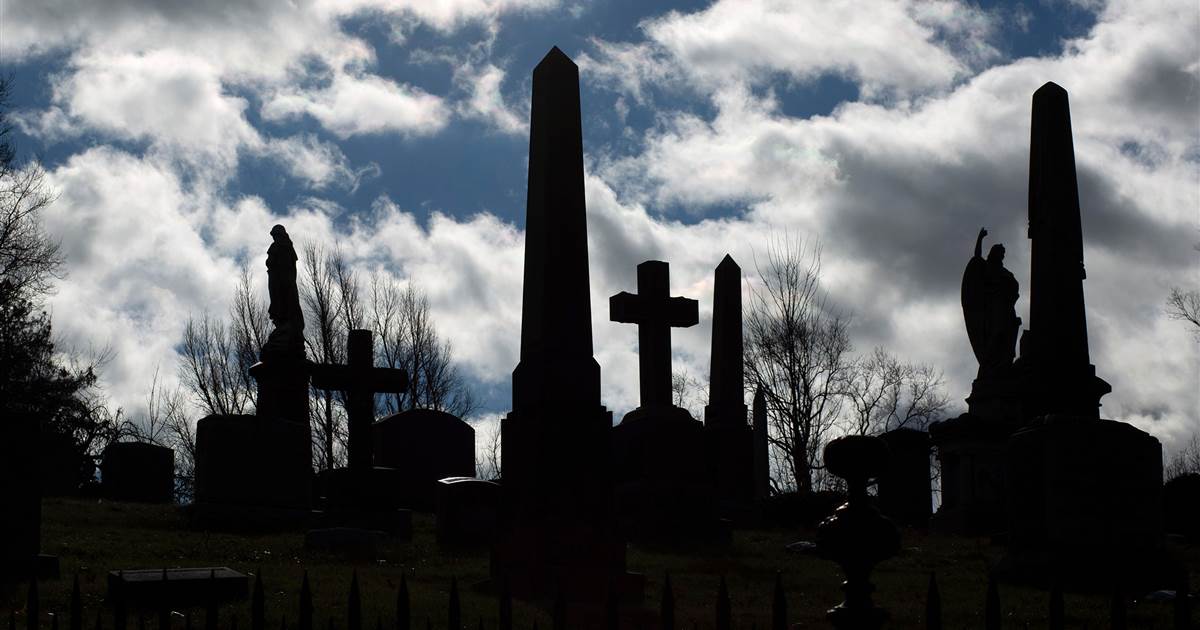 Your body can have a life after you die. But you have to think outside the box.

There are many options for what happens to your body after your death. But there's only one real way to give it a long afterlife.

Gardeners can be very picky about the kind of compost they use, but this year Washington-based business Recompose has begun making it from a new ingredient: human remains. Intended as an eco-friendly funeral alternative, interested parties should perhaps be forewarned: It takes a couple of months to go from corpse to compost.

But (legally) composting yourself or a recently departed loved one is by no means the only unusual alternative to traditional burial or cremation.

You — or someone's remains for which you are legally responsible — can now be buried in a suit made of cotton and mushroom spores, intended to make a person's body into fungus food. (The process also claims to clean heavy metals from the deceased's remains before they seep into the soil.)

If one is a fan of the ocean, there are companies that will take cremated remains and incorporate them into artificial reefs to act as a home for coral and fish.

If you’d prefer your earthly remains to stay closer to your loved ones (or they would prefer to keep your remains close), your post-cremation ashes can be made into a diamond and worn as jewelry or transformed into a glass paperweight for a bizarre cubicle talking piece.

Conversely, if you’d rather get away from Earth altogether, you could have your ashes shot into space, where they would then orbit the Earth before disintegrating upon future re-entry. If you’d like to really get away, your ashes could be shot out of orbit and into deep space. That is what was done with the remains of Clyde Tombaugh, who discovered Pluto; his remains came within 8,000 miles of the dwarf planet and are currently over 4 billion miles from Earth.

After hearing the many options of what to do with your body after you’re done using it, you might have some questions. But the deeper question you might want to ask may be why we care what happens to our dead bodies at all.

Part of the issue is that many religions believe what happens to our remains is important. Hindus cremate their dead because they believe their souls will only leave their bodies if forced to leave. Zoroastrians believe that dead bodies are impure and must be disposed of properly. Ancient Egyptians believed their bodies needed to be preserved because they were the vessels that contained their spirits.

But even people who don’t hold beliefs about the importance of the physical body in the afterlife still follow funeral customs. Around the world, most people (even those without a belief in an afterlife) would be weirded out by the prospect of the body of a loved one (or their own body) being unceremoniously tossed into a landfill, which is strange when you think about it. After all, it’s not as if dead people need their bodies for anything: They’re dead.

Clearly, another part of the human adherence to funeral rituals across time and cultures has to do with a desire to be remembered after we are gone and the idea that we now express as some version of “funerals are for the living.” A gravesite can help keep the memory of the deceased alive for their remaining loved ones, give mourners a specific place to commemorate the dead and make them feel closer to the deceased. But if you really think about it absent our cultural norms, even this is a bit odd, because you aren’t actually closer to the person who died at a gravesite.

You’re just closer to their corpse or ashes, and regardless of your personal belief system, you probably actually consider the intangibles of a person — whether you want to call that their heart or their soul or their mind — the essence of what makes them who they are, rather than their physical body.

Yet while we know that, we still have difficulty separating the idea of the mind from the body. Perhaps that's because we can’t communicate with other humans without interacting with a physical body to some degree. Disrespecting a person's remains, no matter how little they "are" the person anymore, still feels like disrespecting the person.

So why, then, do some people want their bodies to become compost, coral reefs or mushroom food? A major motivator seems to be concern for the environment. The embalming fluid used to keep remains presentable for typical American funerals is good at preserving dead things but can also make other things die (if, for instance, it's ingested by underground organisms — though U.S. regulations mandate that caskets be sealed to avoid things inside from leaking outside).

And while cemeteries only cover a tiny fraction of the Earth’s surface, they are often located in cities, where land can be in short supply, and severe water events like floods can cause serious issues for the living, who generally prefer that caskets (and the bodies inside them) stay buried.

Plus, traditional funerals and burials can be prohibitively expensive. Add to that a general decline in people practicing organized religion, and it means that more people in the United States are not restricted by the rules and regulations of faith traditions that might prohibit certain post-death practices.

Cremation, then, is often seen as a more eco-friendly (and much less expensive) alternative to burial, but burning the deceased's remains releases greenhouse gases and mercury into the atmosphere — although a relatively new form of cremation produces fewer emissions and uses less energy.

So becoming compost — or something similar — seemingly lets your body do some good after you’re gone. The opportunity to help others is the ethos behind the similar, but much older, practice of Tibetan sky burials (though, in a sky burial your body provides sustenance for vultures instead of hydrangeas).

But if you actually want to make a difference after you’re gone, there are better choices than turning your body into compost or vulture food. You can make compost out of human remains or the leftovers you forgot at the back of the refrigerator, but only one of those can save lives when used in a different way.

First and foremost, you can register as an organ donor. You won’t need your kidneys after you shuffle off this mortal coil, but there are more than 80,000 Americans who could use them right now and a single organ donor could potentially save eight lives.

While organ donation generally still leaves people with the option for burial, cremation or composting, there’s another option: donating your remains entirely to science. Donated bodies are used to train the next generation of doctors in medical schools, provide insight into human variation and even reveal how our bodies naturally decay — to help forensic anthropologists identify murder victims and catch their killers. Like organ donation, donating a body to science can save lives.