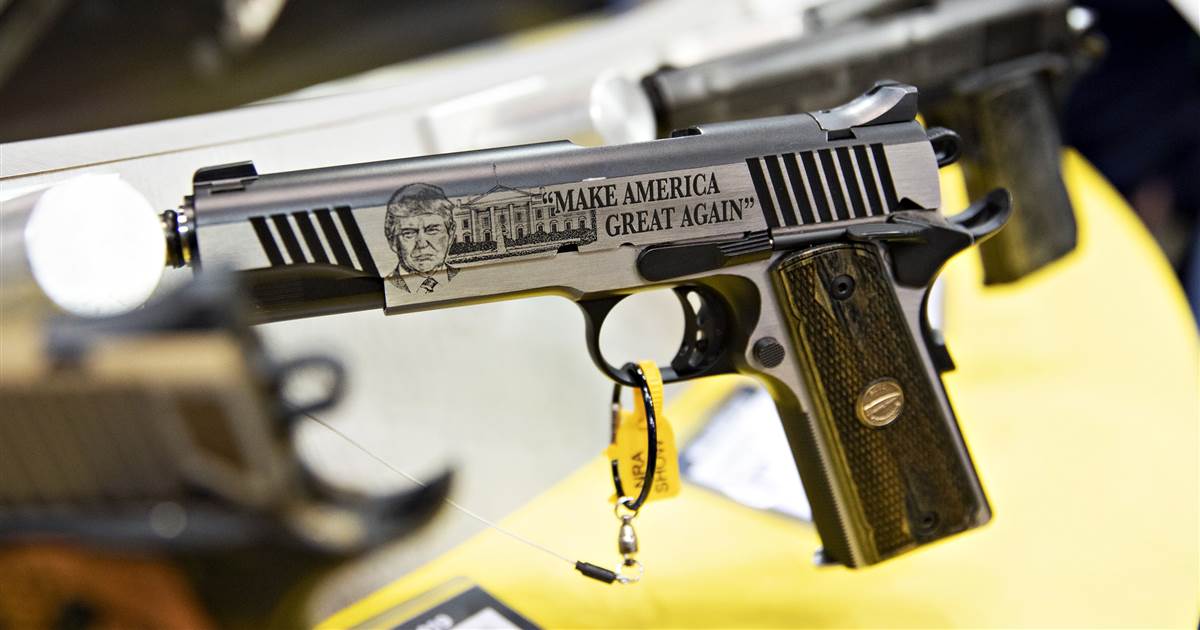 Who's to blame for lax gun laws? In part, Catholics like me

I am a Catholic who for decades has tacitly supported laws and policies that increase gun deaths through my pro-life vote.

This Easter Sunday, Christians around the world celebrate Christ’s resurrection, an event that marks, for us, the ultimate triumph of life over death. It’s a time of great rejoicing among Christian communities and is the cornerstone of the Christian faith.

In modern, secular democracies, Christian voters often wrestle to reconcile their faith with a range of local political challenges and national attitudes. Although those challenges tend to be similar among those democracies — for instance, issues of taxation and immigration — in only one of those countries are Christians and their neighbors25 times more likely to be killed by a gun: the United States.

Who’s to blame for the lax gun laws that enable this shameful national embarrassment to continue? Lawmakers and the gun lobby both come to mind. But frankly, I have also been part of the problem — because I am a Catholic who for decades has tacitly supported laws and policies that increase gun deaths through my pro-life vote.

While complete eradication of gun deaths is never going to happen in a country with more guns than citizens, the reason we have around 40,000 gun deaths each year is because we tolerate it. As a Catholic combat veteran, I’ve spent time carrying both my weapon and my rosary. In the Army, we emphasized training, safety and accountability whenever we dealt with weapons. That’s why I am dumbfounded by how irresponsible our civilian gun policies are in contrast.

Although mass shootings — such as the most recent ones in Atlanta; Boulder, Colorado; and Orange, California — receive significant media attention, our 40,000 annual gun deaths happen mostly outside of the spotlight. There are proven ways to reduce gun deaths and to help keep guns away from the wrong people. We should begin with one of the most straightforward and politically popular policies: passing a federal universal background check requirement on all gun sales.

The U.S. House recently passed a bill requiring background checks on gun sales, including private sales via the internet and at gun shows. It passed the same bill in February 2019, and the Republican Senate never even voted on it. This new bill might get a vote in this Senate, but it will almost certainly fail due to the obstinance of Republican senators.

All this despite 89 percent of voters — including 83 percent of Republicans — in 2019 favoring background checks on all gun sales, which is a level of bipartisan agreement that’s tough to find these days. But the Republican Party leadership listens to the National Rifle Association more than their constituents. The NRA spent $1.6 million lobbying Congress during the 2019 fight to effectively make it easier for domestic abusers, fugitives and convicted felons to purchase a gun.

Sadly, many of us pro-life Catholics have been propping up that dysfunction with our donations and our votes, telling ourselves that the issue of abortion holds a higher call on our partisan loyalties. While polls show that Catholics are as evenly divided between the parties as the rest of the country, regular Mass attenders like myself tend to roll our eyes at these polls because we know they are skewed by people who self-identify as Catholics but haven’t seen the inside of a church in some time.

Among practicing Catholics, partisan loyalties skew much more toward Republicans, and one of the main issues that keeps them there is abortion. Yet abortions in the United States have been on a course of consistentdecline, through Democratic and Republican presidencies alike, to historic lows — lower than they were when Roe v. Wade was decided in 1973 and abortion was illegal in most states. At the same time, the opinion of American voters on abortion is at a standstill, unchanged from where it was 25 years ago.

Instead, Catholic voters should look to where they can make a difference. Unlike abortion, there is ample opportunity for pro-life Catholics to help shift gun policy in a way that is more closely aligned with the U.S. Conference of Catholic Bishops’ position on guns. The conference favors background checks on all gun sales, bans on assault weapons and other reasonable positions.

Its position is consistent with Americans’ constitutional rights. For instance, we already have a background check system that works for federally licensed firearms dealers — the loopholes just need to be closed. And as it relates to assault weapons, the U.S. has long had restrictions on certain gun types that are noncontroversial as they relate to the Second Amendment.

Here’s why these loopholes urgently need to be closed: In a story that’s tragically familiar, a Wisconsin man was arrested for raping his wife at gunpoint and released on bond with instructions to not see his wife or possess firearms, USA Today Network-Wisconsin reported in 2018. Yet upon release, he purchased a 9 mm Glock handgun and used it to kill his wife and himself with their children nearby.

How did he obtain it? He easily avoided the federal background check process by going to ArmsList.com, which brokered a transaction between him and a private seller that they completed in a Walmart parking lot, according to the report. In the U.S., a gun purchaser must pass a background check process when they purchase a gun from a licensed firearms dealer, but people who know they won’t pass it will arrange for a private sale and avoid the process. The legislation passed by the House closes this loophole. In this case, the man shot and killed his wife the next day.

There is nothing in any of this that is consistent with the Gospels, nor is there any excuse for our silence in the face of so many preventable deaths.

We live in a time of shifting alliances, when voters are re-evaluating long-held party affiliations and finding new political homes. This presents Catholics with a historic opportunity to make an impact on gun policy that can be more aligned with Catholic social teaching.

As things currently stand, “the believer is literally homeless in the party structure of the United States,” San Diego Bishop Robert McElroy noted on the podcast "Voting Catholic" last year. “There is no partisan platform that even begins to approximate what Catholic teaching is.”

But if Catholic contributors to Republican candidates decided to sit on their checkbooks, and Catholic voters decided to sit on the sidelines for an election cycle or two until the party decides to be less in thrall to the NRA, they could begin to push the GOP to bring its policies on guns more in line with the Gospel-based principles expressed in the Conference of Catholic Bishops’ position.

The average Catholic voter has a lot of power in the Republican Party, something our immigrant forefathers would never have imagined. Catholics need to move beyond “thoughts and prayers” for victims of gun violence and convert them to action.

We Catholics are an abundance people. We reject false dualisms. We are a “both/and” Church, not an “either/or” one. Jesus was both human and divine. We believe in faith and reason, Scripture and tradition. To be pro-life can’t be about abortion or gun safety. It has to be both, along with other positions that protect and promote life.

Within our bifurcated political system, we can push for responsible gun policy in a way that is aligned with, rather than contrary to, our Catholic values. This Easter season is time to celebrate life over death. To borrow a phrase from St. Paul’s letter to the Corinthians, there is a more “excellent way.” Let’s take it.
Add Comment