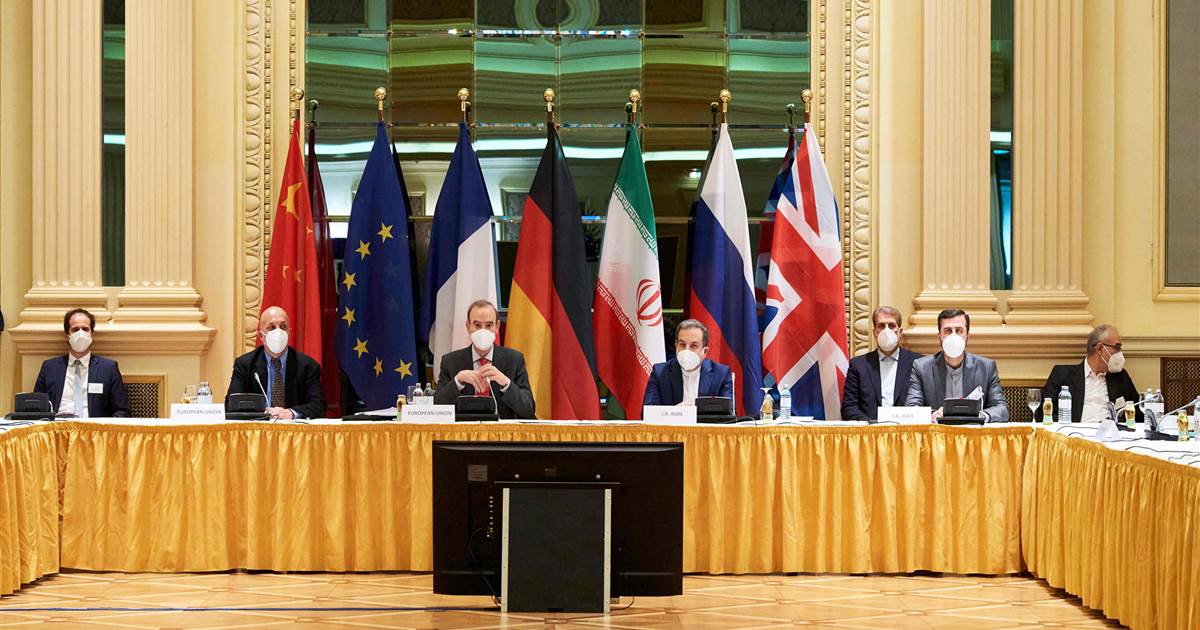 It should be possible to put the pact back together, but not if the president listens to the siren song of junking the old agreement for "a better deal."

Delicate talks to restore constraints on Iran's nuclear program began in Vienna on Tuesday between the United States and other leading countries. Their task is to undo the damage Donald Trump caused when he left an agreement that had effectively shrunk Iran's program, frozen it for a generation and put it under lock and camera.

It should be possible to put the deal back together, but not if President Joe Biden listens to the siren song of junking that agreement for "a better deal."

Biden was part of the process that produced the historic agreement in 2015 that blocked Iran's pathways to a nuclear bomb for the next decade. That plan — known by the complicated title the Joint Comprehensive Plan of Action, or JCPOA — won nearly universal praise from experts, military leaders, diplomats and former national security officials — including some Israeli military leaders.

Under the deal, it would take Iran at least a year to assemble the material for a bomb. With the cameras, electronic monitoring devices and constant inspections mandated by the agreement, as well as U.S. and allied intelligence operations, we would be able to see Iran doing it. Plenty of time to act forcefully if necessary.

But not everyone liked it. Those who wanted to overthrow the government of Iran, in particular, opposed any deal that would convey legitimacy on a government they detested. They and other critics claimed the deal didn't provide for adequate inspection of Iran's nuclear facilities while simply enabling Tehran to wait out the expiration of the deal's terms before it built a bomb down the road.

These opponents included hawks in Congress, the leaders of Israel and Saudi Arabia and many of the supporters of the son of the former shah of Iran, who want to restore the monarchy that the Islamic revolutionaries overthrew in 1979. As Obama administration CIA Director John Brennan wrote recently in a Chicago Tribune op-ed, the "opposition was rooted in an eclectic mix of rigid ideological fervor, partisan politics and substantive ignorance of the agreement."

This coalition, and the money and influence they exerted, helped persuade Trump to go back on America's word in 2018 and violate the agreement by reinstating all the sanctions that had been lifted, as well as adding more for a total of over 1500 Trump-imposed sanctions. He said his program of maximum pressure would force Iran to agree to a "better deal" or collapse. Neither happened.

We are now in worse shape, as Iran has steadily moved away from the deal, increasing its nuclear activities and its influence in the region through proxies, allies and its ability to take advantage of the chaos triggered by the U.S. invasion of Iraq.

Once again, Iran could be mere weeks away from having enough uranium for a bomb. Once again, we are threatened with a stark choice. The Los Angeles Times reports that some Pentagon sources think the tensions in the region are so severe that without a deal, "the choice becomes to watch Iran march closer to the ability to build a bomb, or to go to war to stop it."

Opponents of talks with Iran know that "Bomb, Bomb, Bomb Iran" is not a convincing slogan. So they have come up with a more appealing one: A Better Deal. They want to persuade Americans to abandon a deal that is working, like Aesop's greedy dog with a bone in his mouth, who, seeing his reflection in the water, drops what he has to grab what he thinks is a bigger bone.

Hawkish Sens. Robert Menendez, D-N.J., and Lindsey Graham, R-S.C., last month led a group of 41 senators proposing just such a course. They pushed for a comprehensive agreement "that prevents Iran from ever acquiring nuclear weapons" but also "meaningfully constrains its destabilizing activity throughout the Middle East and its ballistic missile program" and frees U.S. citizens held in Iranian prisons while preventing "attacks on important U.S. security partners."

All laudable goals. But achieving those in one grand bargain is like hunting unicorns. Such a deal is simply impossible. It is not just the error of making the better the enemy of the good. It is cynically exploiting inherent American optimism and can-do spirit to prevent reconciliation with a government they oppose.

In September 2013, I had dinner in New York with Iranian President Hassan Rouhani and a small group of experts and thought leaders just before the first set of talks on the original Iran nuclear deal began. We pressed him about the idea of a grand bargain.
"The history between Iran and the U.S. is long and complicated," he said. "The table will not bear the weight of all these issues at once. That is why we have decided to tackle the nuclear issue first." He saw the nuclear deal as a "gateway opportunity." So, too, did the Obama administration.

Indeed, if we could resolve this most critical issue, it could provide the foundation to resolve the others. Thankfully, this is the approach favored by the White House. "The Biden-Harris administration hopes to get Iran back in compliance with the deal. Then we would be in compliance with the deal," Wendy Sherman, Biden's nominee for deputy secretary of state, told the Senate at her confirmation hearing. "We would build from that to get a longer and stronger agreement ... then address other issues of concern."

This approach does not ignore the other crucial issues. It simply prioritizes them. Every other issue we have with Iran is much more difficult to resolve if Iran has nuclear weapons. While we care deeply about our regional allies, human rights in Iran and American prisoners, we must prioritize threats to the U.S. itself. A nuclear Iran is an existential danger. So is the nuclear arms race in the Middle East that Iran could trigger if Saudi Arabia, Turkey and others try to match its capabilities.

The Vienna talks may be our last chance to restore the deal. The clock is ticking. Presidential elections set for June in Iran will soon make it impossible for the current government to negotiate, because hard-line opponents of Rouhani do not want him and his more pragmatic political allies to get credit for coming back to the deal. Some do not want any deal. In this way, Iranian politics mirror those in the U.S., with fierce partisan politics trumping national security interests.

The talks to return to the nuclear deal will be tough. Neither side wants to be seen as weak or as giving in to the other. But early signs are encouraging. The countries agreed Tuesday to stay through the week, establishing working groups to detail precisely how Iran and the U.S. would synchronize their return to compliance.

The key will be to move quickly. Although Biden has a large, ambitious domestic agenda, this is not an issue he can put on the shelf and pick up in September. There are too many in both capitals and the Middle East who want to kill the deal and too many conflicts that could erupt into full-scale war.

Biden cannot chase unicorns. He must move adroitly to resolve a foreign policy issue that could sink his presidency if it heads to a violent, unnecessary war.