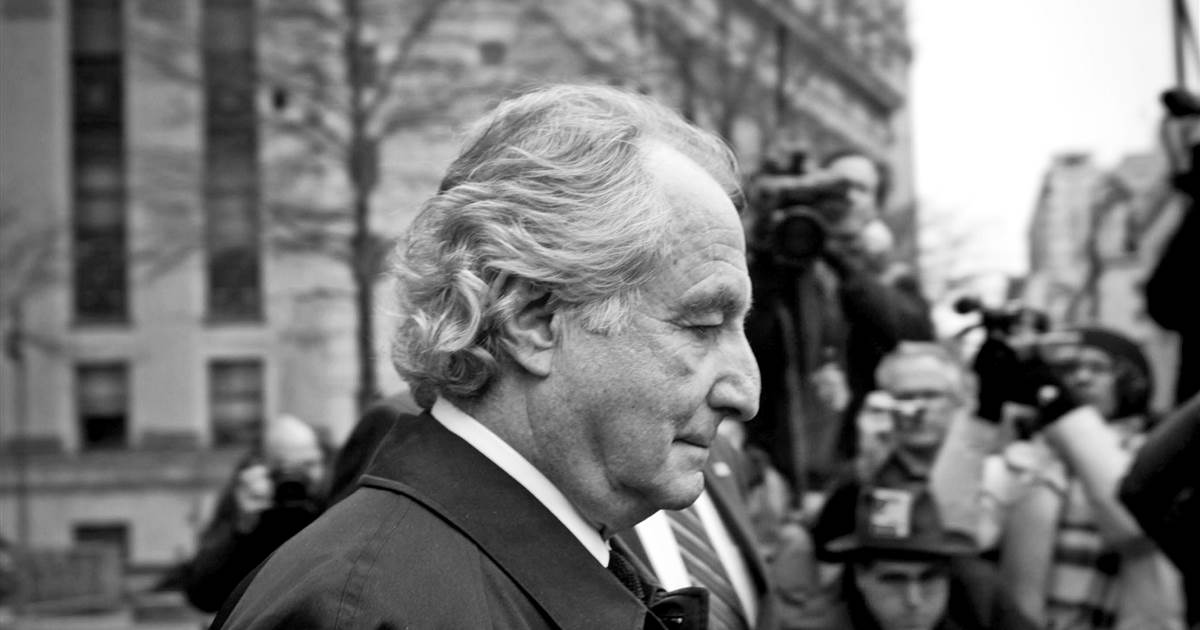 Opinion | How do you mourn someone like Bernie Madoff?

It’s wrong, no doubt, to take pleasure in a man’s death. And yet it’s difficult to feel sorrow for a man who has been the cause of so much suffering.

When I heard of Bernie Madoff’s death Wednesday in a federal prison hospital at the age of 82, I confess I couldn’t decide how I felt. I was for sure not happy. But nor was I sad. I struggled to know how to feel — how I should feel.

My mother, of blessed memory, would have called Madoff a "gonif," a Yiddish term not of endearment, as it means a thief or at a minimum a dishonest person. Madoff ran the largest Ponzi scheme in history, an estimated $65 billion financial fraud, before being arrested in 2008, convicted and sentenced to 150 years in federal prison. A gonif to say the least.

Even former President Donald Trump wrote that Madoff was “without a doubt a sleazebag and a scoundrel without par.” Perhaps that’s why he didn’t grant his request for a commutation, consigning him to living out his last days behind bars.

So what am I to feel as I process this not-so-unexpected news of Madoff’s demise? It’s wrong, no doubt, to take pleasure in a man’s death. And yet it’s difficult to feel sorrow for a man who has been the cause of so much suffering for so many others.

We all heard the big names that were taken in by Madoff’s scheme — Elie Wiesel, Steven Spielberg, my childhood sports hero Sandy Koufax, to name just a few. But countless others, less rich and not famous, within the Jewish community and without, also put their trust in the man and fell victim to Madoff’s enormous swindle. I personally know many who have suffered from Madoff’s colossal scam.

Indeed, I had a front-row seat to the devastation. I handled public and media relations for — among many others — the major Jewish charitable organization Hadassah, the Women’s Zionist Organization of America, as its leadership came to comprehend the damage that had been inflicted upon them and then to pick up the pieces, reorganize their affairs and seek redress over the tens of millions of dollars they are estimated to have lost.

I witnessed firsthand the similar effects Madoff’s crimes had throughout the world of Jewish communal and educational organizations, the material loss to Jewish philanthropy as a whole —perhaps more than $1 billion. It was crushing.

And I observed how these organizations — some venerable fixtures, others small and hard-scrapple — had to cut programs, terminate grants, lay off employees, close offices and struggle to raise emergency funds just to keep the lights on. So even though I never met Madoff personally, I feel I developed a long and unhappy relationship with the guy.

Given the communal devastation, the Madoff affair has forced upon us an accounting — not only financial, but also social and moral. It has compelled many of us to look more deeply at ourselves and our choices — at our own willingness to trust someone who was offering something that should have appeared to be too good to be true. It clearly was.

Perhaps we trusted him because our families and friends and colleagues did, because we wanted to be part of a great deal that so many rich and famous were part of, because he was part of “our tribe.” And maybe we were proud of his achievements: He was another of those wildly successful American Jews — the Sandy Koufax of Wall Street.

The organization I consulted (one of many) was embarrassed by their relationship with Madoff. As the story unfolded, they didn’t want to call public attention to how much they had invested with him nor how much they had lost in real investments nor imagined profits. From being one of the most celebrated grassroots philanthropies in Jewish history, they quickly lost ground because of their perceived opaqueness.

Of course, we can also go too far in self-blame for any given organizational or communal mistakes — the ultimate responsibility lies with Madoff. Thankfully, some degree of justice has been served to him. He pled guilty and the proverbial book was thrown at him. On account of the tireless efforts of the trustees assigned to the liquidation of Bernard L. Madoff Investment Securities, more than $14 billion of the $17.5 billion of the actual money that Madoff had stolen has been recovered and restored to the victims.

So the wounds are healing, but the scars are still there. And looking back, the destruction — the human cost — left in the wake of the scandal is mind-numbing, even now. Some individuals and small organizations are still struggling to survive, and some will never fully recover.

We are not to rejoice in the demise of our enemies, one of my rabbis, Lauren Holtzblatt of the Adas Israel Congregation in Washington, D.C., reminds me. It was Rabbi Holzblatt who so wonderfully eulogized the late Supreme Court Justice Ruth Bader Ginsburg when she lay in state in Statuary Hall of the U.S. Capitol only a few months ago.

I pondered her words, recalling that, just weeks ago at the Passover Seder, we once again retold the Talmudic story of the Israelites’ escape from the bondage of Egyptian slavery and their crossing of the Red Sea. When the waters came crashing down upon the Egyptian pursuers, the angels began to celebrate in song. It was God, we learn, who sternly admonished them, saying, “My handiwork are drowning in the sea, and you are reciting a song before me?”

I understand the lesson. At the same time, we are humans, not angels. Bernie Madoff did terrible damage. Some are still coming to terms with it; for many it will be everlasting. It was not only the theft of their property, real and promised, that was lost. It was also the betrayal of their trust, and the betrayal of the very ideals that all of these organizations were committed to putting into action — of giving to others in order to mend the world. It’s impossible to forget. It’s difficult to forgive. And yet …

BD”E. The letters stand for “Baruch dayan emet,” the Hebrew phrase uttered by many Jews upon hearing of someone’s death. It means God will be the ultimate judge. That works for me.