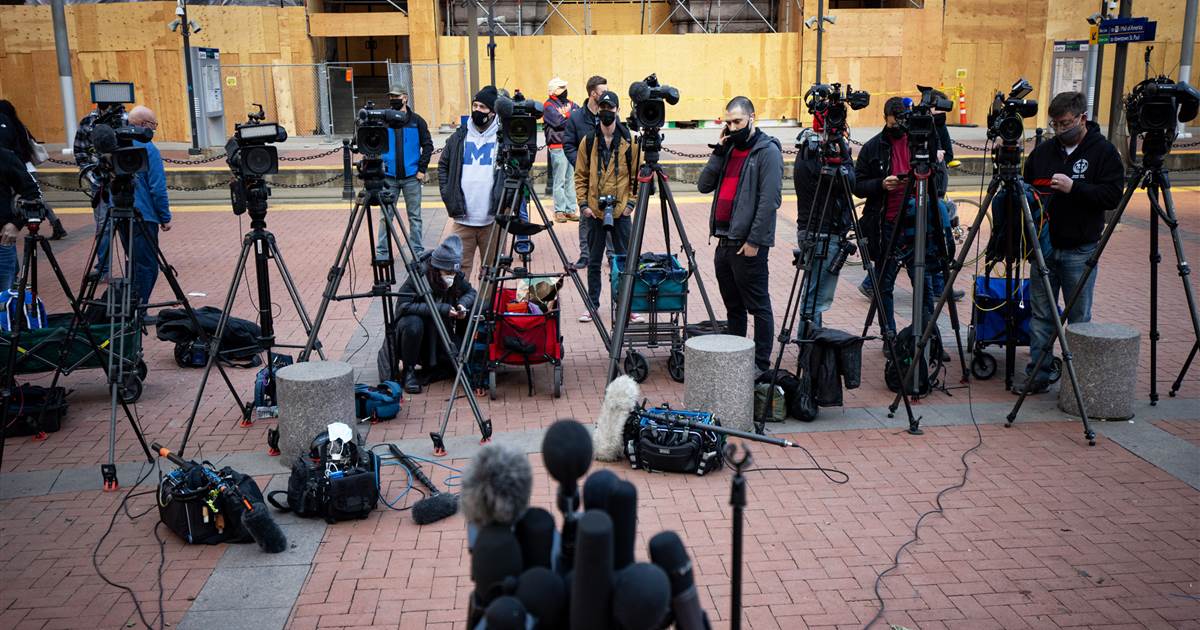 Chauvin trial is another display of the nonchalance toward Black death

The ubiquity of video footage and graphic retellings of police killings has created a nonchalance toward Black death.

The second week of Derek Chauvin’s murder trial opened Monday after jurors and the public were treated to five days of testimony laying out how the former Minneapolis police officer spent nearly nine minutes kneeling on George Floyd’s neck even as Floyd insisted he couldn’t breathe.

Some have said that a guilty verdict would provide an element of justice and relief for Floyd’s family. But a trial filled with hours of graphic recitation of horrifying facts in cases of police violence can also be extremely traumatizing for all those involved, particularly when history shows that cops are seldom found guilty for actions the public has seen them commit.

Even before this specific trial began, the media spectacle of Black deaths had become commonplace. Videos of Black people being killed by police officers often go viral on the internet immediately afterward. This was true in the deaths of Alton Sterling, Philando Castile, Terrance Crutcher, Eric Garner and so many others.

In many ways these videos, though disturbing, serve a crucial function as providing irrefutable proof of police violence even in the face of police officers denying their crimes and pleading “not guilty” in court. However, the ubiquity of these videos has also created a nonchalance toward Black death in the mainstream media; this violence is so common and accepted that many have grown numb to police brutality.

This is precisely what happened preceding the Chauvin trial: The video of Floyd’s killing was played ad nauseum online and on TV, retraumatizing his family and community members as his death became fresh all over again. Now it’s in the courtroom, where once again a Black person killed at the hands of the police is turned into a spectacle.

According to Alfiee Breland-Noble, a psychologist and the founder of The AAKOMA Project, a youth mental health organization, watching the video of Floyd’s death can cause “vicarious trauma” for his family, wherein they experience physical and emotional symptoms of trauma, long-term mental health affects and post-traumatic stress disorder.

“Though most of Floyd’s family was not physically present for his death, when they are seeing him die on video, they are not only vicariously traumatized, but also they are dealing with trauma in real time as they nurse their grief from a completely unnecessary, senseless killing,” she explained.

And Floyd’s family are not the only ones in Minneapolis experiencing vicarious trauma during the trial — the many witnesses and other community members in the courtroom bear a heavy psychological toll as well.

Floyd’s murder was originally recorded by a highschooler named Darnella Frazier, who was 17 years old at the time. Last week, Frazier and three other teenagers were sworn in as witnesses during Chauvin’s trial. Frazier told the jury: “When I look at George Floyd, I look at my dad, I look at my brothers, I look at my cousins, my uncles, because they’re all Black. ... I look at how that could have been one of them.”

But the retelling of Floyd’s killing brought up more than her fear; it also made her feel regret. “It’s been nights I stayed up apologizing and apologizing to George Floyd for not doing more and not physically interacting and not saving his life.”

The survivor’s guilt that Frazier describes is only one component of the psychological damage that Floyd’s death has caused many Minneapolis natives. According to Alifee, witnesses like Frazier are traumatized because, in addition to becoming the face and voice of this issue in order to help the country process what happened, Floyd’s family and other witnesses are giving news conferences and speaking to reporters even as they are grieving.

“It’s a lot of pressure to be the mouthpiece of a movement to the United States and the whole world,” she noted.

The greater Minneapolis population is also suffering because of how the community is now shaped and defined by Floyd’s killing. “After this tragedy, what has Minneapolis been associated with?” Alifee asked. “I’m sure the specter of Floyd’s death has made it difficult for any Black person to feel safe.”

Bianca Nkwonta, a Black Minneapolis resident, can attest to this feeling. “The murder of George Floyd last year has changed me forever,” she said. “I've always had a fear of police, but now my heart beats a bit faster when I see them.” She even described changing her phone settings: “When I speak into my phone that I'm being pulled over, it will automatically start recording and immediately contact my family members.”

Murder trials in the aftermath of police violence can be particularly emotionally taxing because often, even after the ordeal of a trial, police officers are often acquitted. According to 2018 data from Bowling Green State University, although 80 officers were arrested on murder or manslaughter charges from 2005 to 2017, only 35 percent were convicted, though some cases were still pending.

This record is why some experts, such as Wayne State University professor and trauma researcher Jennifer Gomez, see the trial process as creating distress that can be better addressed elsewhere.

Gomez is referring to a framework put forth by the Psychology of Radical Healing Collective, which argues that through practices like intergenerational storytelling and advocacy work, we can address the root causes of racial trauma and promote resilience and better emotional well-being.

Though a “guilty” verdict might bring George Floyd’s family a modicum of closure, it will not help in the healing process and, in fact, could exacerbate trauma from his violent death. But hopefully, through community work and anti-racist organizing, the people of Minneapolis can begin to heal after the trial has been put behind them.