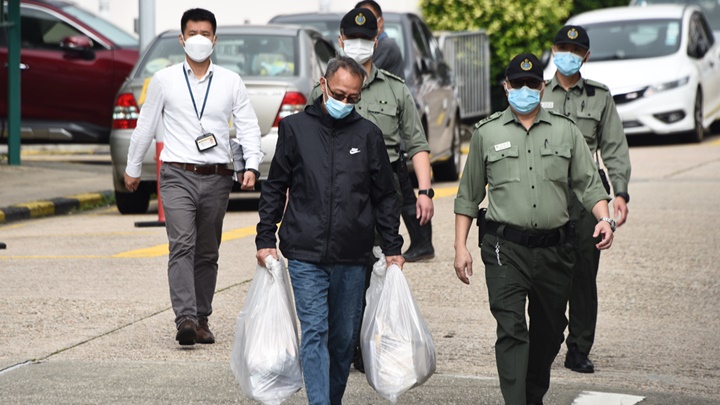 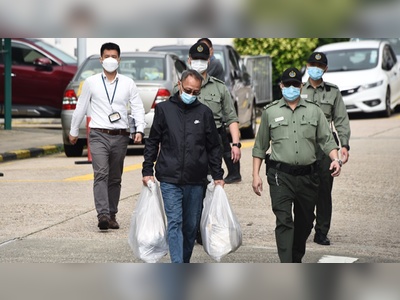 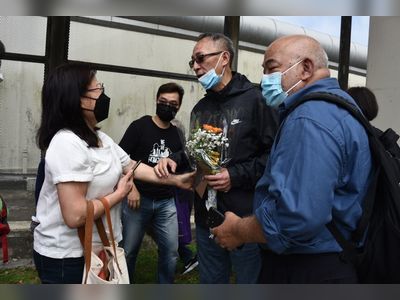 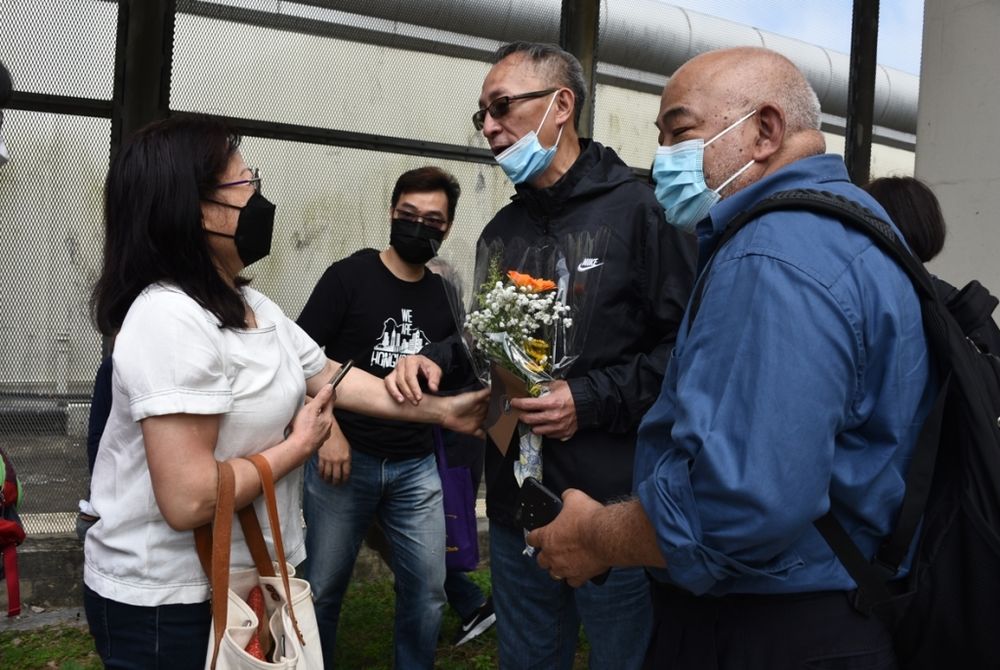 Online radio host “Giggs” Edmund Wan Yiu-sing said he intended to stay in Hong Kong as he walked out of Pik Uk Prison Friday morning after finishing his 32-month jail term and hugged family members who came to pick him up.

Wan, 54, was imprisoned for publishing remarks with seditious intent and money laundering for handling about HK$10.32 million in crime proceeds.

“This is my home. Unless my home does not want me, if that is the case, then I have no other choice,” Wan told reporters as he set foot outside the prison around 9.30am.

Wan said he felt peaceful and wanted to meet with his family and settle down first. He added he lost up to 30 pounds when he was serving the jail term.

Wan also said God will lead his way when reporters asked about his plan for the future.

Although Wan is now a free man at last, he must settle about HK$4.87 million in crime proceeds within six months as ordered by the court. Otherwise, he would have to return to prison and spend another five years.