A scheme offering interest-free loans to the financially vulnerable is being expanded to reach up to 20,000 people.

After a successful trial in Manchester the No Interest Loan Scheme (NILS) will be rolled out across the UK from September.

It's backed by the Treasury but will be run by credit unions and other lenders.

The aim is to offer emergency loans to people who would normally be turned down, because they can't afford the interest payments.

That's the position Lisa was in when she needed help to pay for her brother's funeral. The 40-year-old from Manchester couldn't find a traditional lender to borrow from.

"My finances were shocking, I was going to court every other week - mainly because of council tax and rent [debt]," she said.

But as part of the No Interest Loans initial trial scheme, she was given a £300 loan. And her involvement with South Manchester Credit Union, who ran the trial, led her to change her approach to managing her finances.

The initial trial Lisa benefited from began earlier this year and is still ongoing.

But it is now being expanded in a larger pilot phase to various locations across the UK which will last for up to two years.

After that, a decision will be made on whether to roll it out further.

What does the No Interest Loan Scheme offer?


*  They can borrow the money for six to 18 months. The average length of time is 12 months


*  Customers can only have one no interest loan

The No Interest Loan Scheme is being run, in part, by Fair4AllFinance, which was founded by the Treasury and Department for Culture Media and Sport three years ago to "support the financial wellbeing of people in vulnerable circumstances" with a mission to "increase access to fair, affordable and appropriate financial products and services".

The pilot is being funded with £3.8m committed from HM Treasury, £1.2m from JPMorgan Chase and up to £1m of lending capital from each devolved administration, matched in England by Fair4All Finance.

The nationwide pilot phase is designed to offer small scale help to 20,000 people, who otherwise would have struggled to borrow.

If that phase is a success, a full-scale roll-out could reach 500,000 people, according to a feasibility study conducted before the pandemic. Thanks to the cost of living crisis, even more people could now be eligible, one expert suggests.

Apart from the emergency finance, one over-arching benefit of the scheme is that it introduces people to the credit union and other lenders providing the loans, which can then offer further support in the form of advice around budgeting and debt management.

Credit unions are financial co-operatives owned by their members.

They offer lots of the same services as banks, including ways to save, secure deposits and loans. They're fully regulated and because they're owned by members any profits stay within the union for the benefit of members - rather than going to shareholders.

Encouraged by the credit union, Lisa is now saving for the first time and has put away £5 every week since January leaving her with £105.

"Even seeing it brings a smile to my face. For some people that's nothing, but to me it could be a million pounds," she said "That's how it feels because I've never had it before."

"Credit Unions are working away on street level but somehow we're a bit of a best-kept secret, so we need to rocket fuel it and scale it up.

"This [trial] shows that HM Treasury want to invest in us, external investors want to invest... and extend that gateway which supports the work we're doing and amplify it." 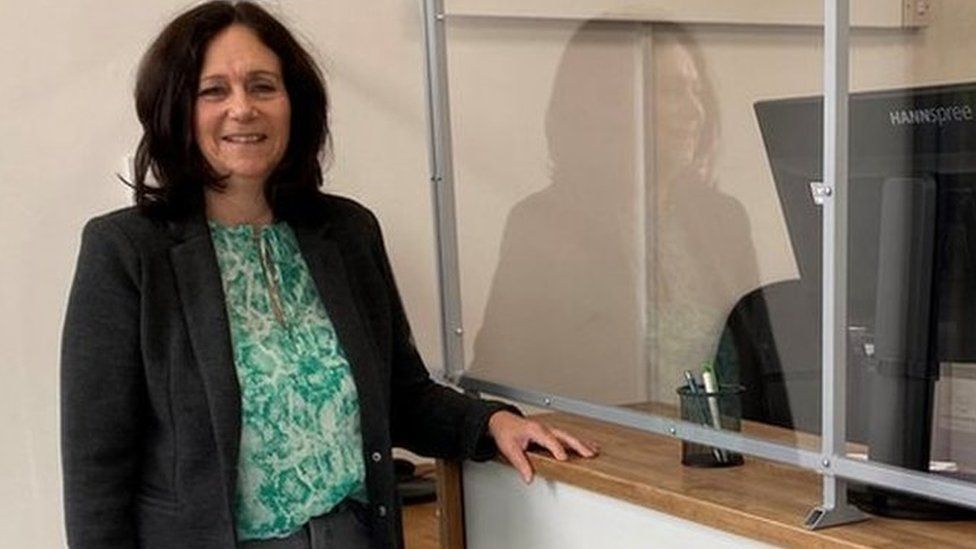 Earlier this year Economic Secretary to the Treasury John Glen talked about the £3.8m of government funding for the pilot.

The scheme was designed for consumers "in vulnerable circumstances who would benefit most from affordable credit to meet unexpected costs", he said.

"This is a fundamental, worthwhile, new initiative, to provide a gateway product for people who at the moment are beyond the lending capacity of some credit unions.

"The challenge now will be to take that proof-of-concept pilot to a bigger pilot so that we can now validate it," he said.