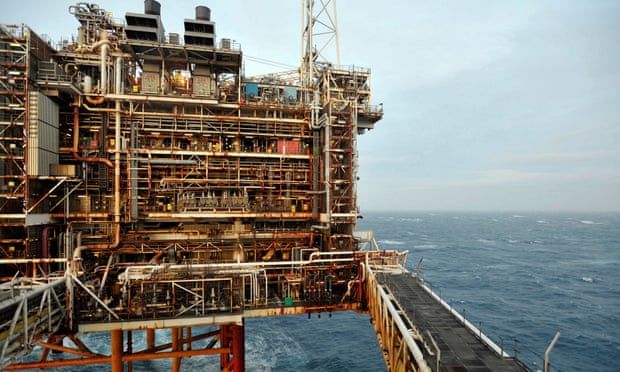 The oil and gas industry has defended the amount it invests in the North Sea, ahead of a storm over bumper profits as households face rocketing energy bills.

The energy companies BP and Shell are expected to report soaring profits next week as a result of sky-high energy prices, fuelling fresh calls for a windfall tax to help hard-pressed households struggling with record bills for heating and power.

Executives at energy firms including BP were summoned to speak to the business secretary, Kwasi Kwarteng, on Friday, to be told to invest more in UK projects, including the North Sea and offshore wind, in order to avoid being hit by a tax on their earnings.

The meeting, first reported by the Times, comes amid a change of rhetoric among ministers about a windfall tax, despite weeks of rejections of such a move, after the chancellor, Rishi Sunak, hinted on Wednesday at a possible U-turn.

Sunak told Mumsnet that this kind of policy was “never off the table”, and that ministers would consider it if investment by companies in Britain’s energy security failed to materialise.

However, energy companies insist they have already outlined plans to invest more in the UK. A spokesperson for the oil trade body Offshore Energies UK (OEUK) pointed to its own data, which shows that members plan to invest £20bn on UK projects to extract oil and gas between now and 2026, in what they said was a higher annual rate than in previous years.

Separately, OEUK estimates that £60bn will be invested in UK offshore wind projects by the end of the decade.

Shell said earlier this month it planned to invest up to £25bn in the UK energy system over the next decade, three-quarters of which would be spent on offshore wind, hydrogen and electric vehicle infrastructure, rather than the North Sea.

In February, BP outlined plans to spend twice as much on UK projects as it earns from its operations in the country, although it has not yet put a figure on the value of this investment. Offshore wind, solar and hydrogen are among the planned projects.

A windfall tax would not only affect the big energy firms such as BP and Shell, but also lesser-known companies such as Harbour Energy, which produces the most oil from the North Sea, totalling 163,000 barrels a day in 2021.

Families and businesses are already feeling the pinch from higher energy bills, which are set to rocket further in the autumn. A surge in wholesale gas prices at the start of last winter also sparked the collapse of 30 energy suppliers, affecting almost 4.5 million customers.

The high-profile failure of the energy provider Bulb last November will push up the UK’s public sector net borrowing by £1.2bn in the financial year ending in 2022, according to a new official estimate.

Bulb, which supplied 1.7m homes, was effectively nationalised when it handed its responsibilities over to a special administrator.

The resulting impact on the UK’s public finances has been calculated by the Office for Budget Responsibility. The Office for National Statistics said the full effect of the collapse on national finances would not be clear until Bulb comes out of special administration.
Add Comment