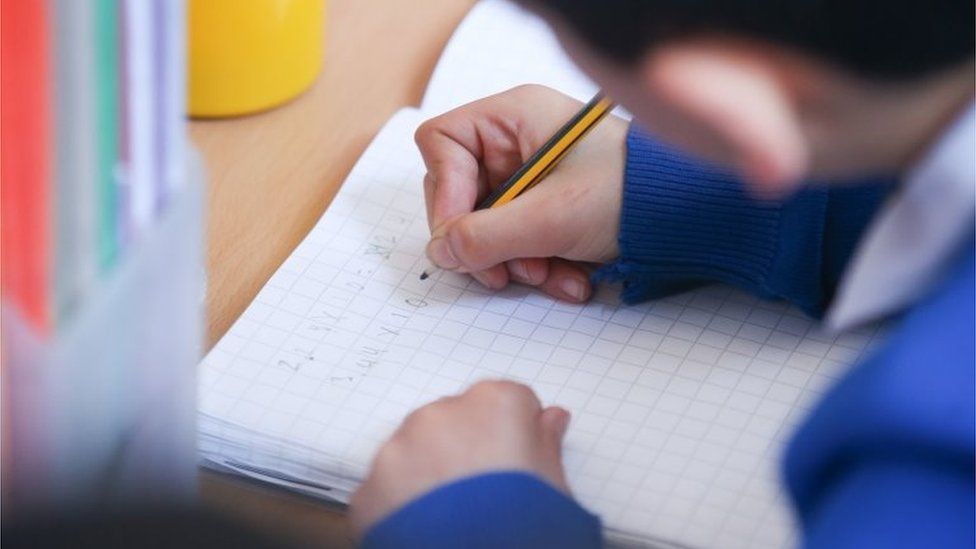 New legislation would give the schools regulator powers to crack down on unregistered schools operating illegally in England, ministers say.

The government says its Schools Bill will also introduce compulsory registers so children not receiving a full education can be identified.

Education Secretary Nadhim Zahawi said the bill would ensure "every child has access to an education they deserve".

But, Labour said the Conservatives were "failing our children".

Shadow education secretary Bridget Phillipson said the government was "obsessing over structures instead of improving children's experience in the classroom".

She said there was "no plan" to improve teaching or "tackle the exodus of school staff from our classrooms" and that Labour had proposals to boost new teacher numbers by 6,500.

The government's new Schools Bill will be formally announced in Tuesday's Queen's Speech - where Her Majesty will read out the legislation ministers intend to introduce during the next session of Parliament.

Releasing details of the bill ahead of that speech, the government said it would give the schools regulator Ofsted more powers to tackle illegal unregistered schools.

Ofsted defines an unregistered school as "an educational establishment that meets the legal definition of an independent (private) school, but is not registered with the Department for Education".

In 2019, Ofsted estimated that a fifth of unregistered schools were faith schools including 36 Islamic, 18 Jewish and 12 Christian schools.

Last year, the regulator warned that such schools "intentionally operate" outside of regulations that protect children's welfare, safety and education standards.

Chris Russell, from Ofsted, said the buildings were often "unsafe and squalid" and that many of the settings' offered a "narrow curriculum" that failed to meet children's educational needs.

He said legislation had not "kept up with the reality on the ground" and that institutions were "exploiting loopholes" in the law.

The government says introducing compulsory registers would ensure the "system can identify those who are not receiving a suitable full-time education".

The bill would also place a duty on local authorities to provide support to home-schooling families so that "no child falls through the cracks".

In October 2021, the Association of Directors of Children's Services estimated that there were around 81,2000 registered home educated children in England - although this was based on partial responses from local authorities.

The government says its Schools Bill would put in place proposals outlined in its white paper - a policy document - including implementing changes to how funding is allocated, requiring schools to publish an attendance policy to ensure children consistently attend school and supporting schools to become part of multi-academy trusts

Academy schools are state-funded directly by government and run independently from local councils. At the moment, 52% of pupils are at academies.

A Higher Education Bill is also expected to be included in the Queen's Speech. The legislation will introduction of the lifelong loan entitlement - allowing people to access a loan to retrain.