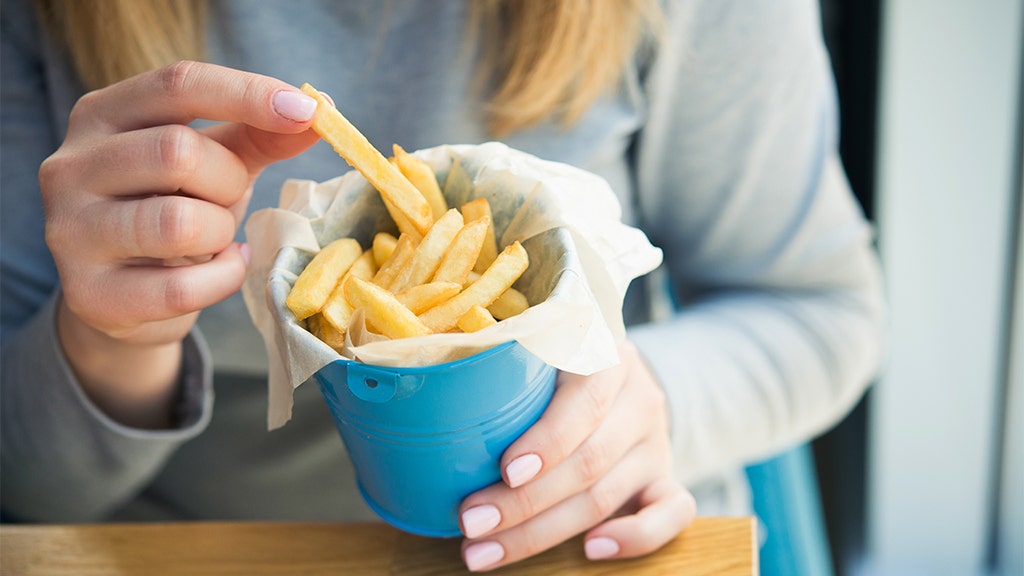 Serendipity3 - the world-renowned Upper East Side restaurant that reopened last Friday - just broke its tenth Guinness World Record, this time for the most expensive French fries.

"I’m kind of speechless, overwhelmed and elated, excited - just one of the most surreal experiences I’ve ever had," corporate executive chef Frederick Schoen-Kiewert, 41, told The Post.

"After reopening, we wanted to make as much noise as we can," added creative director Joe Calerdone, 59. "We thought it was the perfect timing to really do something fun and really prove that New York is back."

After Schoen-Kiewert whipped up the fries, Guinness World Records held a ceremony Monday granting the restaurant yet another world record.

"Today it is my pleasure to present you with the Guinness World Record title for the most expensive French fries to Serendipity3 for your Creme de la Creme Pommes Frites," said adjudicator Kaitlin Vesper. "Congratulations, you are now officially amazing."

Because of Serendipity3’s close partnerships with their more high-end vendors, Schoen-Kiewert told the Post that they pulled out their "little bag of tricks" for the dish and put all the ingredients from their trusted vendors together.

"We really got the opportunity to showcase some ingredients we typically don’t feature every single day," said Schoen-Kiewert. "So we thought about fries, you typically think truffles, truffle oil, we think super high-end creams. We also see mornay sauce, just your basic cheese sauce, and we wanted to elevate that."

The thrice-cooked fries recipe calls for upstate Chipperbeck potatoes, which are first blanched in Dom Perignon Champagne and J. LeBlanc French Champagne Ardenne Vinegar - aged in small oak barrels - to lower the starch content for crispier fries. After cooling down, the fries are then cooked in pure goose fat from cage-free geese raised in Southwest France twice, first at 320˚F and again at 375˚F.

After the fries are cooked, they are seasoned with Guerande truffle salt, the world-renowned hand-harvested sel gris from Guerande, France (about $17 an ounce). They are then tossed in Urbani summer truffle oil and topped with shaved Crete Senesi Pecorino Tartufello - made from the milk of sheep that graze on the clay-rich hills of Crete Senesi and shaved with black truffles foraged from Volterra and Miniato, Italy. Shaved black summer truffles from Umbria, Italy are added to the top.

The fries are accompanied by a mornay sauce made with udder cream from A2 grass-fed Jersey cows, black truffle butter and 3-month aged gruyere truffled Swiss raclette (at $24.99 per pound). Served on a Baccarat crystal Arabesque plate, the fries and sauce are finished with 23K edible gold dust which costs $150 a gram.

Calderone has been at Serendipity3 for all ten Guinness World Records, including the first one in 1998 - the world’s largest wedding cake. The 2,000-pound, 10-foot-tall traditional English fruit cake was made on Valentine’s Day, and that weekend, every soup kitchen and homeless shelter had a piece of the cake.

"This is even more special because coming out of the pandemic, it’s great to have something to be excited about, and we’re open and New York City’s back," said Calderone.

Calderone believes that for a dish like this, "real foodies" - as well as long-time customers and tourists - are going to want to come in and try the fries.

According to Calderone, the restaurant will start taking reservations for their $200 fries shortly, whether to ritzy Upper East Siders or royal visitors.

Next up on the agenda? New Frrrozen Hot Chocolate flavors and a "Selena Sundae" for the restaurant’s partner Selena Gomez - who became a huge part of the restaurant and ice cream brand following her song "Ice Cream" with K-Pop group Blackpink. Serendipity3 now sells its ice creams in 20,000 stores nationwide.

"I think our opening has been a confidence booster for the neighborhood, and it [shows] that we are back to normal again," said Schoen-Kiewert.
Add Comment