The interpretation empowers Hong Kong to resolve the issue by itself in accordance with the national security law and does not in any way impair the rule of law, judicial independence or protection of fundamental human rights.

On December 30, the National People’s Congress (NPC) Standing Committee for the first time interpreted provisions in the Law of the People’s Republic of China on Safeguarding National Security in the Hong Kong Special Administrative Region which came into force on June 30, 2020.

Whether overseas lawyers who are not qualified to practise generally in Hong Kong may be admitted ad hoc to act as legal representatives in cases involving national security is controversial. The interpretation provides guidance on how Hong Kong may resolve this issue by itself by using Articles 14 and 47 of the national security law.

First, it provides that the issue falls within the scope of Article 47. Under Article 47, the Hong Kong courts shall obtain a certificate from the chief executive to certify whether an act involves national security or whether the relevant evidence involves state secrets when such questions arise in the adjudication of a case. The certificate shall be binding on the courts.

Second, if the Hong Kong courts have not obtained such a certificate, the Committee for Safeguarding National Security shall assess and decide on the matter in accordance with its responsibilities under Article 14. Such decision shall have legal effect and is not subject to judicial review.

There is a similar provision to Article 47 of the national security law under Article 19 of the Basic Law. It states the courts shall obtain a certificate from the chief executive on questions of fact concerning acts of state such as defence and foreign affairs. They are not matters falling within the scope of the high degree of autonomy enjoyed by Hong Kong under Articles 13 and 14 of the Basic Law.

Similarly, Article 3 of the national security law provides that the central government has an overarching responsibility for national security affairs relating to Hong Kong. Owing to the inherent nature of matters concerning national security, the executive is in a better position than the judiciary to decide.

The certificate issued under Article 47 serves as a piece of evidence only, albeit conclusive, in the case before the court. It is still for the court to decide on other issues and the outcome of the case. The chief executive does not usurp the function of the court. The arrangement in this respect does not impair the independent judicial power of the Hong Kong courts. 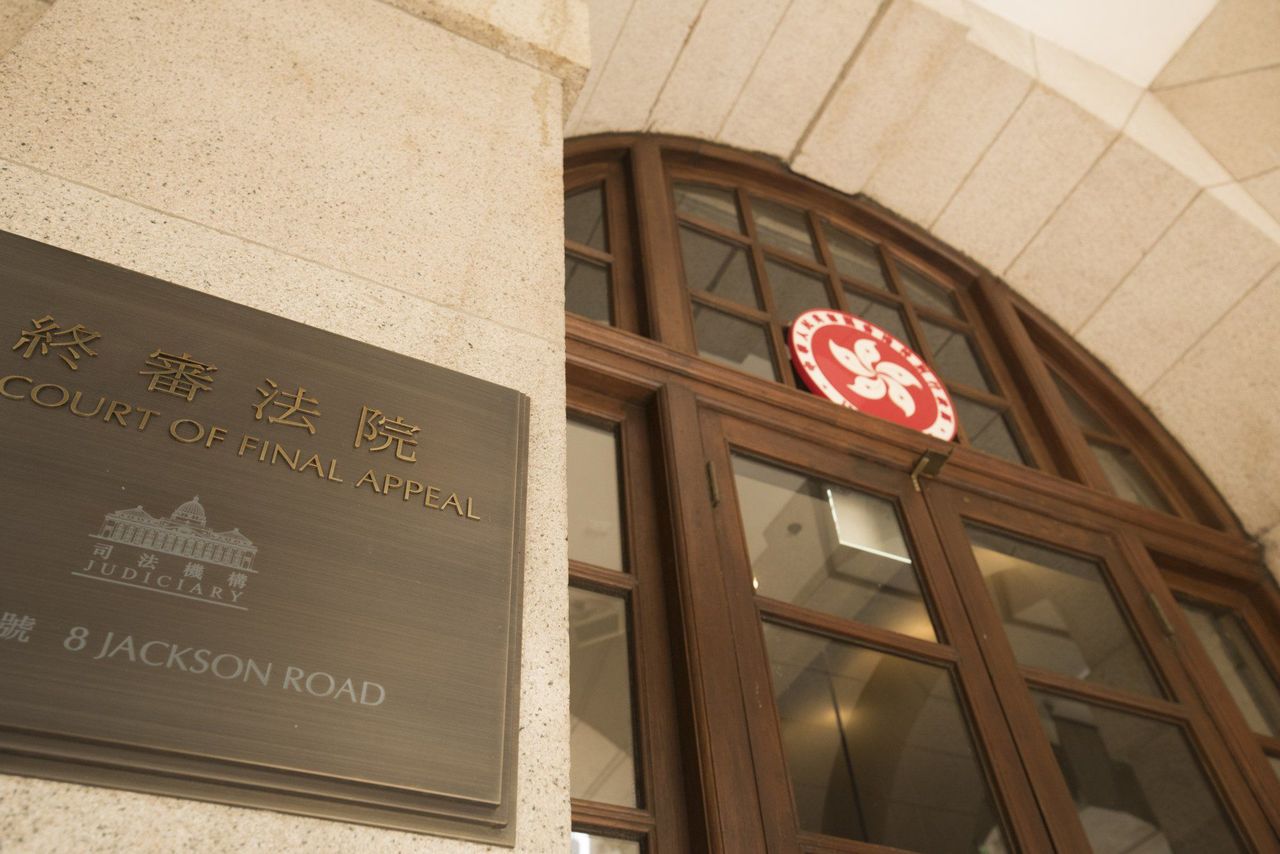 Hong Kong’s Court of Final Appeal building.
The interpretation elaborates on what should be done if the courts have not obtained a certificate in situations falling under Article 47. In such events, the national security committee shall decide on the matter pursuant to Article 14.

Under Article 12 of the national security law, the committee shall assume primary responsibility for safeguarding national security in Hong Kong. Article 14 already provides that its decisions shall not be amenable to judicial review. Under common law, certain executive decisions are not justiciable by the courts because they are ill-equipped to review matters in relation to which they lack expertise such as assessment of national security.

The committee must act in accordance with the law and within the ambit of Article 14. Its duties and functions include formulating policies and advancing the development of the legal system and enforcement mechanisms for safeguarding national security in Hong Kong. It does not perform any judicial function or exercise any judicial power.

Pursuant to the interpretation, the committee will consider how to resolve the issue. There are suggestions the Legal Practitioners Ordinance should be amended so overseas counsel will no longer be entitled to apply for ad hoc admission to appear or participate in cases involving national security. Irrespective of what the committee’s decision might be, a party in cases involving national security still has the right to legal representation.

The interpretation does not touch upon any provision in the national security law other than Articles 14 and 47, or any provision in the Basic Law. In particular, Article 4 of national security law provides that the rights and freedoms guaranteed by the Basic Law and the provisions of the International Covenant on Civil and Political Rights shall be protected in accordance with the law.

Article 35 of the Basic Law provides that Hong Kong residents have the right to choose their lawyers, but such right simply means a person has a right to choose counsel who are available and qualified to practise in Hong Kong. They have no right to demand overseas counsel be admitted ad hoc to represent them.

Even under the existing law, they must obtain the permission of the courts, who will only grant it if stringent conditions are satisfied. In addition, the interpretation does not – and whatever decision made by the committee will not – concern overseas lawyers, who can still apply for ad hoc admission to represent parties in civil or criminal cases not involving national security.

The interpretation empowers Hong Kong to resolve the issue by itself in accordance with the national security law and discharge its constitutional duties to safeguard national security more effectively. It does not in any way impair the rule of law, including judicial independence and protection of fundamental human rights in Hong Kong.

On the contrary, bearing in mind that the top priority of one country, two systems is to safeguard national sovereignty, security and development interests, it ensures the principle advances in the right direction in a sound and sustained manner.