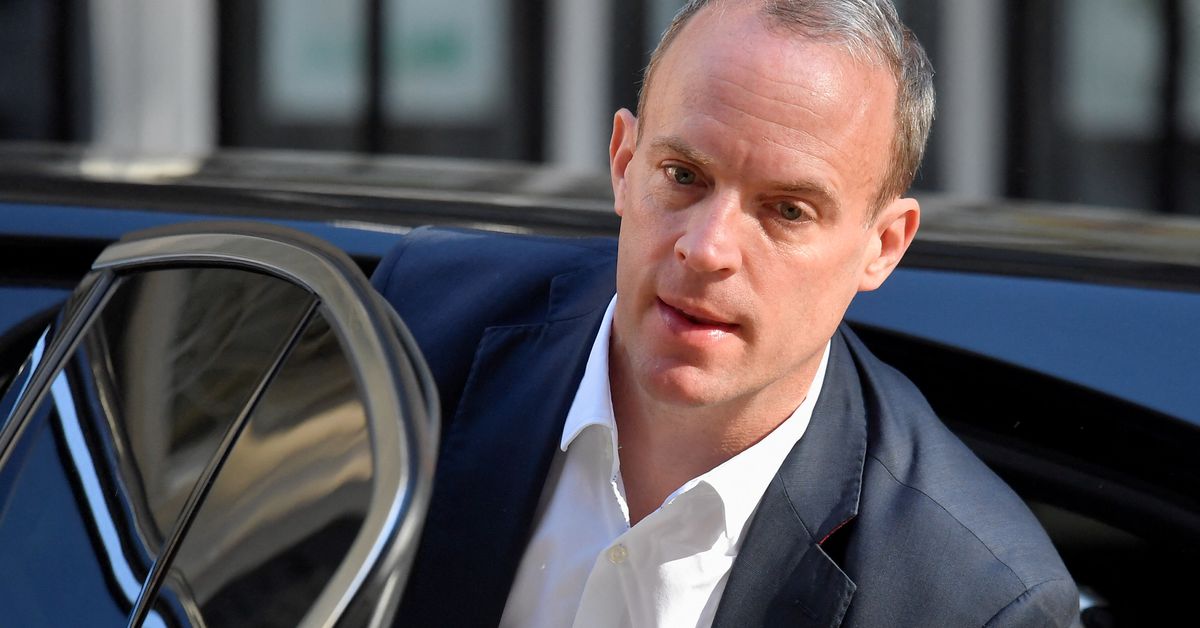 British Deputy Prime Minister Dominic Raab said on Sunday the political stability of Northern Ireland was in peril until problems with the protocol governing post-Brexit trade between the province and the rest of the United Kingdom were fixed.

In an election on Thursday, Irish nationalist party Sinn Fein won the most seats in the Northern Ireland's devolved assembly for the first time, a result it said was a "defining moment" for the British-controlled region.

The pro-British Democratic Unionist Party (DUP) saw support undermined by its role in post-Brexit talks between London and Brussels that resulted in trade barriers between Northern Ireland and the rest of the United Kingdom.

Northern Ireland has been without a fully functioning power-sharing government since February when the first minister, the DUP's Paul Givan, resigned in protest against the protocol, which was agreed between the EU and Britain in 2019.

It's "clear that stability is being put at risk, imperiled if you like, by the problems with Northern Ireland protocol," Raab, who is also Britain's justice minister, told Sky News' Sophy Ridge on Sunday.

"We are focused on those two elements, bringing the parties together, stability, but also unlocking the problems with the Northern Ireland protocol," he added.

Sinn Fein, as the largest party, has the right to put forward a candidate for first minister in Northern Ireland's power-sharing government, set up under a 1998 peace deal that ended three decades of sectarian conflict in the province. But the DUP said on Friday it would not participate until there was a breakthrough on the trade rules.

London and Brussels have been trying for months to overcome a deadlock on the deal, which in effect created a customs border between Northern Ireland and the rest of the UK.

Raab declined to say if a move to unilaterally change the protocol would be included in British Prime Minister Boris Johnson's legislative agenda that will be announced on Tuesday.

"We'd prefer to get it resolved through negotiation," he said. "But of course there are measures that we can take to make sure that we deal with the problem. We can't put it off."
#boris johnson  #dominic raab  #johnson  #raab
Add Comment