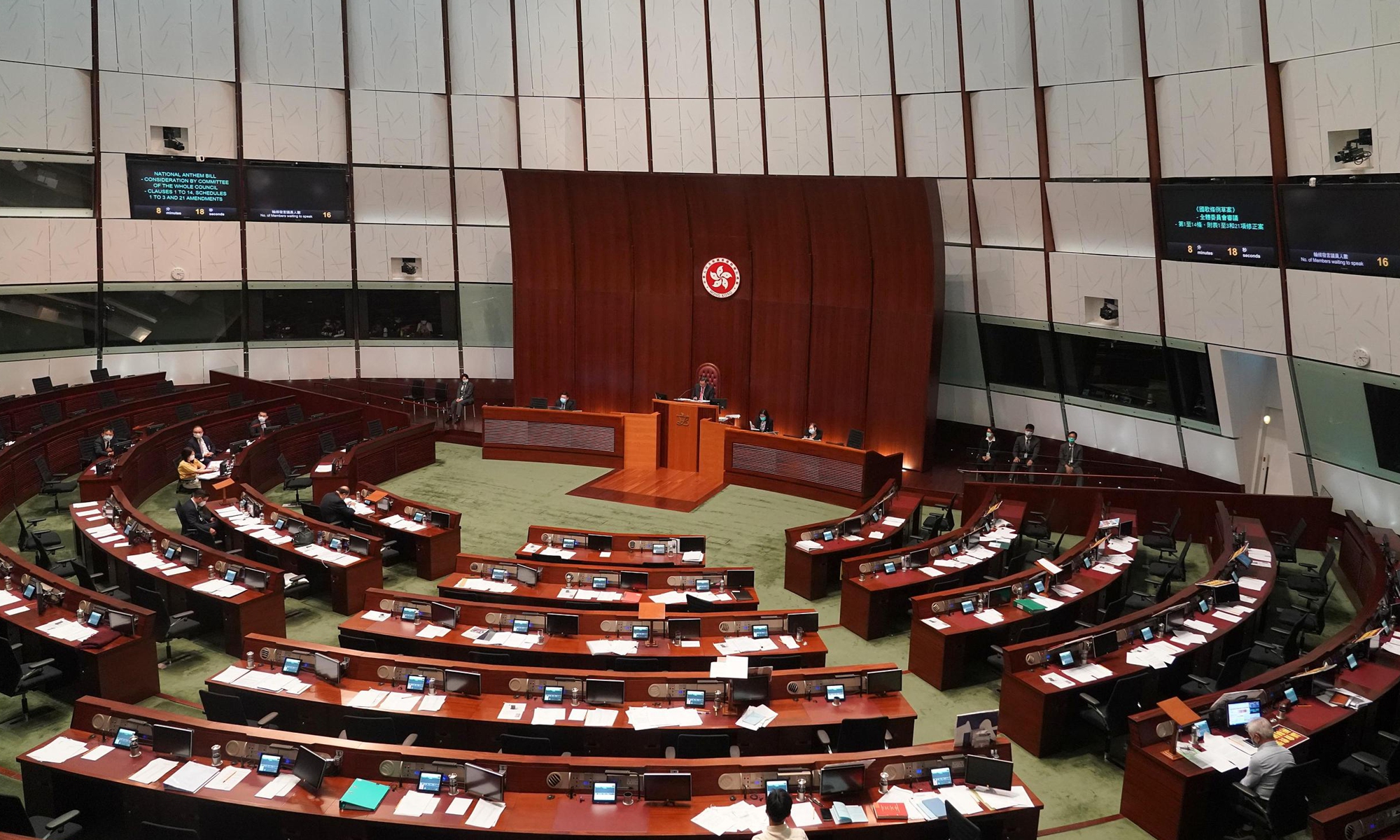 No country tolerates lawmakers who don't pledge allegiance to state

No country tolerates public servants who do not recognize their national identity or do not sincerely swear allegiance to the state in assuming office and carrying out their duties, Chinese officials and experts said on Thursday, dismissing some Western politicians' accusations over the Chinese top legislature's latest decision on the qualifications of Hong Kong LegCo members.

It's a common practice adopted worldwide for civil servants to swear allegiance to the state, the Chinese Foreign Ministry spokesperson Wang Wenbin said on Thursday, in response to a question about criticism from the US, UK and Germany on the disqualification of four Hong Kong lawmakers following the decision.

Robert O'Brien, the US national security advisor, also threatened to impose more sanctions in opposition to the latest decision, according to media reports. A few Western countries have made arbitrary accusations against the decision, which are unqualified, unjustified and have no audience, Wang noted at a news conference on Thursday.

Wang specifically noted that Hong Kong is a special administrative region of China, and "the issue of the eligibility of members of the Hong Kong LegCo is purely an internal affair of China. Other countries have no right to comment on it or interfere in it."

Shortly after China's top legislature adopted a decision on Wednesday on the qualifications for members of the LegCo, four opposition lawmakers - Alvin Yeung Ngok-kiu, Kwok Ka-ki, Dennis Kwok Wing-hang and Kenneth Leung Kai-cheong - who have notorious records for creating trouble and are deemed unfit for their LegCo duties, were disqualified from the local legislature in Hong Kong with immediate effect.

The NPC Standing Committee formulated a set of arrangements, including standards for disqualifying LegCo lawmakers, who will be disqualified for office immediately if they are determined by law to have failed to meet the legal requirements of upholding the Basic Law and honoring the pledge of allegiance to Hong Kong.

The decision lists circumstances under which they are deemed to be failing to meet these requirements, which include if they advocate or support "Hong Kong independence," refuse to recognize China's sovereignty over the Hong Kong Special Administrative Region (HKSAR), seek interference in Hong Kong affairs by foreign countries or external forces, or commit other acts endangering national security.

"In the US, members of Congress must pledge their allegiance to the Constitution of the United States; in Britain, anyone who refuses to serve the Queen will not be able to serve as a member of Parliament, Wang noted.

"As the HKSAR LegCo members are also civil servants, they must, of course, declare their allegiance to uphold the Basic Law and serve the HKSAR," Wang said.

"No country will turn a blind eye to violations of oath and betrayals by government officials, including lawmakers. The unjustified accusations made by some Western politicians against China have fully exposed their double standards," Wang said.

The fact that a few Western politicians are meddling in the affair, regardless of China's basic reality and previous political problems in Hong Kong, is not only gross interference in China's internal affairs, but also an untenable and meaningless accusation, Li Xiaobing, an expert on Hong Kong, Macao and Taiwan studies at Nankai University in Tianjin, told the Global Times on Thursday.

"We expect all government officials, legislators and judges in Hong Kong to have a basic national identity, the same as in any country in the world would require from its officials," Li urged.

"They only noticed that we are holding some legislators legally accountable, and ignored that these legislators lack a fundamental national identity and have abused public power to the great detriment of Hong Kong," Li said. "Such officials will not be tolerated in any country."

Also, the expert noted that each country has its own disciplinary power over its legislators, and if they misbehave or even break the law, the country has the right to penalize them and will do so, and in severe cases, disqualify them from office.

After the four opposition lawmakers were disqualified from the LegCo, the remaining 15 opposition members of the LegCo announced they were resigning en masse, as a protest to China's top legislature's decision.

The Hong Kong and Macao Affairs Office of the State Council and the Liaison Office of the Central People's Government in the HKSAR have criticized the move by opposition lawmakers of the LegCo to "resign en masse" as a "farce" that exposes their stubborn stance against the central government.
Add Comment