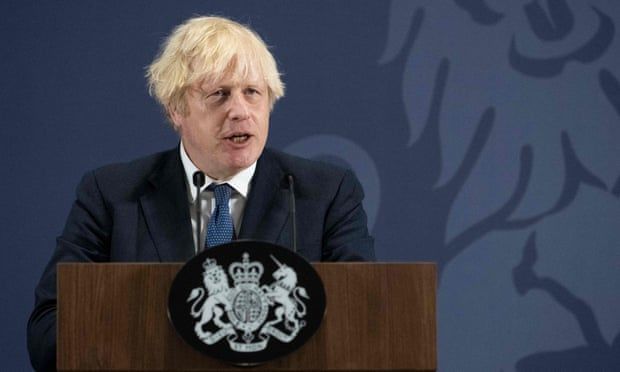 Downing Street is considering plans for a manifesto-breaking tax rise that would be earmarked to pay for fixing the social care system, according to Whitehall sources.

One option being weighed up by ministers is an increase in either income tax or employee national insurance, which could be branded as a social care levy or precept.

The Conservative manifesto promised no increase in national insurance or income tax, but these are deemed the only taxes with a broad enough revenue base to raise the sums required.

The concept of a social care precept already exists for council tax, with local authorities permitted by the Treasury to use it to raise money to fund the creaking system.

Boris Johnson, the prime minister, claimed in 2019 that he had a plan to “fix the crisis in social care once and for all”. No such plan has since emerged, but negotiations have been ongoing in recent weeks between Johnson, the chancellor, Rishi Sunak, and the new health secretary, Sajid Javid, and meetings are expected to continue over the weekend.

Several government sources insisted no final decision had yet been made and it was unclear whether an outcome would emerge before MPs leave Westminster for the summer recess next week.

The current system, widely viewed as unfair, results in some families facing crippling costs of hundreds of thousands of pounds for a loved one to be cared for.

Any deal between Johnson, Sunak and Javid is expected to be modelled on the decade-old Dilnot report, which proposed a lifetime cap on care costs of £25,000 -£50,000, with the balance met by the state.

The plan would be expected to cost £7-10bn a year, or more if the “floor” – the level of household savings at which the state steps in to meet an individual’s care costs – was raised from the current level of £23,000.

The Treasury has traditionally opposed hypothecated taxes, where revenue is allocated for a particular purpose, but it is understood that Sunak would not object to an increase in an existing tax being branded as a levy to pay for social care.

A one percentage point increase in the basic and higher rates of income tax would raise £5.7bn in the next financial year, and just over £7bn by 2024-25.

Javid has insisted he is not ideologically opposed to the idea of a tax increase to tackle the social care crisis. “In all my time in politics I haven’t let ideology blind me to doing the practical and the obvious. I think that’s as far as I’d go,” he told the Telegraph.

When the prime minister was asked about proposals for higher salt and sugar taxes this week, after a government-commissioned review, he said: “I am not, I must say, attracted to the idea of extra taxes on hard-working people.”

But he is also believed to be keen to deliver on the promise he made on the steps of Downing Street two years ago next week. Asked about the issue on Thursday, he said proposals would be published “before too long”.

The 2019 Conservative manifesto promised to build a cross-party consensus on social care reform. Speaking in January last year, Johnson said: “Now we have the majority we need, we are going to get on with this so people can get the care they need in their old age but don’t have to sell their home.” He added: “We have got to think very carefully about how we do it because there are lots of quite important moral and social issues contained in it.”

While there is cross-party agreement that the existing system of funding and delivering social care is unsustainable, governments of all stripes have failed to get to grips with the issue for fear of creating financial losers.

Theresa May set out radical plans for reforming the system in the 2017 manifesto but they were quickly branded a “dementia tax” and her advisers were forced to adapt them on the hoof while she continued to insist “nothing has changed”.

When Andy Burnham was Labour health secretary he sought cross-party support for reforms that would have the costs of care partly met through a “fair care contribution”, potentially levied on patients’ estates after they had died. But the talks fell apart, and the attempt at a consensus approach resulted in the Tories accusing Labour of planning a “death tax”.
#boris johnson
Add Comment