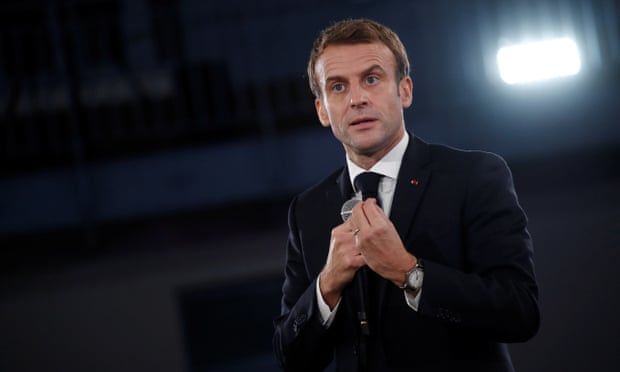 Downing Street has sought to play down disagreements with France over the arrival of migrants in small boats across the Channel after Emmanuel Macron said the British government tended to “waver between partnership and provocation”.

The French president’s comments came as Priti Patel, the British home secretary, said the “real problem” for migration towards the UK was the European Union’s Schengen system of open borders.

Speaking to the northern France-based La Voix du Nord newspaper, Macron said the people gathering on France’s northern coast in the hope of making the perilous crossing was “a very hard situation for the people of Calais”.

“I will propose reforms as part of the French presidency of the EU from 1 January,” he said. “We have the British, who waver between partnership and provocation. We must further reinforce collaboration.

“If those [migrants] who want to reach Great Britain have family there, this should be considered as family reunification. If they are victims of smugglers we have to smash that system.”

Asked about Macron’s comments, Boris Johnson’s spokesperson said: “We continue to work extremely closely with the French to prevent these crossings. We have been clear that we need to do more, both ourselves and the French, which is why we continue to work with them.

“We’re facing a global migration crisis, choreographed by organised crime groups who put people on boats to make these dangerous crossings. This is a pressing and urgent issue for all of Europe, requiring incredibly close work together. It’s a shared problem so we need shared solutions.”

Macron said he had spoken to the mayor of Calais on Wednesday to “help the town regain control of its future” and promised “new solutions” that he said would be announced by different ministers in the coming weeks.

The president said he understood the fears of those associations and human rights defenders who supported the migrants, but added there had been “massive investment” in the building of reception centres for those who wanted to seek asylum in France.

According to the Maritime prefecture, 15,400 migrants attempted to cross the Channel between 1 January and 31 August, of whom 3,500 had been picked up after getting into difficulty at sea and brought back to France.

Patel, who is on a visit to the US, where she has been accompanied by reporters from sympathetic UK newspapers, made her comments on the EU’s borders in Washington.