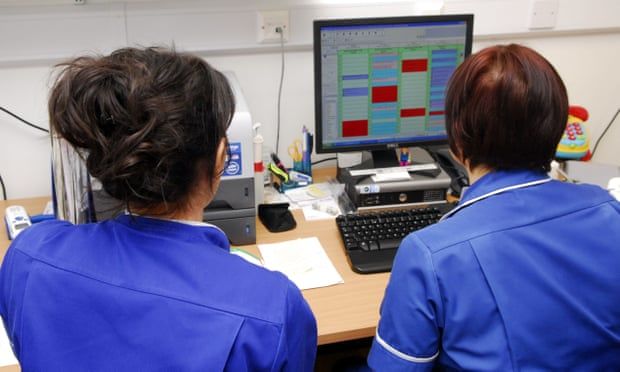 NHS trusts are recruiting people without the right qualifications to act as registered nurses, despite the risk to patients, the Royal College of Nursing (RCN) has warned.

It criticised what it claims is a worrying trend driven by the widespread shortage of nurses in England, where there are almost 35,000 unfilled NHS nursing posts.

The RCN said the employment of non-nurses to work as nurses in hospitals and mental health facilities “should set alarm bells ringing with ministers” and would lead to worse care.

It published examples of advertisements posted by NHS trusts looking to fill nursing roles, including some senior positions, even if the candidate was not qualified as a nurse. One trust advertised for a matron – a managerial role usually filled by a senior nurse – to work in acute medicine but said that a qualification in nursing was not necessary.

Another trust recently sought to recruit a matron who would be responsible for older people’s mental health and learning disability services. It said that the post was open to a “registered professional clinician with demonstrable evidence of working at senior level”. However, it did not specify that the successful applicant had to be registered with the Nursing and Midwifery Council, which regulates both professions, clearing the way for non-nurses to apply.

Inquiries and reviews into inadequate care, including the Mid Staffordshire scandal in the 2000s, have shown that a lack of properly qualified nurses can damage patient care, she added.

A third advert, for a staff nurse on the NHS band five pay scale, said that the post-holder should be “RGN/RN or equivalent allied health professional”, which meant that applications from physiotherapists and occupational therapists would be considered.

Gloucestershire Health and Care NHS trust invited applications for a nursing role in a psychiatric intensive care unit dealing with people with serious mental health problems. However, it stressed that the recruit could be a staff nurse, nursing associate – a new role being expanded to help plug the shortfall of registered nurses – or healthcare assistant.

Peter Walsh, chief executive of the patient safety charity Action against Medical Accidents, said that while multidisciplinary team working is an important part of care, “it is worrying for patient safety if there is this trend of recruiting people to what should be nursing roles who are not qualified nurses. There has been no consultation about this as far as I am aware, least of all with the people most affected – patients and their families.”

NHS England defended trusts’ recruitment practices. “Patient care has always been delivered by teams of professionals working together, and with the emergence of more integrated roles we expect providers to examine the expertise and skills required from a range of professional backgrounds, which ultimately is better for patients,” said Ruth May, its chief nurse.
Add Comment