The NHS is to close the UK's only dedicated gender identity clinic for children and young people.

Tavistock and Portman NHS Foundation Trust has been told to shut the clinic by spring after it was criticised in an independent review.

Instead, new regional centres will be set up to "ensure the holistic needs" of patients are fully met, the NHS said.

The trust said it supported plans for a new model due to a rise in referrals.

The changes will take place after an independent review, led by Dr Hilary Cass, said the Tavistock clinic needed to be transformed.

She said the current model of care was leaving young people "at considerable risk" of poor mental health and distress, and having one clinic was not "a safe or viable long-term option".

The new centres - one based in London and the other in the north west of England - should be fully open in spring 2023 and would run in conjunction with leading children's hospitals, including Great Ormond Street and Alder Hey.

They will aim to help support young people under the age of 18 who are struggling with their gender identity, and be linked to mental health care and GP services where relevant.

There will be no immediate changes for people already under the Tavistock's care.

Keira Bell, who brought a High Court case against Tavistock challenging its use of puberty blockers, said she was pleased it was closing, adding: "Many children will be saved from going down the path that I went down."

The Tavistock has faced increasing pressure in recent years.

There were rising referrals and a long waiting list but at the same time some former staff were raising concerns about the way it operated.

Then, former patient Keira Bell went to court saying she had not been challenged enough about her decision at 16 to take drugs that began her transition from female to male - a decision she later regretted.

Earlier this year, Dr Cass's report said there was a lack of understanding about why the type of patients the clinic was seeing was changing, with more female to male patients and more autistic children. Dr Cass also highlighted inconclusive evidence to back some of the clinical decision making.

The clinic's imminent closure will be a source of worry for other young people wanting support with gender dysphoria. The hope is the services that replace it will be more helpful, useful and efficient.

The Tavistock clinic, named the Gender and Identity Development Service (GIDS), was launched in 1989 to help people aged 17 and under struggling with their gender identity.

But in 2020, questions about the service were raised after it was rated "inadequate" by inspectors, following concerns raised by whistleblowers and reported by BBC Newsnight.

The Cass review was commissioned in September 2020 amid the rise in demand, long waiting times for assessments and "significant external scrutiny" around GIDS' approach and capacity, the NHS said.

In an interim report earlier this year, Dr Cass said:

*  The service was struggling to deal with spiralling waiting lists


*  It was not keeping "routine and consistent" data on its patients


*  Once patients are identified as having gender-related distress, other healthcare issues they had, such as being neurodivergent, "can sometimes be overlooked"

She then suggested introducing local hubs, writing that the current provider model "is not a safe or viable long-term option".

The number of people seeking the clinic's help is 20 times higher than it was a decade ago, jumping from 250 to 5,000 referrals in 2021, according to the service's statistics.

This means the average person waits two years before they are seen by a specialist.

The mother of a former Tavistock patient, who is not being named by the BBC, said there are "clear difficulties" in having one clinic to treat trans and gender-questioning people across the UK.

While her son "received excellent service from Tavistock," she said having one clinic to serve England and Wales has been failing children and their families.

She said: "It was a two-hour journey to the clinic each way, and that was easy for us. People are travelling from all over the UK for appointments, which is incredibly costly and time consuming.

"Having regional and local services that are integrated and accessible has got to be a better thing."

In the case of Keira Bell. now aged 25, she was prescribed puberty blockers aged 16, then received testosterone shots a year later, and aged 20 had a double mastectomy.

Puberty blockers, which can be used to put a pause on puberty while a young person thinks about their gender identity, were first introduced into transgender care by specialists in the Netherlands in 1988. 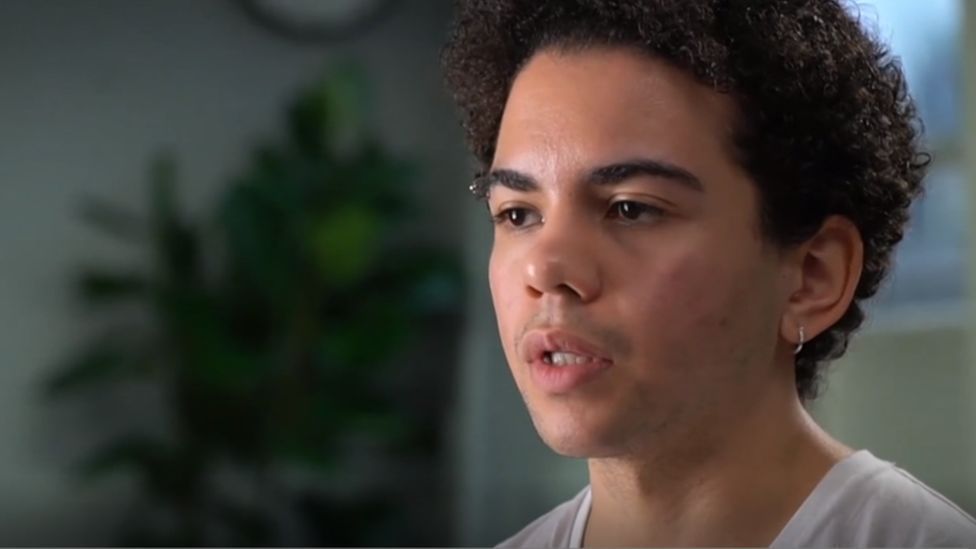 Dr David Bell - not related to Keira Bell - is a former consultant psychiatrist at the Tavistock NHS Foundation Trust, where he raised concerns. He said it was a "good thing" the service was closing down.

Proper funding was needed for mental health services for children and adolescents, he said.

He told the BBC: "Some children have got the double problem of living with the wrong treatment, and the original problems weren't addressed - with complex problems like trauma, depression, large instances of autism."

A Stonewall spokesperson said: "The creation of new specialist regional centres in London and Manchester next year, with more to follow, will go some way to addressing the strain experienced by having just a single, centralised service."

A spokesperson for the Tavistock said its staff had "worked tirelessly and under intense scrutiny in a difficult climate".

They added: "We are proud of them and thankful for their unrelenting patient focus and extraordinary efforts."

Dr Cass's review is ongoing, with her final report expected in 2023.