The NHS is paying up to £2,500 a shift for agency nurses in a bid to help stop a severe staffing crisis.

Health chiefs paid out £3 billion on supply medics last year, which is a 20 per cent increase, freedom of information acts show.

This means taxpayers picked up the huge bill while the agencies took a cut of the shift pay cash in.

Health trusts are forking out on premium rates to stop a 47,000-strong nursing vacancy crippling the NHS, it has been claimed. 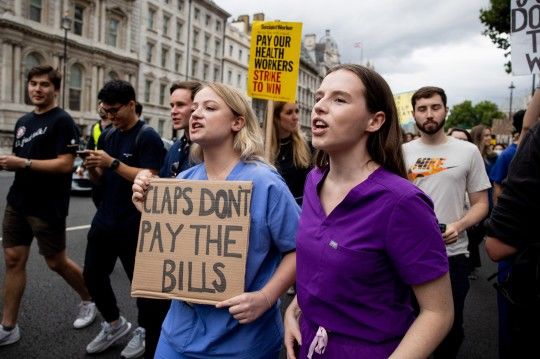 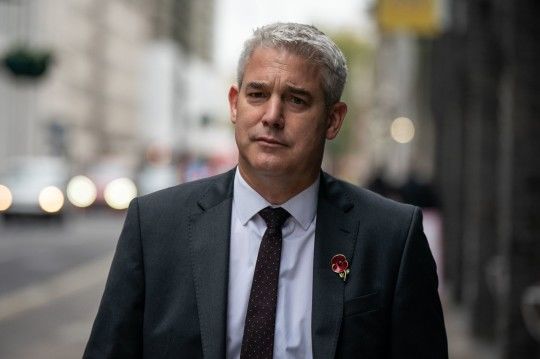 The Health Secretary said he is ‘saddened’ by the proposed strikes

It comes after Health Secretary Steve Barclay has said the pay demands from unions representing nurses are ‘neither reasonable nor affordable’.

He said he is ‘saddened’ by the proposed industrial action by the Royal College of Nursing (RCN), which he said is in ‘nobody’s best interests’.

Figures show ten trusts paid agency nurses more than £2,000 for a day’s work while a third splashed out more than £1,000 for a single shift, it has been revealed.

An average nurse employed by the NHS earns £130 a shift.

Royal College of Physicians president Dr Sarah Clarke said: ‘Staff shortages have meant that we’ve had to dip into the public spending and pay for agency and locum staff and this of course comes at a significant cost.’ 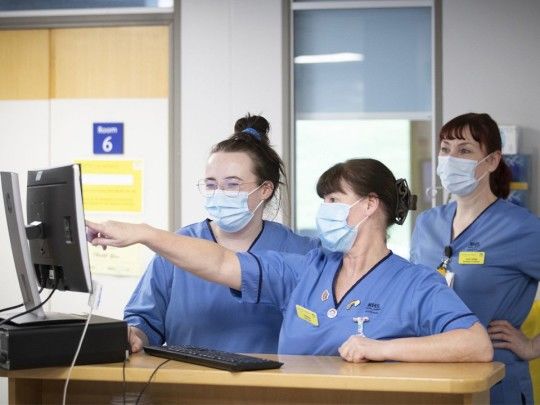 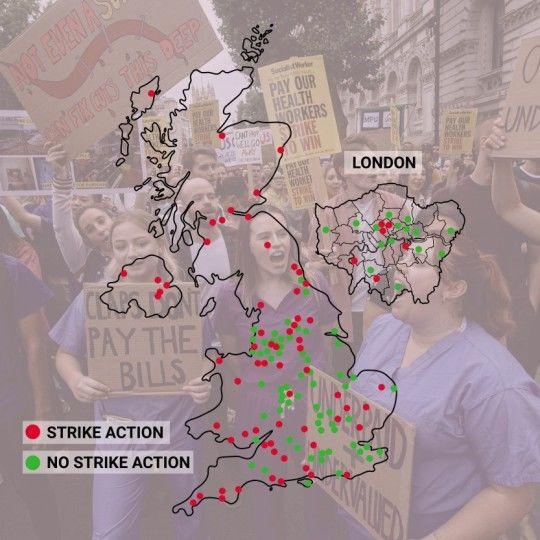 The Health Secretary has said he is resistant to negotiating on pay, with the union demanding an increase of at least 15% compared with the £1,400 rise awarded earlier this year.

Mr Barclay said the pay award ‘is a balanced increase’, which is ‘fair for nurses and the taxpayer’.

He wrote in the Sunday Telegraph: ‘Yet the RCN is demanding a massive pay rise of 17.6%; an increase that is simply neither reasonable nor affordable.

‘It is about three times the average settlement that millions of hard-working people, including many Sunday Telegraph readers, working outside the public sector will typically receive.

YORKSHIRE AND THE HUMBER

‘Huge settlements like these would turbocharge inflation when we are endeavouring to keep it under control.

‘It will have an adverse impact on people’s incomes in the long run.’

Mr Barclay wrote his door ‘will always be open’ to the unions, following a ‘constructive’ meeting with RCN general secretary Pat Cullen in Whitehall on Thursday.

The talks instead were said to have focused on a ‘wide range of issues’ including patient safety and working conditions.

‘But it is inevitable that any strike would mean some patients will have their treatment delayed, and I would urge the unions to consider the impact on those who rely on the NHS for their care.

‘We are facing a difficult winter for our whole country and industrial action is in nobody’s best interests.’

The RCN announced on Wednesday that its members in the majority of NHS employers across the UK have backed industrial action.