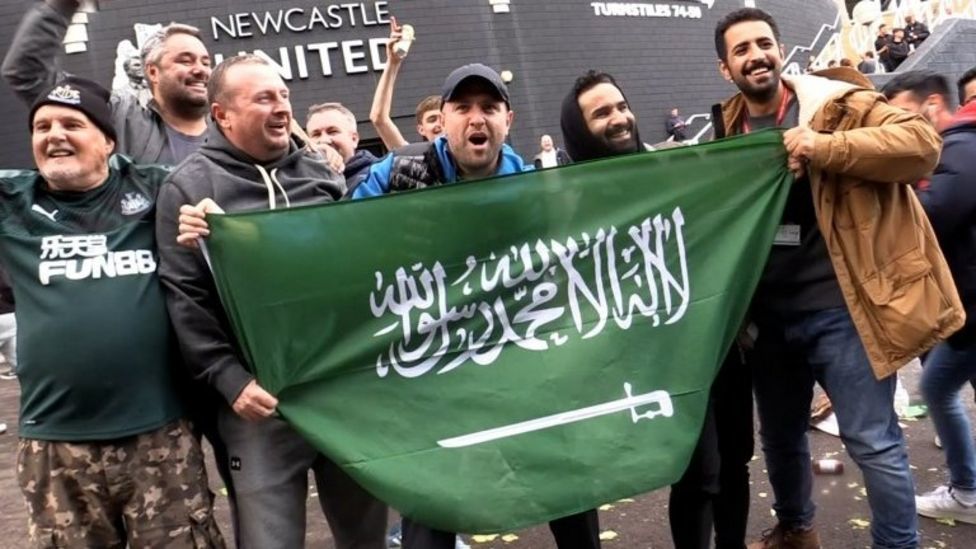 The UK government is refusing to reveal what it told the Premier League about the Saudi-backed takeover of Newcastle United because it could "harm" relations with Saudi Arabia.

The government says it did not get involved in the deal, which has been criticised by human rights activists.

But the Foreign Office is known to have held meetings with the Premier League to discuss it.

The BBC asked for details of these meetings under Freedom of Information.

However, it declined to provide further details requested by the BBC, including a list of attendees and the full minutes.
Labour MP for Newcastle-Upon-Tyne Central, Chi Onwurah, who has been critical of the way the Premier League handles takeovers, said: "The lack of transparency and accountability by the Premier League and government is a sign of broken football governance.

"This is the first time we've heard it's an issue of diplomacy. There will be many fans who have concerns about Saudi Arabia's human rights record - if the government raised concerns, we deserve to know about it."

In its letter to the BBC in March this year, the Foreign Office said: "We acknowledge that releasing information on this issue would increase public knowledge about our relations with Saudi Arabia."

But officials added: "The disclosure of information detailing our relationship with the Saudi government could potentially damage the bilateral relationship between the UK and Saudi Arabia.

"This would reduce the UK government's ability to protect and promote UK interests through its relations with Saudi Arabia which would not be in the public interest."

The 10 June meeting was between the Foreign Office and the Premier League.

The redacted minutes of that meeting say there was uncertainty about the "exact timeline for a PL [Premier League] decision" but it was "becoming closer".

It added that the Premier League was "committed" to keeping the government "informed both at a working-level [redacted]".

On Thursday, the Premier League approved the takeover of Newcastle United after receiving "legally binding" assurances that Saudi Arabia would not control the club.

Eighty per cent of the funding for the deal will come from the Public Investment Fund (PIF) which is seen as separate from the state, despite the Crown Prince of Saudi Arabia Mohammed bin Salman acting as chair for the body.

Many Newcastle fans celebrated the deal which could see increased investment in the club, following Mike Ashley's 14-year reign as owner. 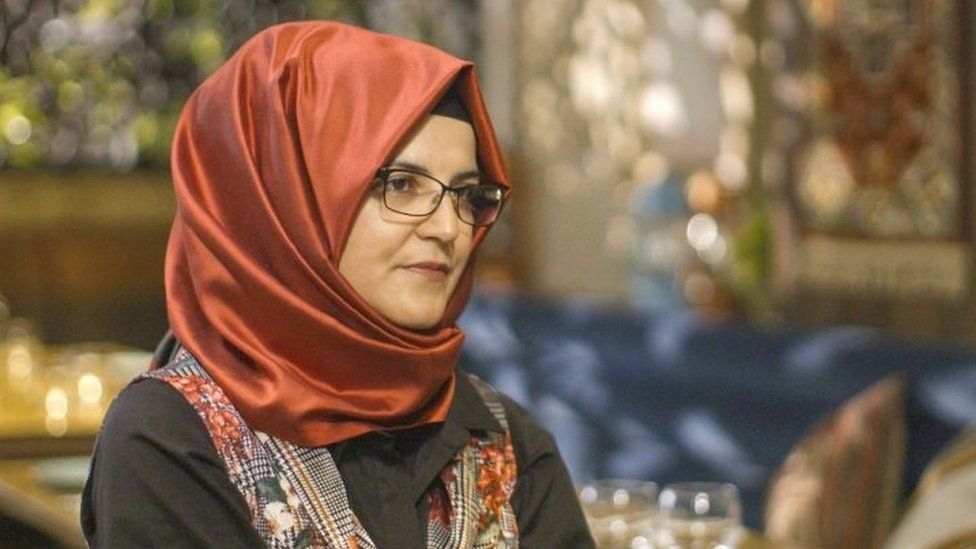 Hatice Cengiz, the fiancee of Jamal Khashoggi, has described the Newcastle United takeover as "heartbreaking"

Homosexuality is outlawed in the country and campaigners say same-sex acts are punishable by death.

Saudi Arabia is an important trade partner for the UK, who after the US is the second largest exporter of arms to Saudi Arabia.

This relationship has been an important one for the UK's defence industry, dating back to 1985 when then-Prime Minister Margaret Thatcher signed the Al-Yamamah arms deal with the country. 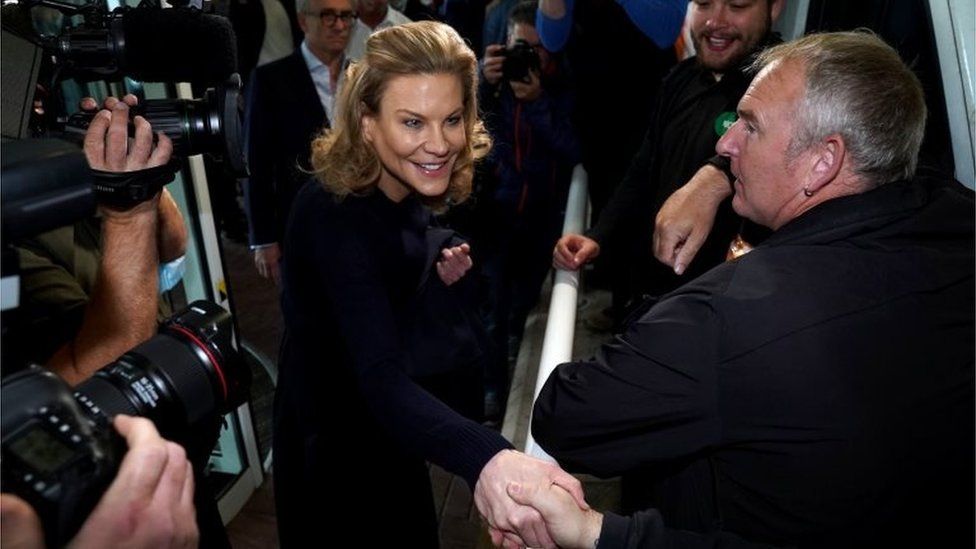 The UK government has made a concerted effort not to get involved with the takeover of Newcastle United, a senior source has told the BBC.

Officials from both the Department for Media, Culture and Sport and the Foreign Office have been in regular contact with the Premier League for updates.

An insider said the involvement of the Saudis made it "quite a difficult one" but the government wanted to "let the deal play out."

Sports minister Nigel Huddleston has said that he is "keeping an eye on" the takeover but that acquisitions of any team is "an issue for football".

He said he expected a fit and proper test to be applied but added: "At the end of the day we've got to trust football to do its job and look after itself".

Labour leader Sir Keir Starmer told the BBC he was "very concerned" by the takeover of the football club, adding that all such deals should go to an independent regulator.

He added that it was not for him as a politician to say who should own football clubs.

Former sports minister Tracey Crouch - who is currently undertaking a review into English football - has said she is in favour of an independent regulator to address corporate governance.