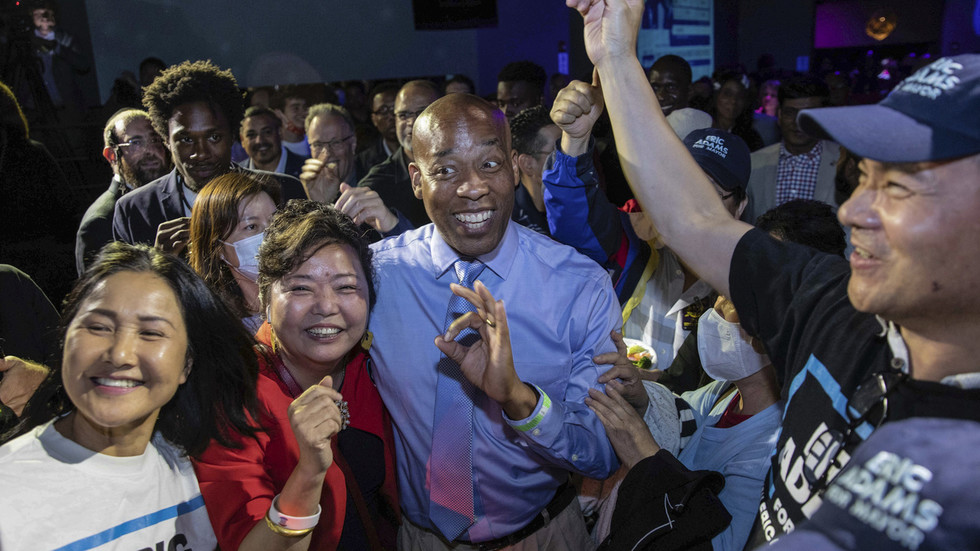 Eric Adams, who took over as mayor of New York City on January 1, has backpedaled from plans to make his brother Bernard a deputy police commissioner, but still wants him leading mayoral security for $210,000 a year.

Adams, a Democrat, initially sought to promote his younger sibling to deputy New York Police Department commissioner, until media reports over the weekend raised concerns over ethics and nepotism. On Wednesday, city officials said he will submit a waiver request to the Conflicts of Interest Board at some point this week to sort out the matter.

Under the mayor’s proposal, his younger sibling would serve as executive director of mayoral security, a position several rungs and $30,000 a year below the original posting. Bernard Adams, 56, had retired from NYPD with the rank of sergeant, and was last employed as assistant parking director at Virginia Commonwealth University.

Adams has defended the appointment, saying that “protection is personal” and his brother was the most qualified person for the job.

“I trust my brother. My brother understands me and if I had to put my life in someone’s hands, I want to put it in the hands of the person that I trust deeply,” Adams told reporters on Sunday, after reports critical of the appointment first surfaced.

He said Bernard’s NYPD experience made him qualified amid what he described as “increased threats” and “a serious problem with white supremacy.”

AP reported there was not previously a position known as “executive director of mayoral security” on the NYPD organizational chart. The mayor’s protective detail is normally led by an inspector-ranked official in the Municipal Security Section, part of the NYPD’s Intelligence Bureau, currently run by Chief Thomas Galati, according to the agency.

The previous mayor Bill de Blasio had obtained an ethics waiver so his wife Chirlane McCray could chair the city’s charitable arm, but she was not getting paid for the job. De Blasio also misused the NYPD security detail during his abortive presidential campaign – to the tune of some $320,000 – and by having them drive his adult son around the city and to Yale University in nearby Connecticut, city investigators said last October.

Adams, the second-ever black mayor of the most populous US city, is himself a former NYPD captain and campaigned on a law and order platform. He has since endorsed Manhattan District Attorney Alvin Bragg’s plan to not seek prison sentences for numerous crimes, and refused to veto a law giving some 800,000 noncitizens the right to vote in municipal elections.
Add Comment