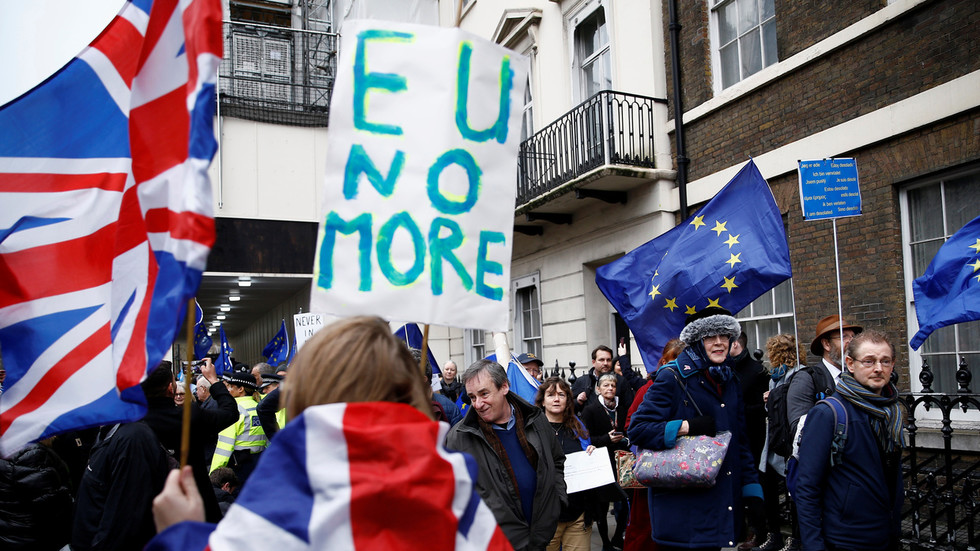 Never mind the nitpickers – Britain came out on top in the £660bn Brexit trade deal, winning hands down on areas that matter most

Arguments will rage over Christmas dinner about who won in the Brexit trade talks, but Brits can be happy to have taken back control of their money, migration and sovereignty. The rest is the price of success in these key battles.

In the aftermath of the battle for a fair Brexit trade deal, there will be plenty of argument over who came out on top, but having spent 10 years in the boiler room of the campaign to extricate Britain from its membership of the European Union, my view is that the UK should be celebrating a triumph, albeit quietly. It would be unseemly to gloat.

The 1,246-page document detailing Britain’s new relationship with the EU will be pulled apart like a Christmas turkey, and there will be plenty of disagreement over what are the best bits and who gets what, but in the three key areas that drove Brexit, we came out on top, have no doubt.

These are things that are close to my heart, after a decade working on developing messaging, drawing out the real issues and turning that into something people could understand and, most importantly, use to convince their friends and family that they were on the right side of the fight.

The Brexit side needed support in numbers and it was no use trying to propagate divisive arguments that would damage our cause – we needed things people could agree on. No-brainers.

And it was important that these were unequivocal issues where a clear winner could be determined, so that when the dust settled and an agreement reached, we could see clearly if our objectives had been achieved.

There were three areas of engagement. What mattered to the British people was the seemingly unreal figure of £350 million a week the UK sent to the EU as its membership fee ( though, granted, part of that was returned in kind), the lack of control we had over our immigration system and, finally, the legal handcuffs we wore when we were shackled to the European Court of Justice (ECJ) – a foreign court in a foreign land dictating how we should live our lives.

Time and again, these were the big issues that they wanted to discuss – on their doorsteps, at campaign stalls set up in town centres and at public meetings across the country.

Those millions of people who felt these issues undermined British nationhood will be pleased with the outcome of Boris Johnson’s trade deal. Because we have won hands down on all counts.

We are no longer a member of the EU, so that membership subscription is no longer due. We have taken back control of our borders and, instead of an open-door policy, from January 1, we have an Australian-style points-based system for migrants. And lastly, we are no longer bound by EU law or the judgments of the ECJ. Hip, hip, hooray!

So, ignore the clamour and nitpicking about fishing rights, the Northern Ireland border or maintaining a level playing field through government subsidies, these were very much fringe matters in the years leading up to that June 2016 referendum. There was just too little understanding or too much apathy about these issues to make them any use in drumming up enough support to convince a majority.

We took matters that people could digest easily and share with others. The things that concerned regular folk were not the operation of financial services or the ability of the City to trade freely. In fact, the public in general despised the banks, having been screwed so badly back in 2008 – Joe Public no longer has an emotional attachment to the idea of ‘The City’ as a world leader.

So, if we have lost out in any way in the area of financial services under the agreed trade deal, then it won’t mean a fig to Sid and Shirley of Stockport.

And neither will the prolonged argy-bargy about fishing territories, which took up way too much time and effort in relation to the paltry 0.12 percent of gross domestic product this sector contributes to our economy. Although, unexpectedly, we seem to have swung that one as well.

My feeling is that French President Emmanuel Macron was the reason for this. Alone among the European leaders, he knew of the disproportionate and historical attachment our island nation has to its fishing territories and coastal towns. So, he held out to try and screw us as the clock ticked down.

Then, he mis-stepped, slamming the French border shut over an outbreak of a coronavirus variant in the UK without first checking with Brussels. They were not amused and even went so far as to chastise l’Empereur.

That was handy for British negotiators and embarrassing for the EU team at a very sensitive moment in the talks. Who knows, maybe it was enough to put Macron on the back foot and concede the numbers needed to finalise the fishing to-and-froing, and with that, the entire trade deal, just so he could save face with Brussels.

If the rash behaviour of the puffed-up president did prove instrumental in the UK securing a brand new £660bn trade deal, that really would be the glacé cherry on top.
#coronavirus  #boris johnson
Add Comment