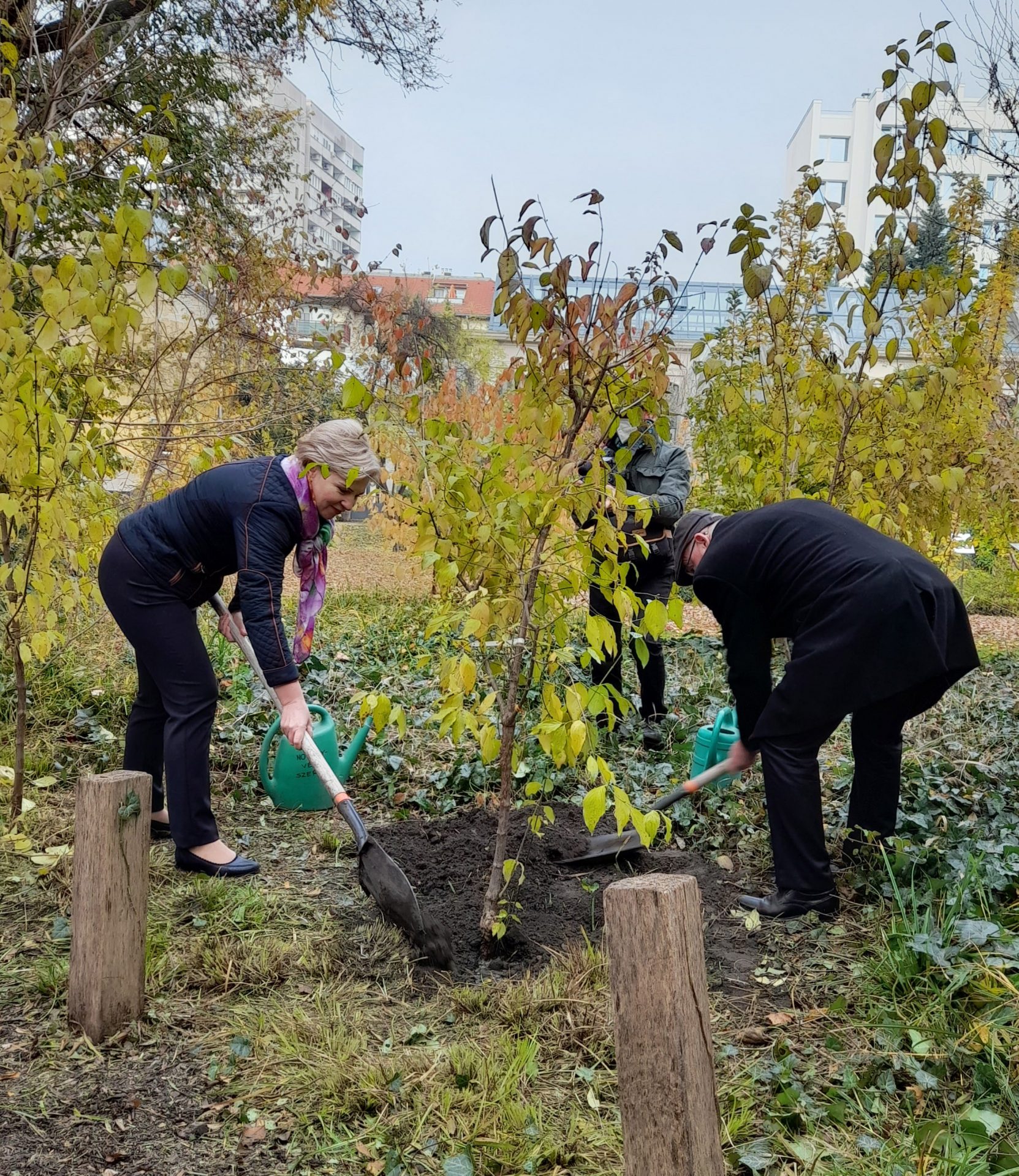 Friendship between Hungary and Ukraine continues to flourish despite all difficulties, as witnessed by the planting of a flourishing “Cornus Mas”, a small tree that had been dutifully uprooted from the Kyiv botanical gardens then transported some 1600 kilometres to Budapest by car.

This gesture of goodwill from the Ukrainian nation to the Hungarian people took place at the Budapest botanical garden, also known as the Füvészkert, on the outskirts of central Pest at Illés utca in District VIII this November 16.

The event was hosted by Dr. László Orlóci, the Füvészkert director, and Ukraine’s Ambassador to Hungary, Nepop Liuba. Those in attendance included ambassadors and diplomats, as well as friends and well-wishers for Ukraine.

Ambassador Nepop and Dr. Orlóci highlighted not only Ukraine’s 30th independence anniversary, which is celebrated every August 24, but pointed out that this December will mark the 30th anniversary of the restoring of diplomatic relations between Ukraine and Hungary. In 1991 Hungary was the third nation to recognise Ukrainian independence and the first to re-establish diplomatic relations with the nation.

They said it was also good to touch on relations today, when it is important to continue working with a good spirit to solve the delicate, sensitive issues between neighbours, and to continue working on “building bridges and not walls”. Concern for the east of Ukraine, which has been subject to Russian aggression since 2014, remained worryingly high, they said, and not only for Ukraine but for Europe in general. This we all must work on, regardless of initial differences, for the sake of peace, security and stability for everyone. 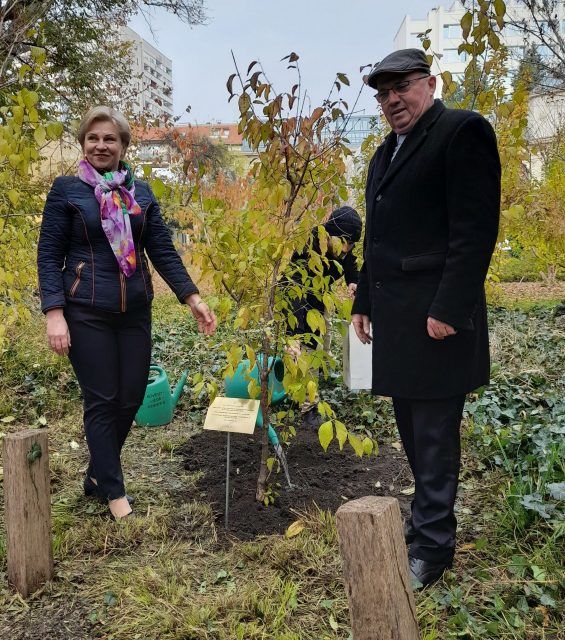 As Ambassador Nepop pointed out in her welcome address, Ukraine is grateful for those who support the restoration of its territorial integrity, namely Hungary and other partners, and can count on their active roles and positions to prevent further escalation of Russian aggression. This was even more important today, considering the increase of Russia military presence along the Ukrainian borders.

The deciduous shrub’s informal name (in English) is “Dog-wood”, and comes with a cheerful appearance throughout the flowering seasons. The Cornus Mas is also symbolic in Ukrainian folklore, along with the Viburnum, and is generally long-living and enduring – as are, hopefully, both nations’ future relations.