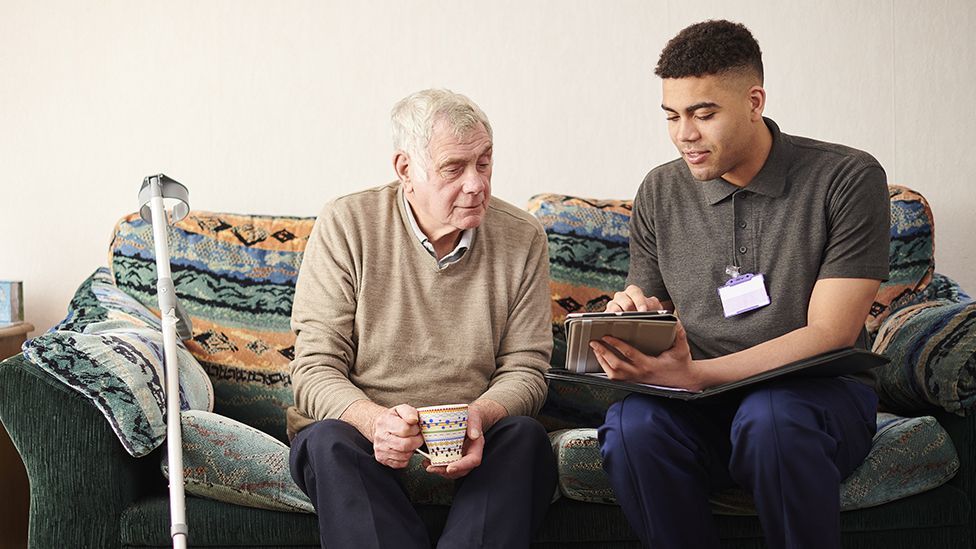 National insurance: What’s the new Health and Social Care tax and how will it affect me?

The government has announced an extra tax to fund social care in England, and help the NHS recover after the pandemic.

But there has been criticism - including from within the Conservative Party - that it will be unfair on younger people and the lower paid.

What are the new plans?

Employees, employers and the self-employed will all pay 1.25p more in the pound for National Insurance (NI) from April 2022.

But from April 2023, National Insurance will return to its current rate, and the extra tax will be collected as a new Health and Social Care Levy.

This levy - unlike National Insurance - will also be paid by state pensioners who are still working.

How much will the tax changes cost me? 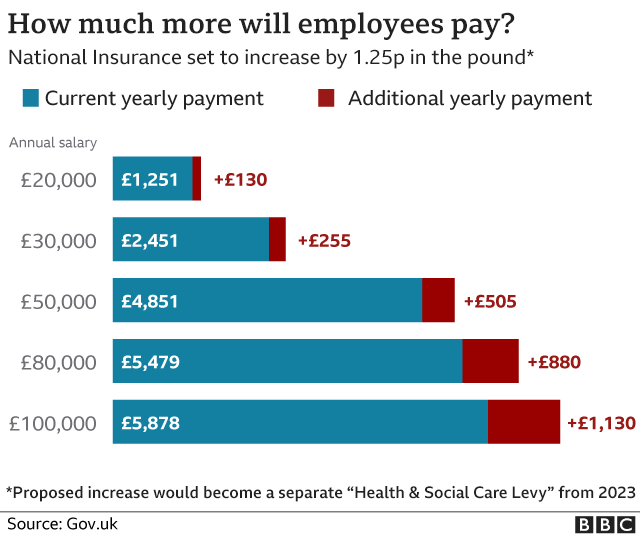 National Insurance is a UK-wide tax - and while Boris Johnson's announcement focused on funding health and social care in England - Scotland, Wales and Northern Ireland will also receive an additional £2.2bn to spend on their services.

What is National Insurance?

*  It's a tax on earnings paid by both employees and employers; the self-employed also pay it on their profits
*  It was introduced in 1911 to provide a fund for workers who had lost their job or who needed medical treatment
*  It is now used to pay for the NHS, benefits and the state pension
*  The money is supposed to go into a "ring-fenced" fund - which means that it has to be used for these purposes - but the government can borrow from the National Insurance fund to pay for other projects

What are the criticisms of the tax increase?

There are concerns that the increase will have a higher impact on the lower-paid.

Currently workers pay 12% National Insurance on earnings between £9,564 and £50,268. However, anything earned above this amount attracts a rate of just 2%.

Consequently as your income rises above £50,000, National Insurance becomes a smaller and smaller proportion of your wage packet.

The same rate will also apply to the Health and Social Care Levy. 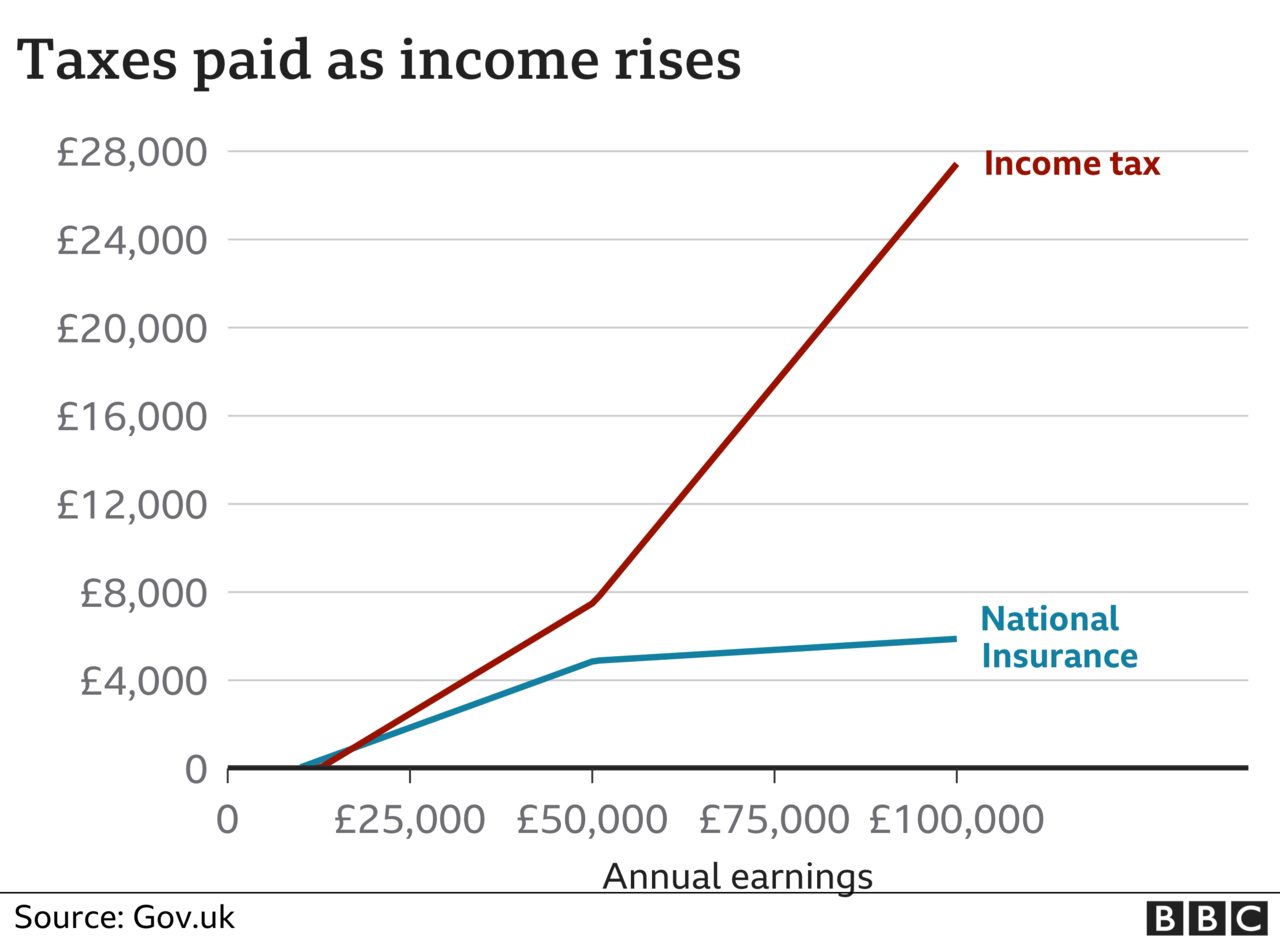 The government is also going back on a promise made in its 2019 election manifesto that it would not raise National Insurance.

However, Boris Johnson said the increase was necessary given the pandemic and the burden it placed on the NHS.

What is the tax increase for?

The government says the changes are expected to raise £12bn a year, which will go initially towards easing pressure on the NHS .

A proportion will then be moved into social care system over the next three years.

This mainly helps older people and people with high care needs, with tasks such as washing, dressing, eating and taking medication.

The aim is to make sure that people in England pay no more than £86,000 in care costs from October 2023 (not including accommodation and food).

In addition, anyone with assets - their home for instance, or savings and investments - which are worth less than £20,000, will have their care fully covered by the state.

At present, to get your care paid for by your local council, you must have a very high level of need and also savings and assets worth less than £23,250 in England.

Below that level the amount you pay reduces until you have less than £14,250, at which point the council pays for your care if you qualify.

The care system is under pressure because of an ageing population and the pandemic. It has been hit by staff shortages and falling government spending.

This has also put pressure on the NHS because people cannot be discharged from hospital if they don't have anywhere suitable to go.

What happens in the rest of the UK?

In Wales, no-one who is eligible for care at home is expected to pay more than £100 a week.

In Northern Ireland, no-one over the age of 75 pays for home care.

Scotland provides free personal care for people who are assessed as needing support at home, whatever their age.

In Scottish care homes, people get free care if they have savings or assets of less than £18,000.

People with more than that have to fund their own care, apart from a £193.50 a week contribution towards personal care and £87.10 a week towards nursing care.