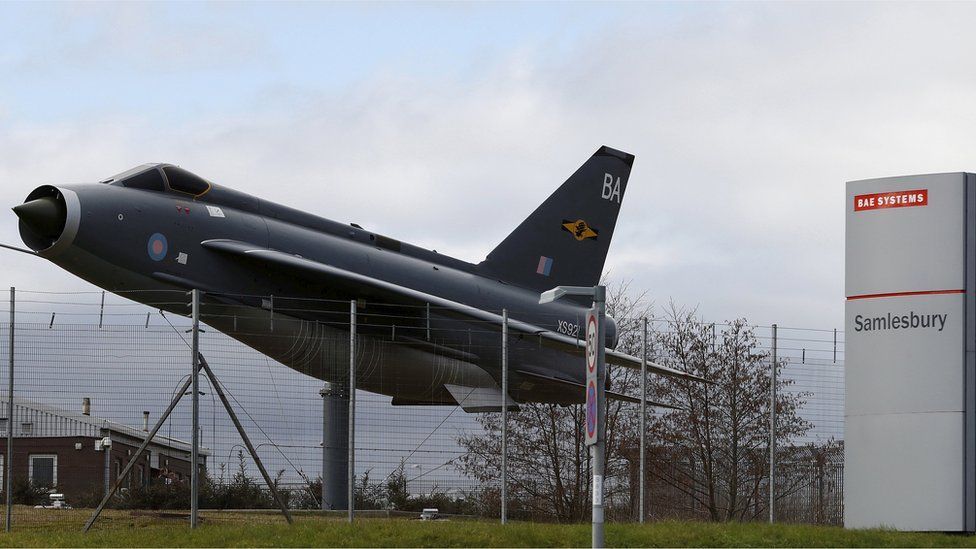 National Cyber Force to be based in Samlesbury

The government has announced that its cyber-attack agency, known as the National Cyber Force, will be based in Lancashire.

The organisation aims to counter threats from criminals, terrorists and hostile states.

Operating since April 2020, it includes officials from MI6, cyber-spy agency GCHQ and the military under a unified command for the first time.

The National Cyber Force (NCF) will be based in Samlesbury, which hosts an aircraft factory for the military technology firm BAE Systems and has been heavily involved in military aircraft development since 1922.

Located in a purpose-built premises, it will receive more than £5 billion of investment before 2030, the government said.

A Conservative spokeswoman said it would be "home for thousands of cyber hackers and analysts" and would create hundreds of support jobs in business and legal affairs.

NCF's existence was only formally made public by the prime minister in November 2020.

The aim is that, when British armed forces go into combat, cyber-operations will work closely with the traditional military, with potential scenarios including operators hacking into enemy air defences.

Tactics could include disrupting a suspect's mobile phone or a cyber-crime group's computer servers to prevent a threat like 2017's WannaCry attack, which took down parts of the NHS and other organisations by scrambling their data.

Other methods could include communicating with attackers to undermine their morale and dissuade them.

Ms Truss said: "The National Cyber Force will help confront aggressive behaviour from malign actors, and demonstrate that Britain is investing in next-generation defence capability to protect our people and help our friends counter cyber threats.

"It sends a powerful message to our allies and adversaries alike."

Defence Secretary Ben Wallace, who is also the Conservative MP for the nearby Wyre and Preston North constituency, said: "I am hugely proud and enthusiastic to see this happen - not only will it provide a catalyst for investment, but also see our levelling up agenda bring economic stimulus and tangible benefits to this region."

In 2019, intelligence agency GCHQ opened a hub in Manchester which operates alongside its headquarters in Cheltenham and offices in Cornwall and Scarborough.