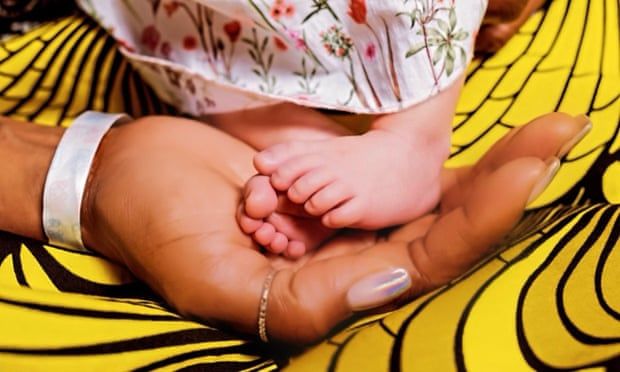 Naomi Campbell’s motherhood is good news, but most women don’t have her reproductive choices

While we don’t know the details about Campbell’s situation, we do know that for most older women, options are limited, says women’s health lecturer Zeynep Gurtin

Earlier this week, supermodel Naomi Campbell created a social media storm by posting a picture of her hand cradling a small baby’s feet with the caption: “A beautiful little blessing has chosen me to be her mother.”

While thousands congratulated Campbell, 50, on her newfound motherhood, many others raised critical voices, commenting on her age. Since the post doesn’t provide any details regarding whether Campbell gave birth, adopted the baby, or commissioned a surrogate’s services, there was also widespread speculation about how the baby was conceived, carried and delivered.

Quite aside from the particular choices that Campbell might have made, this case raises important questions about the range of reproductive options available to older women, fertility education and whether celebrities owe a degree of transparency to their followers, in particular regarding such potentially private and sensitive life decisions.

Prof Joyce Harper, reproductive scientist and author of the book Your Fertile Years: What You Need to Know to Make Informed Choices, warns that: “Celebrity pregnancies at advanced ages give women false hope about what is actually possible. The reality is that it is very, very unlikely for a woman to naturally become pregnant at 50. And, what’s more, it is equally unlikely that she can do so using IVF.” Harper says that while increasing numbers of women are becoming aware that their fertility begins to decline from the age of 30 onwards, many still assume that assisted reproductive technologies can provide a miracle solution to help them conceive if they have fertility problems, whatever their age. This, she points out, is simply not the case.

The latest data from the Human Fertilisation and Embryology Authority (HFEA) provide strong support for Harper’s point. While the average birthrates via IVF in the UK were 23% per embryo transferred in 2018 – a figure that is already considerably lower than many would imagine – the chances decreased as women became older. For instance, while women under the age of 35 had a 31% chance of live birth, the chances for those aged between 40 and 42 dropped by almost two thirds, to 11%. More strikingly, the chances for women over 43 have remained consistently below 5% – meaning that for this age group, only one IVF cycle out of 20 ends with a “take-home baby”.

IVF, of course, is not the only option available. Older women can significantly increase their chances of pregnancy – to over 25% – by using donor eggs (usually from much younger donors), although this remains a less favoured option, with most women hoping to have their own genetic children. Consequently, over the last 10 years, more and more women have opted to freeze their eggs in order to “preserve their fertility”, and to give themselves a higher likelihood of achieving motherhood later in life, in effect donating their own younger eggs to their older selves. Surrogacy – with or without the use of donor eggs – can also provide a route to motherhood, particularly for women unable to carry pregnancies for a range of reasons. But it is important to note that none of these options come with a guarantee, and none of them come cheap. In the UK, egg freezing costs between £4,000 and £7,000, egg donation up to £10,000, and surrogacy typically between £10,000 and £15,000, making these technologies financially inaccessible for most women. Adoption, too, is often a costly and lengthy process – and, according to the charity Family Lives, most of the 6,000 children in the UK seeking adoption are of school age, making it harder for those individuals hoping to adopt babies.

The key question here, of course, is not what Naomi Campbell has done, or whether she will ever reveal the intimate details of her life decisions. Rather, it is why women and men in general seem to have such inaccurate ideas and expectations about fertility and reproduction that the news of older celebrity mothers – including, in recent years, Janet Jackson, who had her first child at 50, and Brigitte Nielsen, who had her fifth at 54 – can easily mislead them about their own options. It seems that in an age of proliferating reproductive choices, fertility education remains woefully insufficient.

This, Harper points out, is the main reason why she co-founded the Fertility Education Initiative in 2016, to help spread accurate information to young people, adults, teachers and health professionals about fertility and reproductive health, as well as the limitations of technologies like IVF, so that people can have realistic expectations and don’t find themselves “running out of options”. Harper, who speaks frankly about her own fertility struggles and her lengthy journey to have her three sons – the first just a few weeks before her 40th birthday, followed by twins conceived after frozen embryo transfer – says she was lucky, but knows that many others are not.

According to the latest data from the Office for National Statistics, 18% of women born in 1974 will reach the end of their reproductive years without children. While many of these women may be actively choosing childfree lives for a variety of reasons, that’s not the whole story. There is also an increase in involuntary childlessness due to age-related loss of fertility, one of the consequences of a demographic trend for delaying motherhood. “As experts speaking up about age-related fertility decline, we are not trying to spread doom and gloom,” Harper says, “but we hope that providing this information can help people make the right choices for themselves at the right time, and avoid women suffering heartbreak because they are surprised to find themselves childless and infertile in their 40s.”

Naomi Campbell’s news – like the happy announcement of every other new mother – deserves nothing but congratulations. But it should not be confused with what is possible for the majority of people. Although Campbell told ES magazine in 2017, “I think about having children all the time. But now with the way science is I think I can do it when I want,” that is simply not a realistic option for most women.
Add Comment