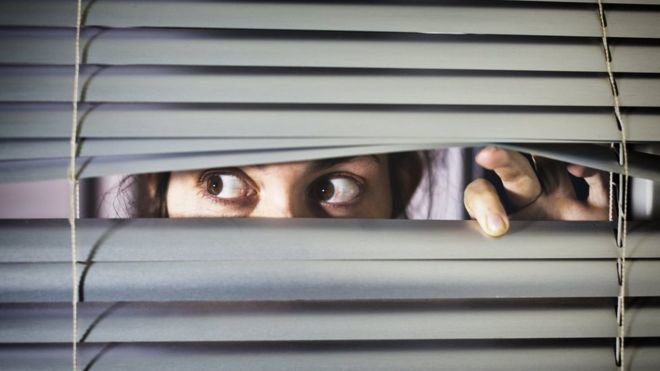 My neighbours are breaking the rules - what should I say?

Your neighbours are having parties and their mates are over all the time. Boris Johnson has urged neighbours to speak to each other about breaking the rules on social gatherings before involving the police. But what exactly do you say when you knock on that door?

While it can be daunting, psychotherapist and mediator Dr Mike Talbot recommends talking in person to try to resolve the situation amicably, rather than putting hostile notes through letterboxes.

"People tend to shy away from these conversations and leave it too long so they've become furious and then it's too late" he says.

Conflict resolution expert Louisa Weinstein agrees it's important to rein in your emotions.

"Try not to take in old resentments - leave them at the door," she says. "If you feel angry it's really important to take a moment to just take a breath and try and have some empathy for the other person. Then there is less danger of things escalating and making the relationship with your neighbour worse."

She says it's best to try to understand why they might be breaking the rules. For some the guidance isn't clear, she says, but there could be other reasons to consider.

"[Some people] don't see it as a risk, others see the risk to their mental health as more important, others feel they may not be with their families for many more years if they've got elderly relatives and they want to make the most of things while they can.

"It's really important that even if you disagree with the other person, to just think about where they might be coming from." 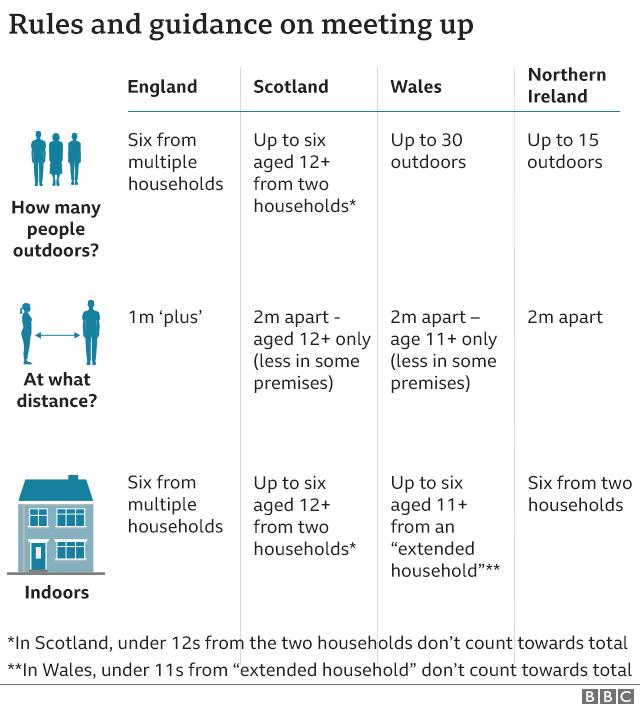 It's a good idea to agree a convenient time to have a chat, which probably means after the gathering has finished, Dr Talbot adds.

He recommends using a conversational tone, perhaps asking people if they were aware of the rules, and listening to their perspective first.

"You can wade in and start telling people off and being bossy but you're likely to get a short answer and it does tend to rise to quite a high temperature conflict," he says.

It's important to remember the basics, Dr Talbot says, like not raising your voice or getting too close and avoid using words like "should" or "ought" as this can create the dynamic of a parent telling a child off.

It's also best to tackle the situation alone if possible to avoid appearing threatening, he says, and definitely don't gang up against one person with a group of other neighbours.

When it comes to putting your perspective across, Mrs Weinstein says it's about explaining the impact their actions are having on you.

"For example, you could say 'I've noticed that you are having more than six people round to your house. When you do that I feel very nervous and upset because I feel that it is putting people at risk'," she says.

"You can't make anyone do anything but if you are human about it you can probably make them see your perspective and give them the opportunity to change their behaviour." 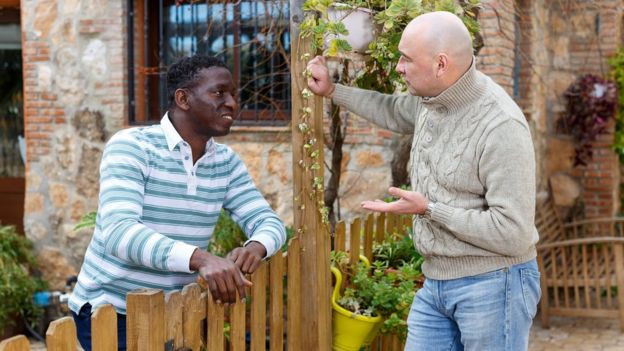 However, if the person does react in an aggressive way, Dr Talbot says, you can try depersonalising the conflict. "Say it's not about you, it's about the situation we're all trying to manage here," he says.

And if it gets to the point where you feel unsafe it's always best to walk away, Mrs Weinstein advises.

Dr Talbot says similar advice can be applied if talking to strangers who are meeting in large groups in public.

But ultimately the conversation will be easier if you already have a relationship with the person, he says. So try to pre-empt any issues by doing your best to get to know your neighbours.

"Some people have never spoken to their neighbours before a conflict blows up," he says. "It's always better to have a conversation before you have a conflict because then if you do have a disagreement at least you've got a bedrock to build on.

"Don't let your first conversation with your neighbour be when you're having a conflict with them."