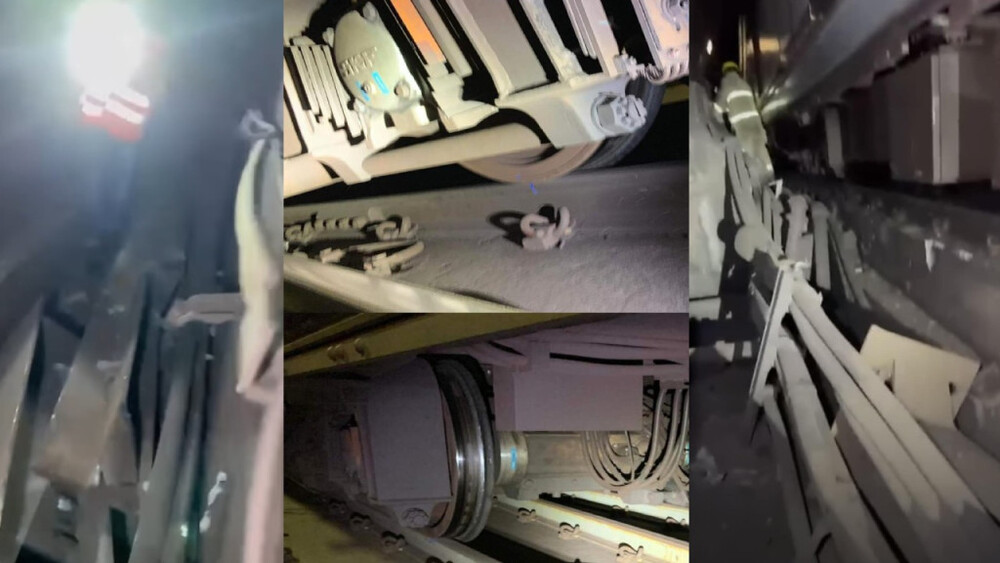 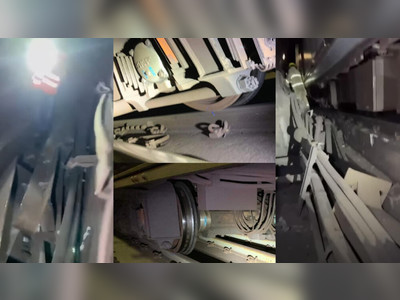 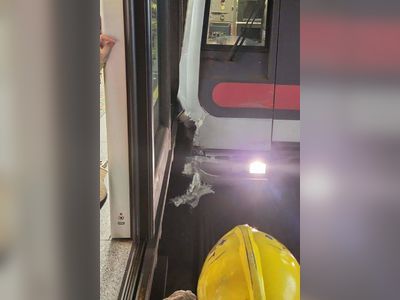 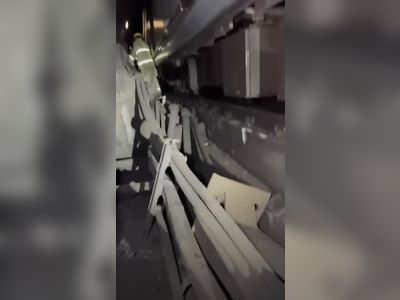 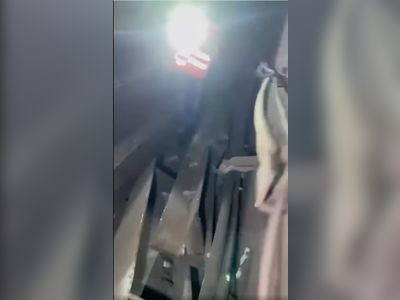 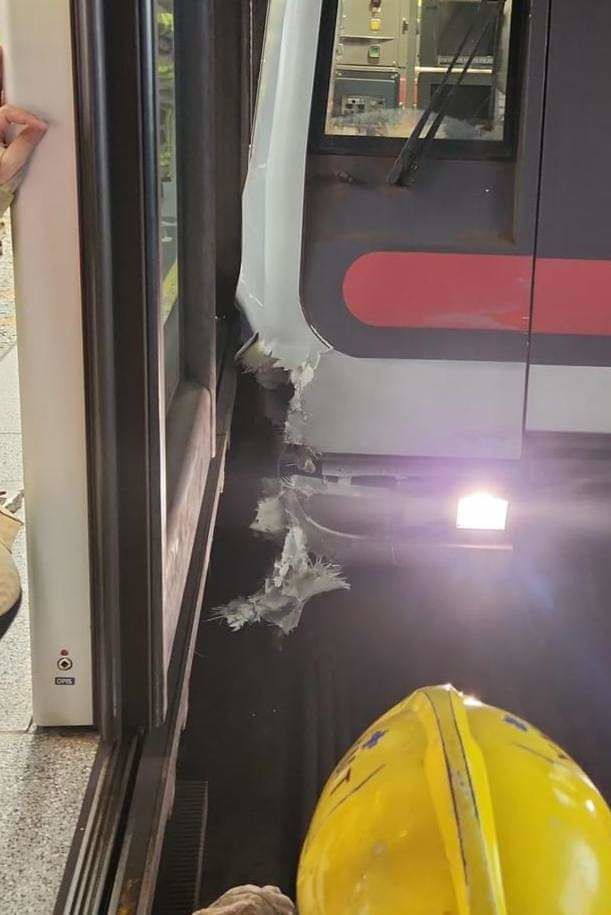 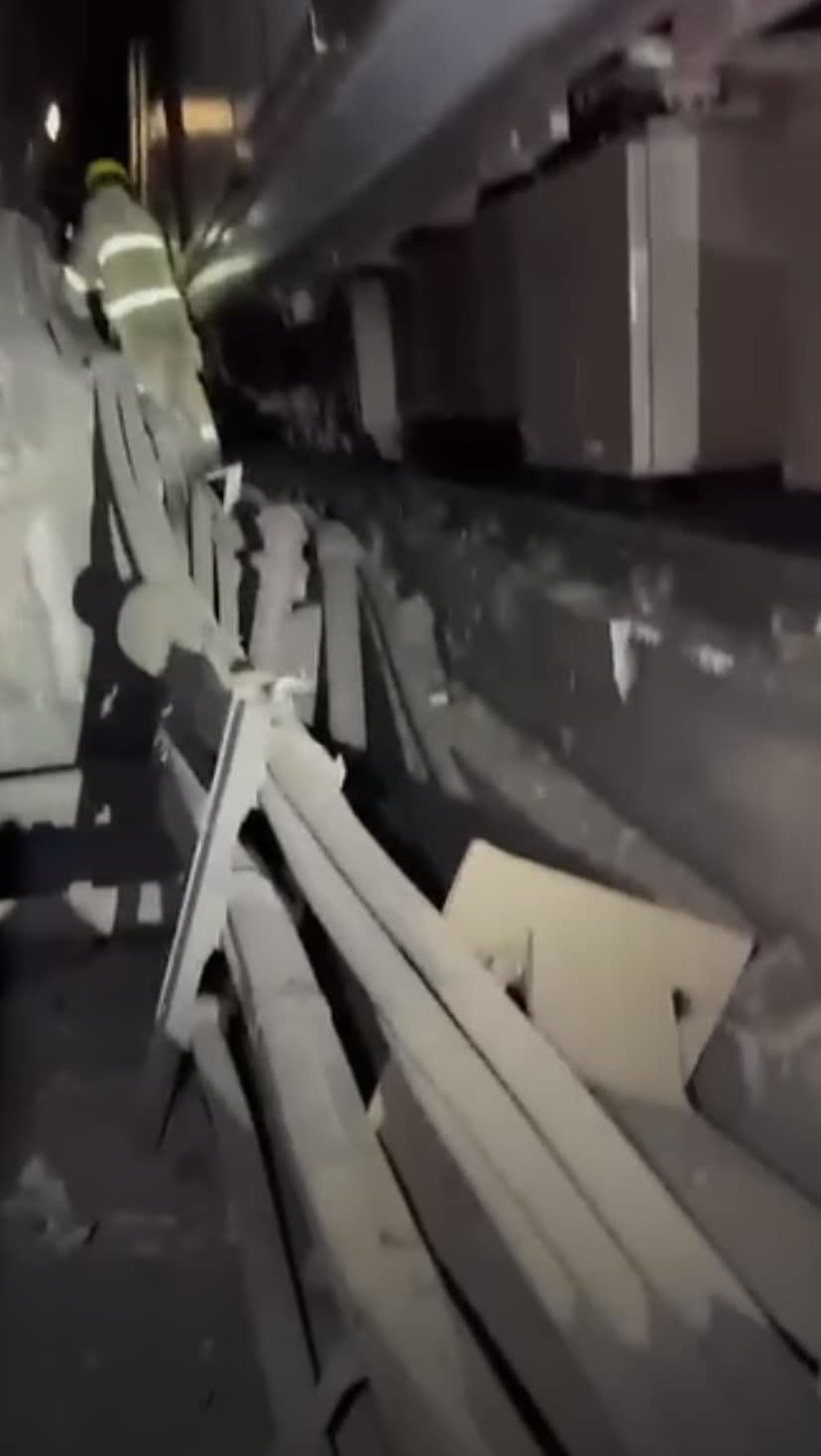 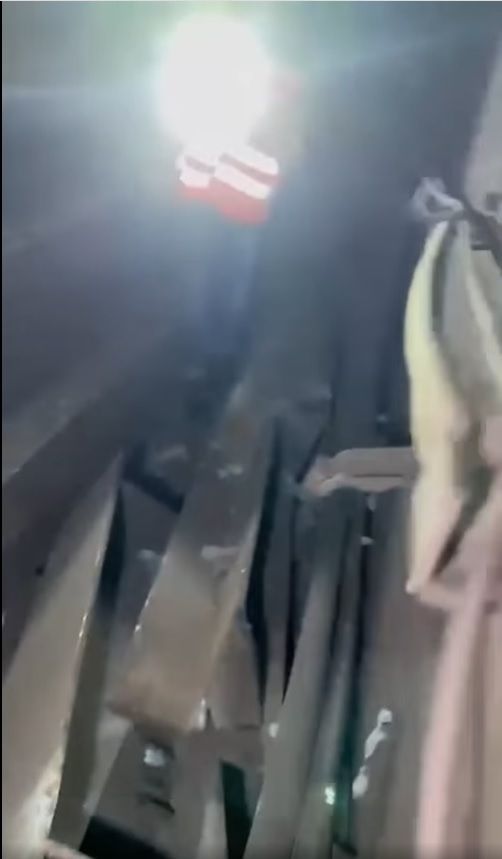 Officers of MTR announced on Sunday to find the bogie on the disrupted train's carriage slightly off the rail. The services between Jordan Station and Lai King Station on Tsuen Wan Line could not be resumed today.

An incident involving the door detachment of an MTR Tsuen Wan Line train happened this morning as two sets of doors suddenly fell off and stuck.

"We found the train bogie of the first carriage slightly derailed after a preliminary investigation," said Sammy Wong Kwan-wai, the Chief of Operating & Metro Segment of MTR, in a press briefing.

"A rescue team with 65 rescuers, 10 fire trucks, and eight ambulances rushed to the scene of the accident," said the firefighters.

During the accident, a 78-year-old female passenger got injured on her arms and was sent to Kwong Wah Hospital.

Lawmaker Gary Zhang Xinyu, who used to serve as an engineer of MTR, claimed the recovery of the services might take a long time.

"It is a very rare accident, and at worst the services might not be possible to resume today," he said.

The Electrical and Mechanical Services Department is deeply concerned about the incident and has immediately commenced investigation, including visit to the place of incident and the train concerned. The EMSD will examine various factors, including foreign objects and conditions of mechanical parts.

The EMSD has also required the MTR Corporation to submit incident report as soon as possible, and duly formulate and implement improvement measures to ensure the safety of railway operation.