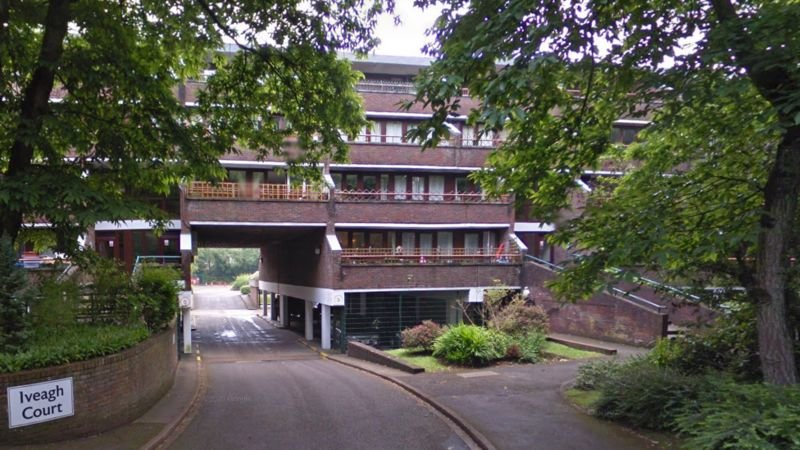 The bodies of June Corfield, 84, and Stephen Corfield, 60, were discovered in Bracknell, Berkshire, in January.

Reading Coroner's Court heard the pair were discovered "in a state of decomposition" during a welfare check.

Assistant coroner Alan Blake found Mrs Corfield died from hypothermia, but recorded an open conclusion on the death of her son.

The inquest heard no-one at the flat at Iveagh Court in Nightingale Crescent would open the door to contractors who were renovating the block, owned by a housing association.

On 15 January a housing officer called out a locksmith and the bodies were discovered.

Det Sgt Liam Butler of Thames Valley Police told the inquest the two-bedroom flat did not appear to have a central heating supply, its electricity was turned off at the fuse box and had very few items of furniture.

The inquest heard the pair, who had not spoken to family for years, were both found in a state of undress. Mr Corfield, who was visually impaired, had in excess of £1,000 in his pocket.

A newspaper with the date 2 December 2019 was found in the bin, the court heard.

Det Sgt Butler said detectives looked at a variety of scenarios, but there was no evidence of forced entry or violence.

Mr Blake told the inquest: "It has not been possible to establish when each individual died, whether they died at the same time or if one died significantly before the other."