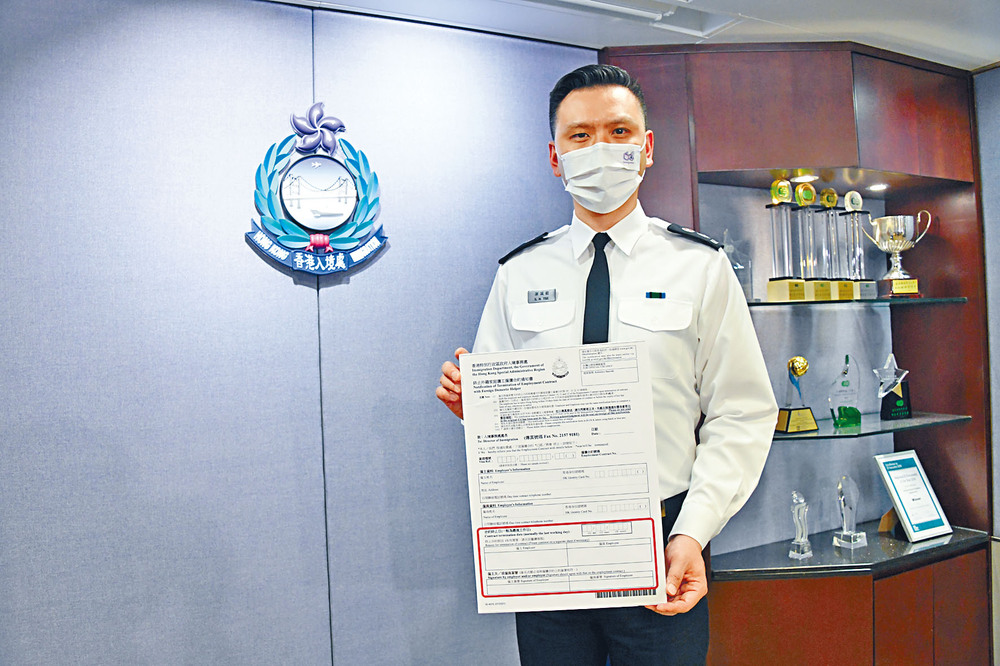 The Immigration Department has recorded over 4,400 job-hopping cases of foreign domestic helpers between January and October, 2.5 times last year.

More than 1,700 employment visa applications were denied, which was five times more than last year.

The department said it will combat job-hopping, which is when foreign domestic helpers prematurely terminate their employment contracts or deliberately perform poorly to force their employers to fire them to change employers.

"In suspicious cases, the department will contact the former employer to find out the reason for early termination and will deny visa applications in the cases of confirmed job-hopping," the Immigration Department said.

The latest figures showed that some 340,000 visas were approved to foreign domestic helpers from January to October this year, including 10,153 cases of premature termination of employment contract for change of employer.

In these cases, premature termination of the contract was approved due to the original employer's transfer, migration, death, or financial reasons, or if there is evidence suggesting that the FDH has been abused or exploited.

The other 4,475 cases were suspected of job-hopping, about 2.5 times more than the 1,776 cases last year, among which 1,784 visa applications were denied, nearly five times the 319 cases last year.

He said that if helpers ask for a pay rise soon after they arrive or claim urgent business to leave Hong Kong, they often have found new employers.

"For example, the department received a premature termination of the contract earlier, claiming that she was treated poorly," Tse said. "The helper asked for compensation and changing an employer, whereas the new employer also pleaded to approve her visa."

However, he said that after contacting the original employer, the officers found that the helper asked for a pay rise and resigned after finding a new employer. Therefore, both her compensation and visa application were denied.

Tse reminded that a job-hopping record will also affect the future application to work in Hong Kong of the helper concerned.

He also said that after completing a contract, the employer and the helper can submit the same or their respective Notification of Termination of an Employment Contract to explain the reasons for termination of the contract.

Tse added that the department did not rule out that others abetted the helpers to find new employers.

He said that the Immigration Department and the Labour Department will take joint operation, including inspections of employment agencies and education on combatting job-hopping.

"The department had distributed leaflets to helpers in Central on October 31 and went to an employment center in Mei Foo to promote related information recently," Tse said.

Tse stressed that the department will conduct enforcement, including revoking agencies' licenses if they are proved to abet helpers to job-hop.

He reminded employers that even if they hired a helper through job-hopping, she might do the same thing again, affecting care-dependents in their families.
Add Comment