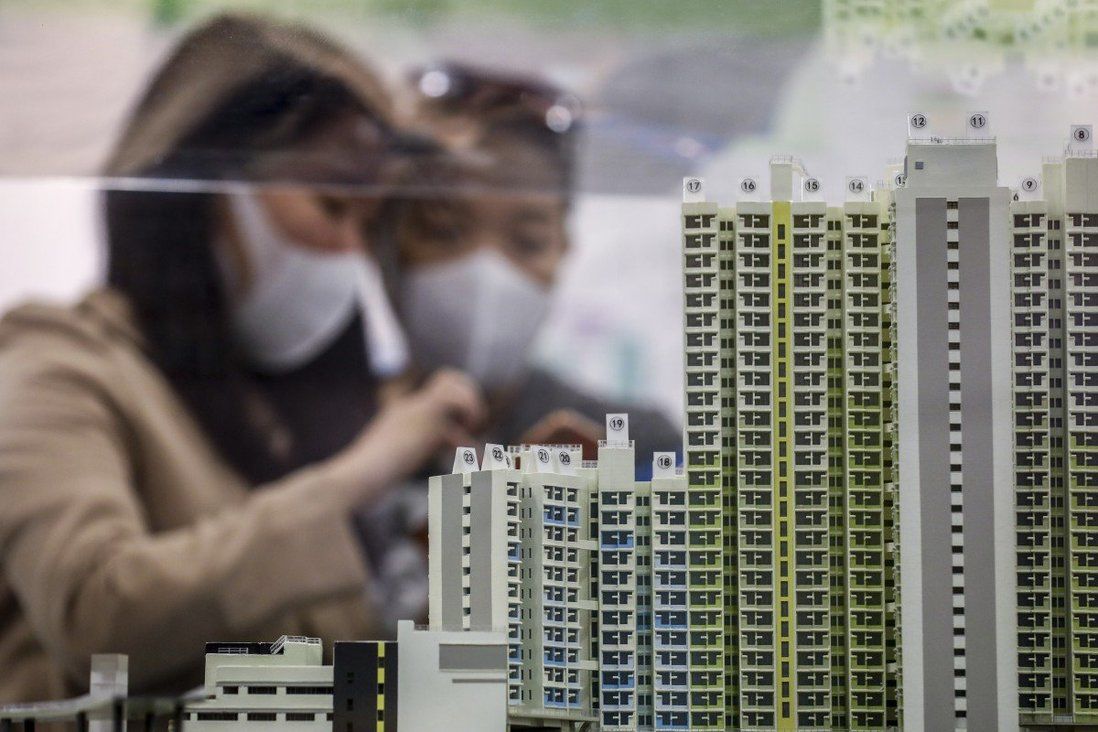 More than 2,000 Hong Kong flats on sale at half price for public housing tenants

Latest batch of new subsidised homes to be sold this month, with prices for units in Kai Chuen Court in Diamond Hill ranging from HK$1.18 million to HK$3.85 million.

The flats in Kai Chuen Court in Diamond Hill, the newest batch under the Green Form Subsidised Home Ownership Scheme, will be offered at 50 per discount of the market price exclusively to public housing tenants, or those likely to be allocated a public rental flat in a year.

Located on the site of the former historic Tai Hom Village, the estate is in a busy part of Kowloon with good traffic connections.

Interested parties can submit applications from May 28 to June 10. Forms will be available from Friday.

The same 50 per cent discount will also apply to 525 unsold units from the scheme’s previous batch of flats, at Ching Fu Court in Tsing Yi, and Dip Tsui Court in Chai Wan.

There was an unusually lacklustre response to the otherwise popular scheme last December, something officials blamed on gloomy economic prospects and the small size of those units.

Scott Leung Man-kwong, a member of the Housing Authority’s subsidised housing committee, welcomed the sale and hoped it would attract more applicants.

He expected flats at Kai Chuen Court to sell out because of its better location and bigger size of flats, compared to the projects in Tsing Yi and Chai Wan.

The authority will announce demolition arrangements including compensation next week.