More NHS workers have backed strike action amid a pay dispute with the Scottish government.

About 2,500 members of the Unite union have rejected the latest pay offer and voted for industrial action.

A total of seven health boards will be affected, including NHS Greater Glasgow and Clyde and the Scottish Ambulance Service.

The Scottish government has warned there is no more money to fund public sector pay rises.

Members of the GMB union and the Chartered Society of Physiotherapy have also backed strike action.

The Royal College of Nursing has rejected the pay deal on offer and is expected to announce the results of its strike ballot on Monday.

But Unison, Scotland's largest health union, has suspended its strike ballot of NHS staff and is consulting its members on a revised pay offer until 14 November.

Unite said the frontline staff covered by its strike mandate - backed by 74% of those taking part in the vote - included theatre assistants, laboratory workers and paramedics.

James O'Connell, the union's industrial officer, said: "Our members have made their anger clear by overwhelmingly rejecting this offer and are now willing to take strike action.

"John Swinney has recently said that the Scottish government have nowhere else to go to improve the pay offer.

"If that is John Swinney's position, then he needs to prepare for unprecedented strikes in the NHS."

Mr O'Connell urged the Scottish government to "look again at their sums". 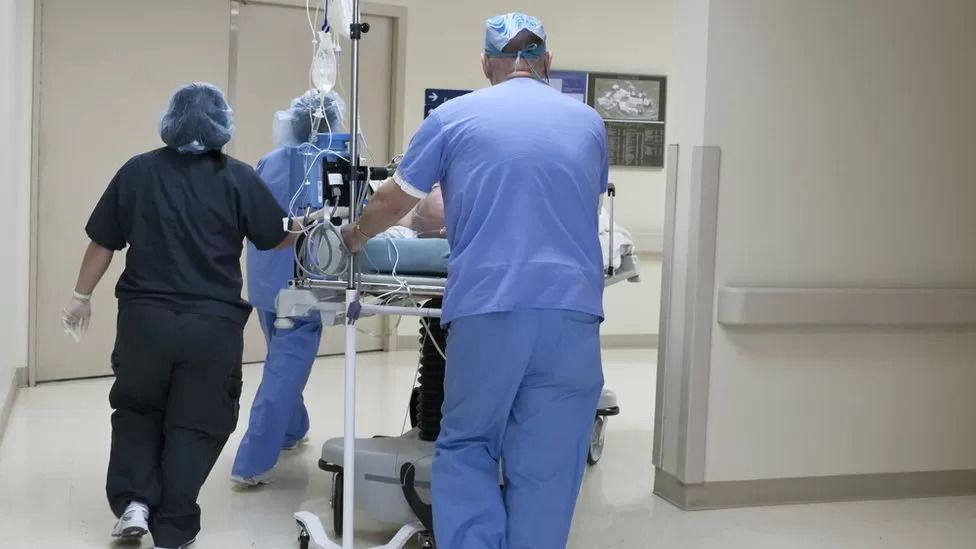 The proposed Scottish government pay deal is for a flat rate increase per person, backdated to April.

Scottish ministers say the new offer means an average salary increase of 7% with the lowest paid gaining more than 11% and qualified nursing staff receiving up to 8.45%.

Finance Secretary John Swinney has said that although cash had been moved around in the health budget to give NHS staff a better offer, further pay uplifts would mean cuts elsewhere.

It came on top of £560m worth cuts to public services in September.

The Scottish government has said its improved pay deal means the lowest paid in the NHS would get an above-inflation 11% salary rise.