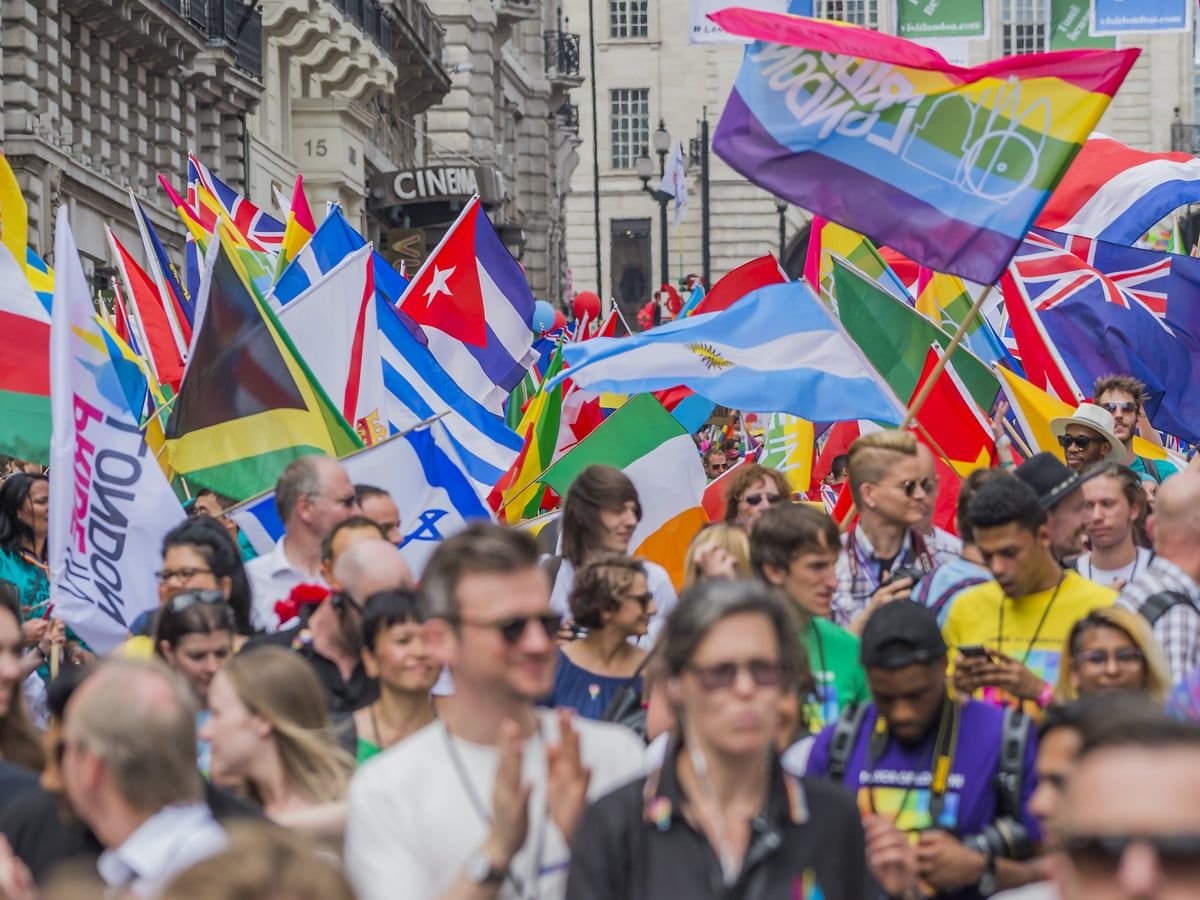 More Britons than ever before identify as lesbian, gay or bisexual

More Britons than ever before identify as lesbian, gay or bisexual (LGB), meaning the nation’s gay and bi community grew by more than 15% in a year to reach 1.4 million people, the latest government figures showed on Thursday.

An estimated 2.7% of British people aged over 16 defined themselves as LGB in 2019, up from 2.2% a year earlier, said the Office for National Statistics (ONS), noting increases across different age groups.

Taking into account “don’t know” and “other” responses, the number of adults defining themselves as heterosexual fell by 0.9 percentage points – or almost 500,000 people – to 93.7% of the total adult population of 52-53 million.

The decline marked a continuation of the steady fall in the size of the straight adult population since 2015, the ONS said.

Penelope McClure of the ONS’s population statistics division said the growth in the LGB community was “statistically significant”.

“People aged 16 to 24 continue to be the most likely to identify as LGB, however the proportion of older adults identifying as LGB, while much smaller, is also increasing,” McClure added in a statement.

Men were almost twice as likely as women to describe themselves as gay, the ONS found. According to the data, based on Britain’s Annual Population Survey, 2.1% of adult males said they were gay, but that fell to 1.1% for lesbians.

However, more women than men identified as bisexual, the ONS said, with 1.4% of women saying they were bi compared with 0.8% of men.

The British figures appear relatively low compared with some other Western countries, such as the United States.

In February, a Gallup poll found a record 5.6% of Americans - or 18 million people – were LGBT+, attributing a significant increase to greater social acceptance.

The British survey focused exclusively on sexuality and no data was collected for those who identify as transgender, or non-binary - people who define themselves as neither male nor female.

Figures are expected to be released soon following the inclusion of the first ever question on gender identity in Britain's national 2021 census. (Reporting by Hugo Greenhalgh @hugo_greenhalgh; Editing by Helen Popper. Please credit the Thomson Reuters Foundation, the charitable arm of Thomson Reuters, that covers the lives of people around the world who struggle to live freely or fairly. Visit news.trust.org)
Add Comment