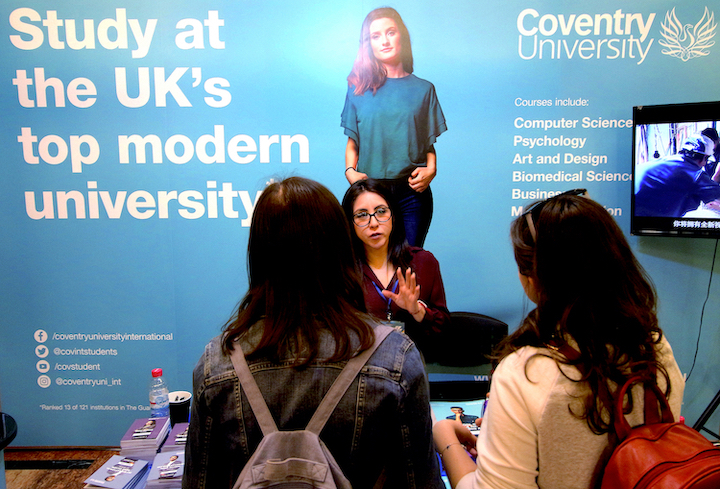 Universities have been accused of inadvertently facilitating money laundering after a Times investigation found that they accepted millions of pounds in cash from students from “high-risk” countries.

At least 49 British universities let students use banknotes to pay £52 million in fees over the past five years, including millions from China, India, Russia and Nigeria.

Financial crime specialists said the disclosure showed that institutions had turned a blind eye to being used to launder proceeds of illicit activity overseas. One security expert said they were “putting out a welcome mat for the world’s kleptocrats and money launderers”. Cash payments do not leave a paper trail that could allow police or banking regulators to track them back to source. They are typically not allowed for most high-value purchases, such as houses.

University officials say that rigorous checks are carried out. However, only 24 out of 478,437 suspicious activity reports filed to the National Crime Agency (NCA) in the 2018-19 fiscal year came from the education sector. Data obtained by The Times under freedom of information laws shows that the top cash-paying country was China. The universities that replied, including some from the elite Russell Group, had received £7.7 million in banknotes from Chinese students since 2015.

All universities said that they had strong due diligence procedures in place and some now refused to accept cash. Universities UK said: “Universities work together with the government, the police service and relevant sector bodies to help protect students and individual institutions from potential money-laundering activity.”

Many universities accepting banknotes were newer institutions such as Essex, which took £5.4 million, and Wolverhampton, which took £2.8 million. Older universities have also received big sums. Manchester University took £5 million, while Nottingham University accepted £1.8 million, mainly from Chinese students. Durham received £440,000 from foreign students, £200,000 of which came from Chinese students and tens of thousands from Saudi and Kazakh students.

Strathclyde University in Glasgow, which took £700,000 in banknotes, said that it would allow students who could not pay electronically to bring cash to campus.

Russia and Ghana were also identified as “high-risk” cash suppliers. Payments were made for tuition, accommodation and other course fees.

The National Crime Agency said in a 2019 report that overseas students were a target for money launderers. In February that year the authorities froze 95 UK bank accounts containing about £3.6 million, mainly held by overseas students.

Matthew Page, a fellow of Chatham House who has researched money-laundering risks at UK universities, said that students studying abroad whose parents were public officials posed a significant risk. Page, a former US government security analyst who specialises in Nigeria, said: “Any educational institution that accepts cash payments is essentially putting out a welcome mat for the world’s kleptocrats and money launderers.

“Universities that accept cash are at high risk of laundering the proceeds of crime, corruption and other illicit activities. Universities that fail to conduct basic due diligence cannot plausibly deny that they are involved in money laundering.”

He said that university admissions staff were unlikely to question discrepancies because they were focused on the ability to pay, not the source.

Chris Greany, a former UK national police co-ordinator for countering economic crime, questioned why universities had not stopped taking cash payments years ago. “You can’t buy a car, a flight or rent a hotel room for cash any more, so I don’t see how it can still be acceptable for universities,” he said.

“It is known that cash payments from many of the countries mentioned here are sometimes linked to money laundering and other criminal enterprises, so cash-based payments need proper scrutiny and accountability, but there is no good reason for them at all.”

Ben Cowdock, lead investigator at Transparency International UK, a not-for-profit group, said: “Whilst not subject to anti-money-laundering rules, British universities are exposed to illicit wealth as wealthy criminals seek the best education for their children. Universities should be alert to signs they may be handling dirty money.”

All universities said they had strong due-diligence procedures in place to avoid the possibility of money laundering through cash takings. Essex said it worked closely with “Lloyds bank and other sector experts to keep up with latest advice”. Wolverhampton said it had stopped taking cash in March last year, that it had “rigorous procedures and policies”, and that all its due-diligence checks complied with regulations.
Add Comment