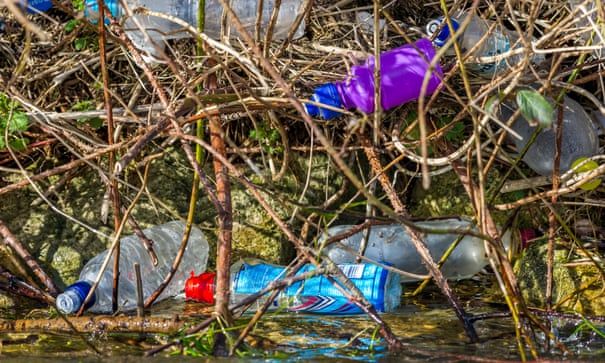 Ministers have been accused of hypocrisy in bringing forward a “toothless” environment bill that will fail to protect against developers concreting over valuable green space, lack provisions for improving air quality, and contain what campaigners said were inadequate protections for wildlife.

The government voted down amendments to its flagship environment bill on Wednesday that would have strengthened the powers of a watchdog, given local communities more say over planning and development, and expanded protections for habitats.

The environment bill covers a wide range of issues and protections that were previously subject to EU regulations, such as air and water pollution, and wildlife habitats, as well as new provisions that would restrict the export of plastic waste, require companies to halt illegal deforestation overseas, and set out new biodiversity targets for protecting native species.

Ministers have called it “the most ambitious environmental programme of any country on earth” and pointed to targets to protect 30% of land by 2030, and reverse the decline of species including hedgehogs, red squirrels and water voles.

The bill also includes a crackdown on water companies that discharge sewage into rivers, and sets out how the government will reduce waste and improve resource use.

The bill has already been delayed several times, because of a lack of parliamentary time, after it was first brought forward by then environment secretary Michael Gove in 2018, but ministers are confident of passing it this time.

Kierra Box, campaigner at Friends of the Earth, said the bill was flawed. “[It] falls a long way short of the landmark legislation promised by this government,” she said. “Rather than locking in existing protections for our natural world and climate, and an ambitious programme for enhancing our environment in future, this new legislation is riddled with exemptions and loopholes.”

She pointed to the lack of guaranteed targets on issues such as plastic pollution, the government’s oversight of a new environmental watchdog, and powers that allow ministers to weaken protections for UK species and UK habitats.

New targets on air quality will not come until late 2022, and new regulations requiring companies to root out links to illegal deforestation from their supply chains will not extend to the banks providing funding to companies involved in deforestation.

Sarah Olney, a Liberal Democrat MP, said it was hypocritical for the government to claim credit for protecting the environment, while bringing forward new powers to develop swathes of green belt land for housing, with few environmental protections.

“It is utterly outrageous that the Conservatives voted down vital protections for our green spaces, rendering this environment bill nothing more than toothless,” she said. “The Tories have with one hand stripped away local communities’ rights to protect their green spaces and with another left their developer friends an open goal to bulldoze and concrete over it.”

Luke Pollard, Labour’s shadow environment secretary, said the government was failing on a wide range of green measures. He said: “Ministers have failed to bring forward an ambitious green recovery, flirted with proposals for a new deep coalmine, axed the housing retrofit scheme and are way off track for our net zero targets. That’s before we even get on to our natural environment, with one in seven native British species now at risk of extinction and tree-planting targets missed by over 50%.”

He added: “In the year the UK hosts the Cop26 climate conference, we should be leading the world, not lagging behind.”

Natalie Bennett, the Green party peer, vowed to attempt further amendments to strengthen the bill when it reaches the House of Lords, “particularly in light of the strong negative reaction to government plans for a free trade deal with Australia that undercuts our environmental and animal welfare standards”.

She said: “There is nowhere near enough protection from destructively produced goods arriving through free trade deals.”
Add Comment