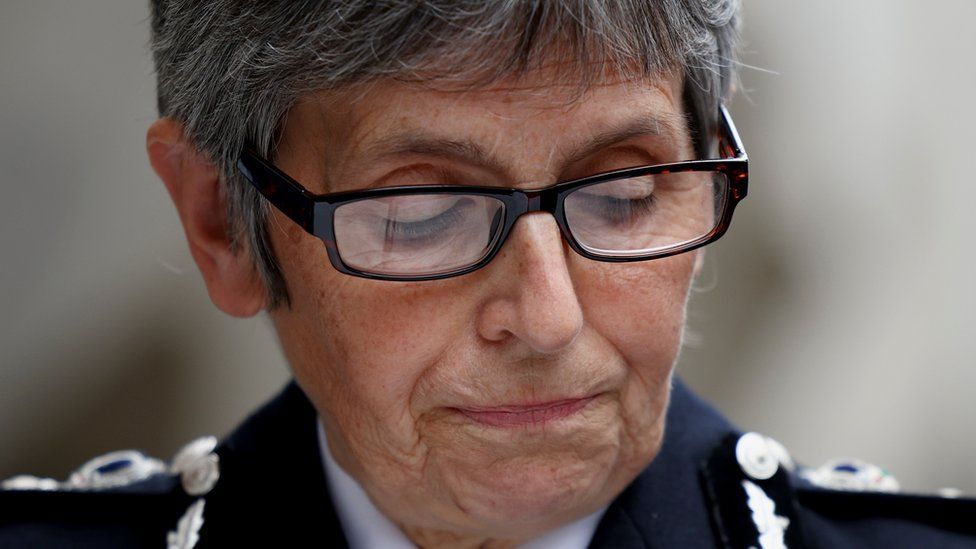 The home secretary will be watching the Metropolitan Police chief "very closely" over the vetting of officers in light of Sarah Everard's murder, Solicitor General Alex Chalk has said.

Ms Everard was killed by Wayne Couzens - a serving police officer - in March, leading to questions for the force over its failure to stop him.

A number of politicians have called for Commissioner Cressida Dick to resign.

Mr Chalk warned Ms Patel would be keeping a close eye on the situation.

Couzens was jailed for a full-life term on Thursday after details emerged of the brutal attack.

He abducted the 33-year-old as she walked home from a friend's house under the guise of an arrest, before raping and killing her.

Dame Cressida said she recognised that a "precious bond of trust" had been damaged by Couzens, who had "brought shame on the Met".

But she soon faced calls to resign, with Labour MP Harriet Harman saying women's confidence in the police "will have been shattered" by the case.

Ms Patel said she would "continue to work with" Dame Cressida, and continue to hold her and the Met to account "as everybody would expect me to do".

Speaking at a Young Conservative Women's event at the party's conference, Mr Chalk told the BBC that the police commissioner needed to look at the vetting issue that allowed Couzens to "slip through the net".

He said a lot of people would be concerned by the case, and "want to be absolutely satisfied that things are about to improve".

But he also issued a warning to Ms Dick that she may not keep the confidence of the home secretary if the issue was not sorted out.

"[Priti Patel] says she has confidence in her, but I suspect the home secretary will be watching very closely to see that the vetting issue is properly investigated and scrutinised," he added.

Meanwhile, the Speaker of the House of Commons has asked for an urgent meeting with the Met after it was confirmed Couzens was on duty five times at Parliament last year.

The Met confirmed Couzens was on armed protection duties at Parliament between February and July 2020.