Described as a mini-budget, or a fiscal event, there was enough affecting your finances in this statement to fill any full-scale Budget.

We did not receive any independent forecasts as we would normally expect, but we already know some of the impact on the pounds and pence in your pocket.

So, with the cost of living rising, these are the key announcements from Chancellor Kwasi Kwarteng which will affect you.

A cut in the basic rate of income tax will be brought forward by a year.

In the Spring, Rishi Sunak, when chancellor, pledged to reduce the basic rate of income tax by 1p in the pound before the end of the Parliament in 2024.

Now Mr Kwarteng says this will now happen in April 2023, which the government says will benefit 31 million people with an average £170 a year reduction in tax.

However, people are facing higher bills and the higher cost of borrowing, and more people have been drawn into paying higher tax bands, because the thresholds have been frozen.

Income tax bands are different in Scotland, where there are five different rates. 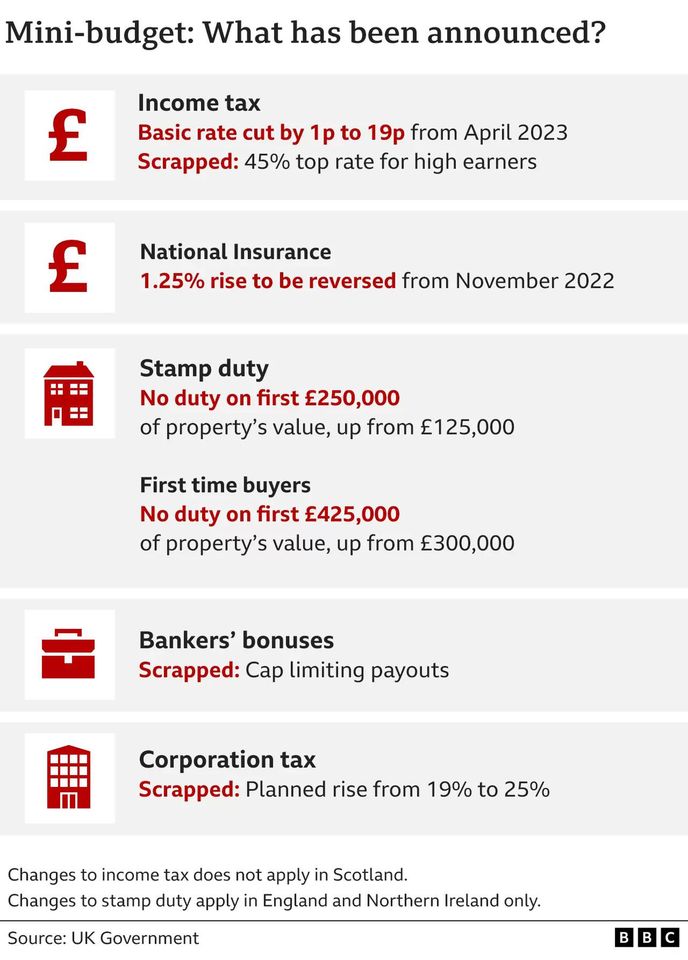 Potential for benefits being cut

Anyone on the major benefits - such as universal credit - should expect a rise in what they receive, owing to the link to inflation. However, that will not come until April. Many charities have called for that rise to come earlier.

Mr Kwarteng instead concentrated on a plan to cut benefits for those who do not adequately search for work.

He said that would mean 120,000 more people on universal credit "take active steps to seek more and better-paid work, or face having their benefits reduced".

There would be extra support for unemployed people aged over 50 to help get them into work.

How will the stamp duty change affect home buying?

Stamp duty holidays are often used by governments to encourage activity in the housing market. The theory is that people also spend on things like home improvements and fixtures and fittings after they move, thus boosting economic growth.

The tax affects people planning to buy a property. It only applies in England and Northern Ireland.

The chancellor said that, instead of a stamp duty holiday, there would be a permanent cut in stamp duty. 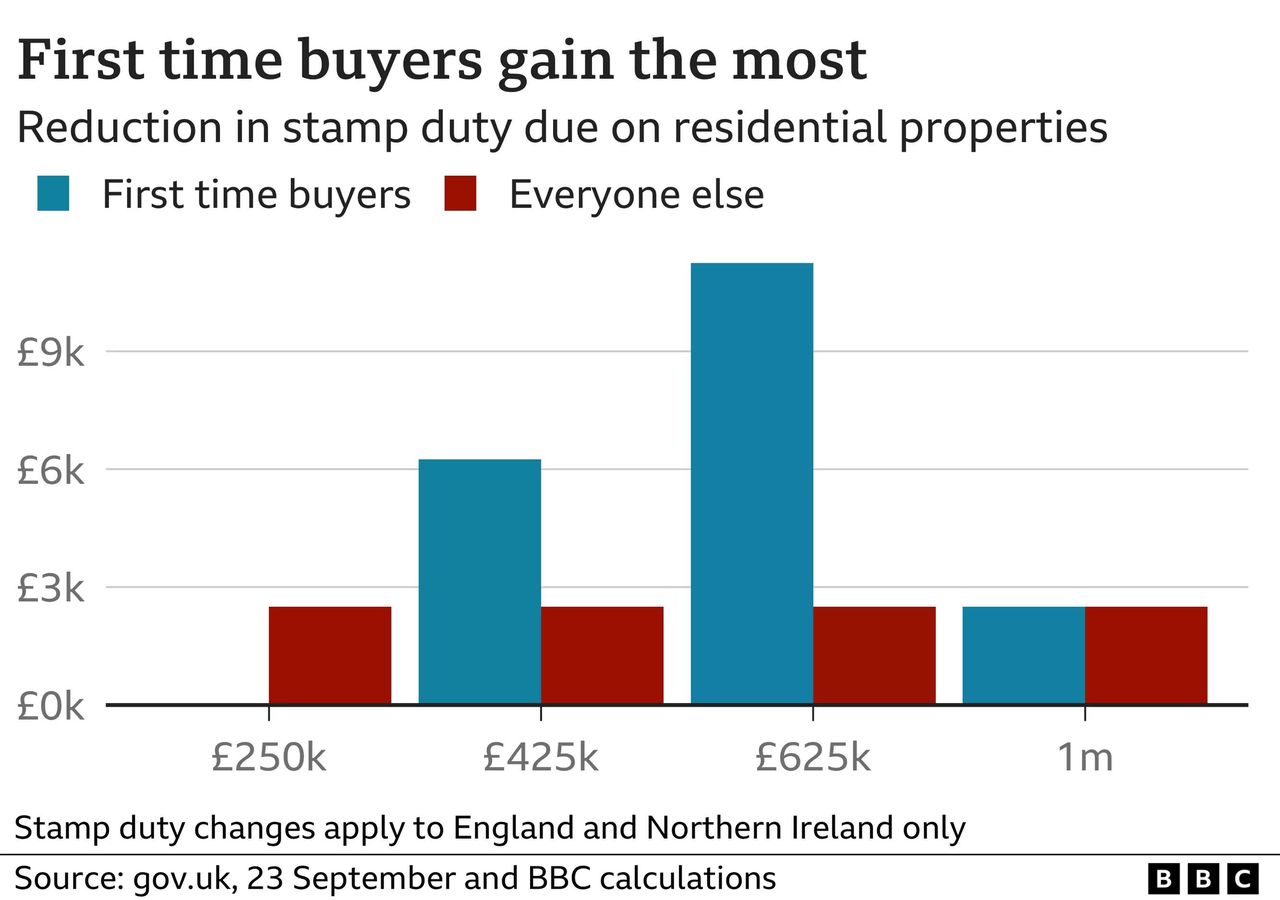 Homebuyers in London and the South East of England will benefit the most from this. They pay 65% of all stamp duty as prices are higher and the tax is particularly focused on homes of more than £500,000, according to research by Zoopla. Three-quarters (76%) of stamp duty came from homes priced at more than £500,000.

Although announced a day in advance, the reversal of an increase in National Insurance loomed large in this mini-budget.

It will see the 1.25% rise in National Insurance cancelled on 6 November.

The Treasury said the change would save nearly 28 million people an average of £330 per year. 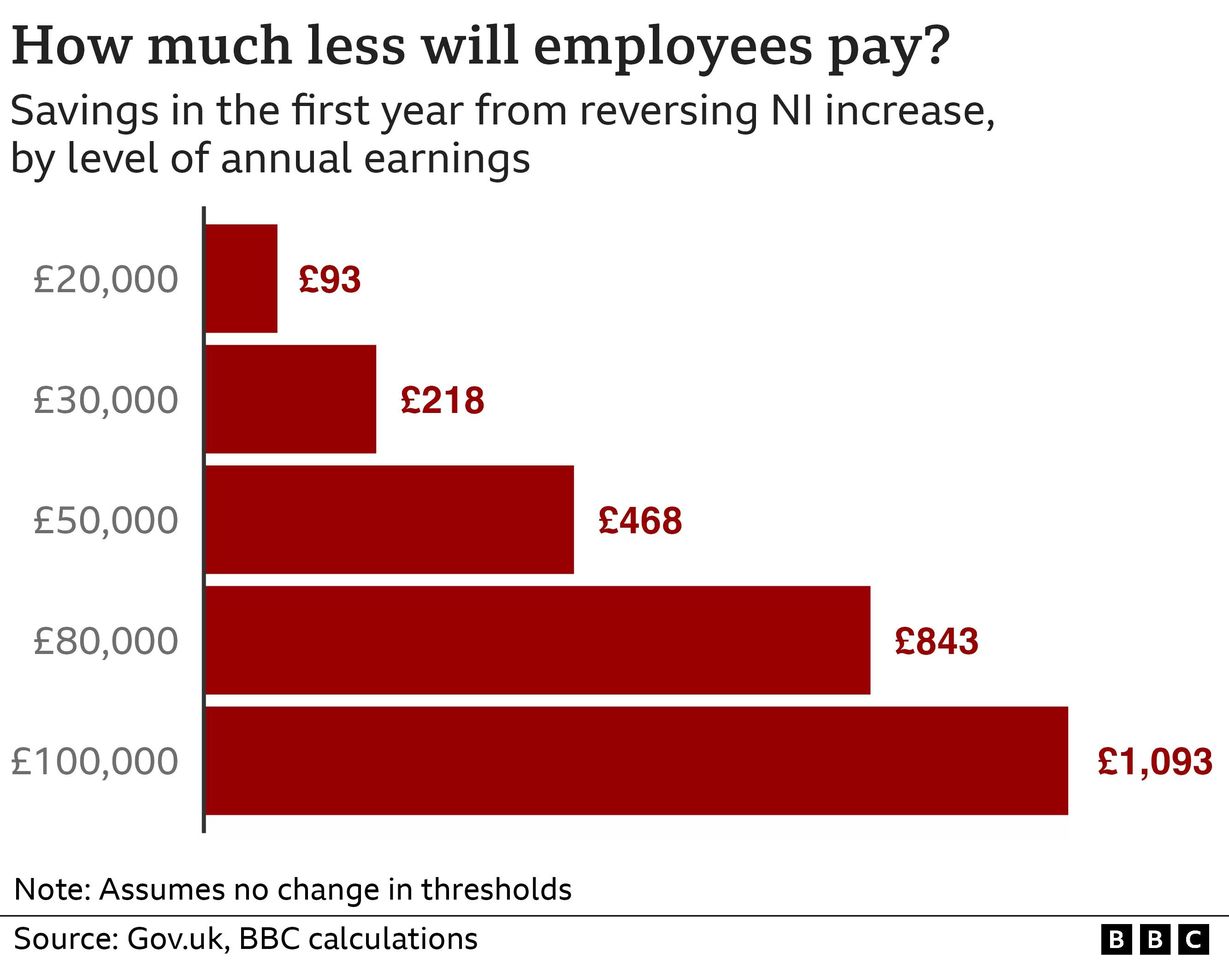 However, the impact varies considerably depending on what you earn, as there are weekly thresholds for National Insurance. There is nothing to pay on the first £242 earned per week, then it is 13.25% on earnings between £242.01 and £967, and 3.25% on the rest.

That means, in general, people who earn more than £12,570 a year pay National Insurance, and the more they earn, the more they will benefit from this change.

The increase in National Insurance was designed to raise money for health and social care, which the government says will now be funded through general taxation. 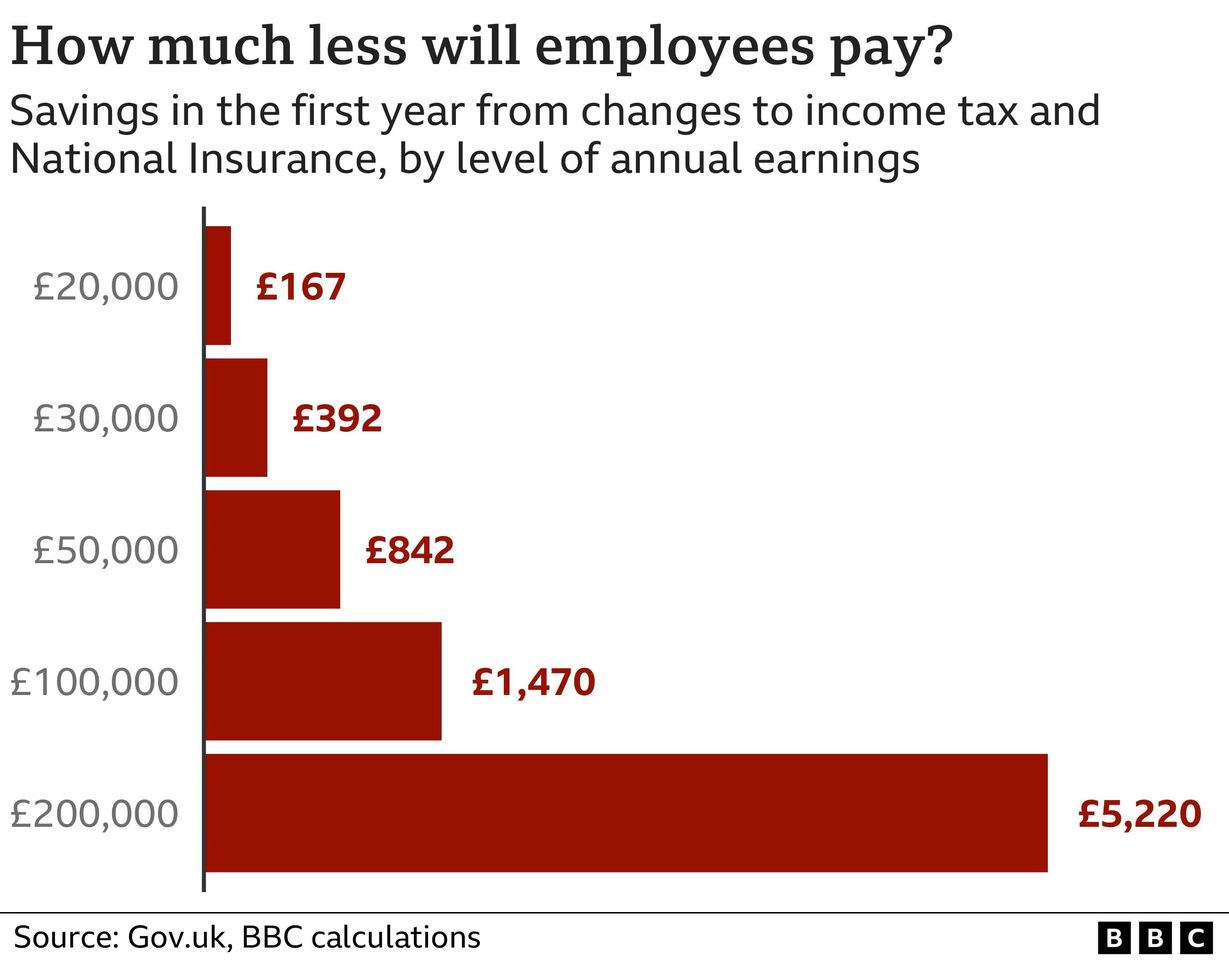 What about the so-called sin taxes?

Planned increases in the duty rates for beer, cider, wine and spirits have been cancelled.

What was the backdrop to this mini-budget?

Grocery prices and energy bills are soaring, so much so that there has been a huge package of support to protect people, to a degree, from unmanageable gas and electricity bills.

Despite that help, median earners were expecting to see a 3% (£600) fall in real income this year, according to the Institute for Fiscal Studies.

Household support will help make a recession, which the Bank of England says we may already be in, not as deep as previously expected.