A mother has said she has had "heartbreaking" talks with her young children as the family struggle with the cost of living. 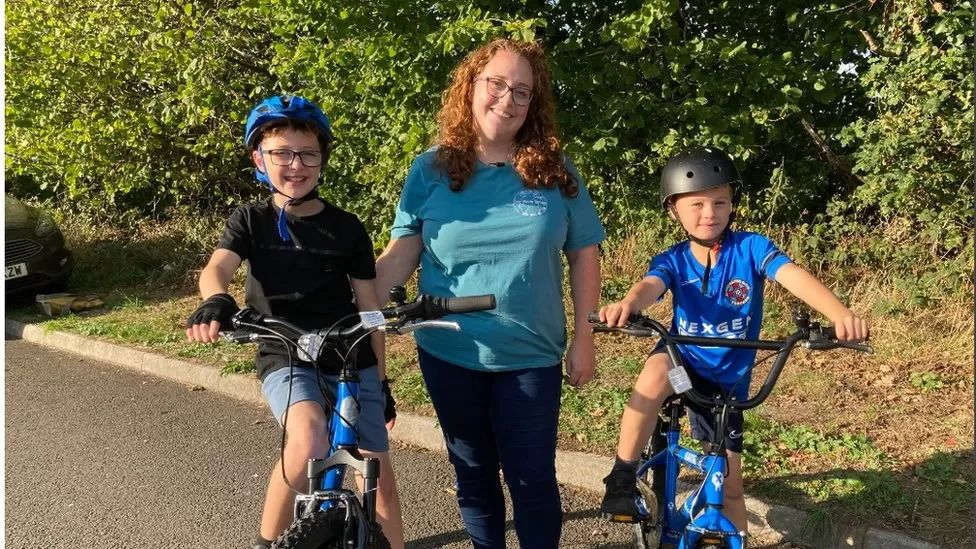 Lauren has had to have tough conversations with Ruben, 10, and Oliver, seven, over attending sports matches

Lauren and her husband said the cost of fuel meant they could no longer take their son to his football matches.

The business owner said she was worried about energy costs and the impact on her staff this winter.

Chancellor Kwasi Kwarteng is expected to announce plans to grow the economy in a mini-budget.

Ahead of Friday's mini-budget the Welsh government said the UK government needed to show "they genuinely understand the real challenges faced by people, businesses and our public services".

Lauren set up Zero Waste Torfaen in Cwmbran a year ago having sold from home for two years.

Her aim is to make her goods affordable to typical households, while her husband Daniel is a scientist and now a lecturer.

She said with both of them working they should be okay, adding: "Daniel studied for a long, long time to get the job he's got, we shouldn't be struggling." 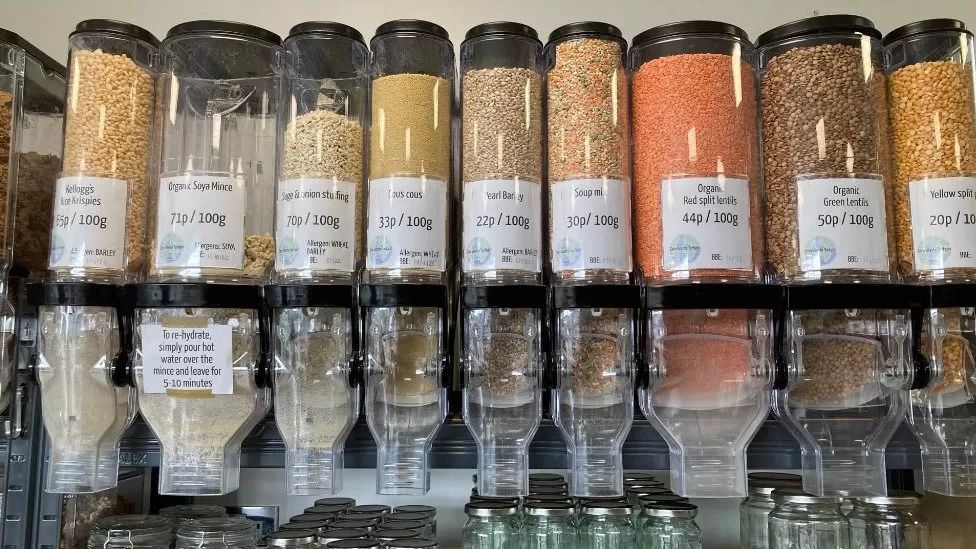 Many goods are now more expensive

Lauren said even with the new price cap from October, the couple would be paying double for gas and electricity compared to a year ago.

"We are bringing in enough, we shouldn't be worrying about taking Oliver to his football match on the weekend. I can only imagine how other people are coping," she added.

The couple cut back on using their car when fuel rose to £2 a litre.

"We were looking at the boys' rugby and football matches and if they were a good drive away, some of them were over £20 to get there and back," she said.

"We had to pull out of some of the matches.

"Oliver loves sport, he wants to be out playing and to have to say 'I'm sorry we can't afford to pay to get there' is heartbreaking."

They have also tried ways of using less energy at home by cooking large amounts at a time, freezing it in batches and reheating it in the microwave.

One of her customers Luke Durham, 36, said even though he has a good job as a salesman in a tile company, he and his family are being careful with their money.

He said they are doing "intelligent shopping" like multiple deals and the children understand that lights need to be switched off if no-one is in the room.

"It's turning things off at the plug rather than the remote control," he added. 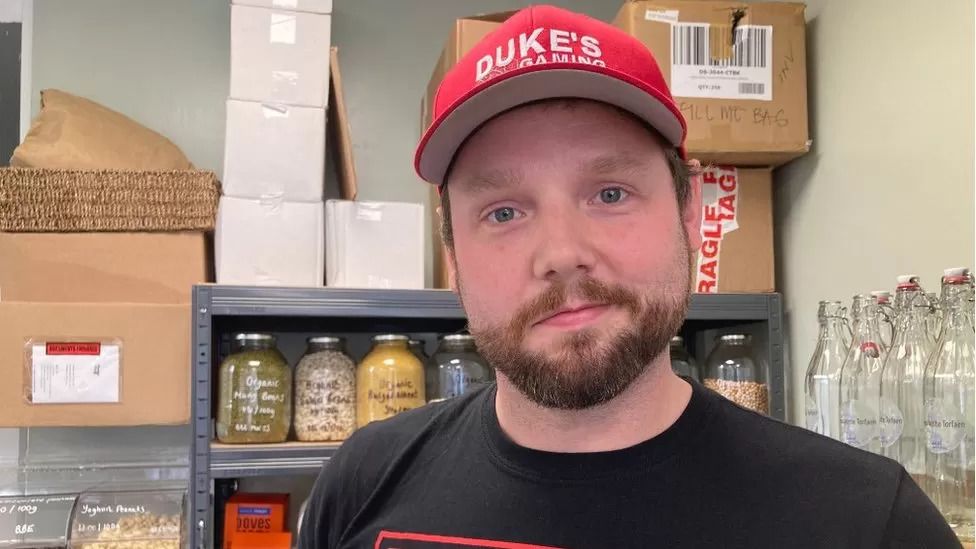 Luke Durham says he feels under pressure from rising costs

Looking ahead to the next 12 months, he said: "It's very scary, and it's hitting work and the house, so you don't get any reprieve from it, that pressure on all the time from both sides, it's definitely very much in your face."

The UK government will on Friday unveil its plans for growing the economy - it is expected to announce tax cuts, higher levels of public borrowing and a reduction of regulations.

It has already said it will reverse increases in National Insurance payments for both employees and employers.

It claims that it means around 28m people across the UK will save on average £330 of tax next year as a result.

The chancellor said: "Taxing our way to prosperity has never worked. To raise living standards for all, we need to be unapologetic about growing our economy.

"Cutting tax is crucial to this - and whether businesses reinvest freed-up cash into new machinery, lower prices on shop floors or increased staff wages, the reversal of the levy will help them grow, whilst also allowing the British public to keep more of what they earn." 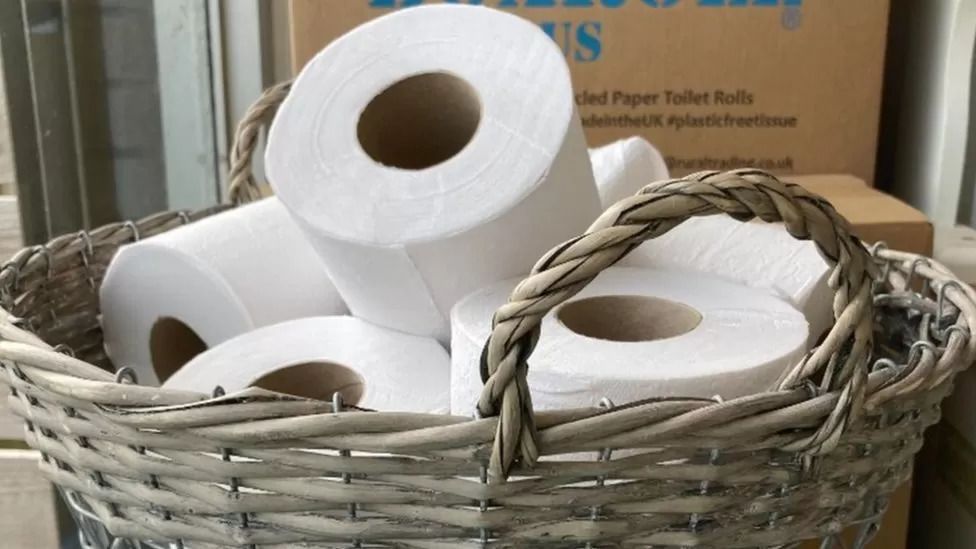 Wales TUC general secretary Shavanah Taj said: "There has been public support for tax increases to support social care but National Insurance isn't the only option on the table."

She added it would be fairer to tax wealth, through capital gains tax, at the same level as income tax and use that "to give our vital public services the revenue they need not only to survive but thrive".

The Welsh government said it wanted to see the mini-budget "target support to people who need help the most".

In her shop, Lauren has already seen that customers are buying less as prices have risen. 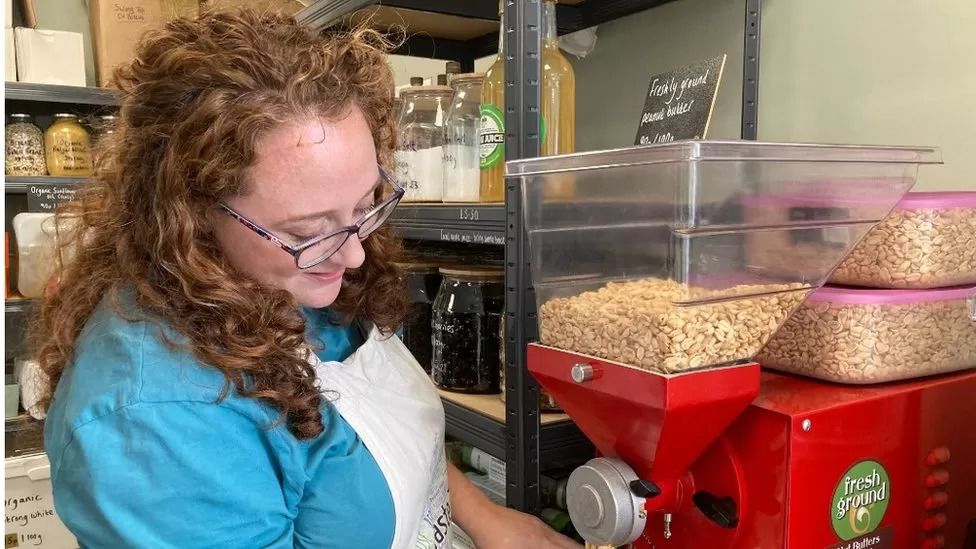 Lauren said she didn't want to see her staff struggling

The prices she has to pay wholesalers have risen by 50% in the last year and toilet rolls by 25%.

She said her margins are tight but "the community knows us, they know that we are doing our best, they know we are not putting up prices because we want to make as much money as we can, we are here for the community and I'm hopeful people will understand the reasons".

She does not think that a cut in National Insurance or possible reductions in income tax will help her business and believes any tax reductions for customers will just go to pay their energy bills and not be spent in shops .

Lauren had been planning to expand her range of foods to frozen ones but has now decided to put that on hold.

She said that high energy prices made her worried about the cost of running a freezer in the shop.