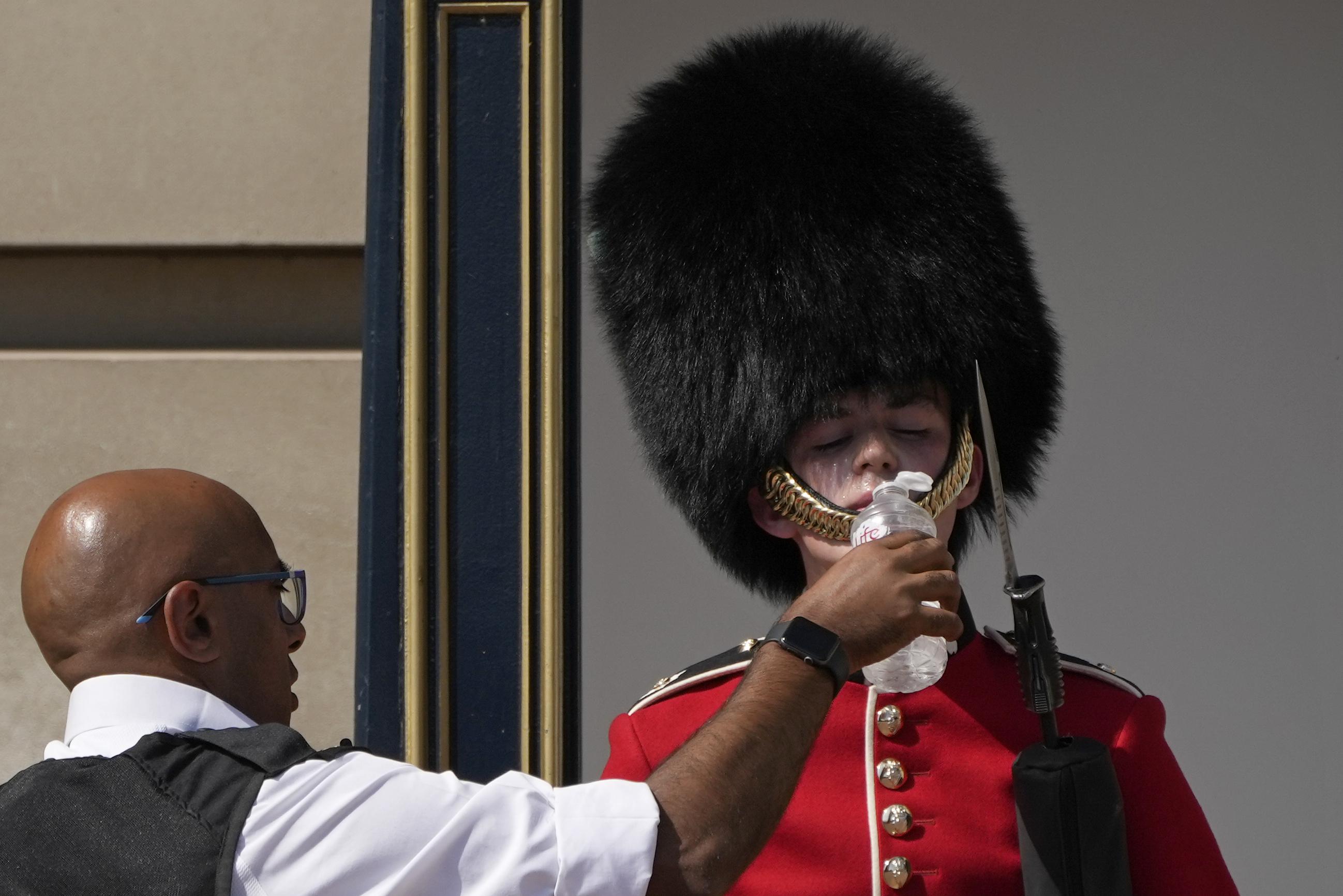 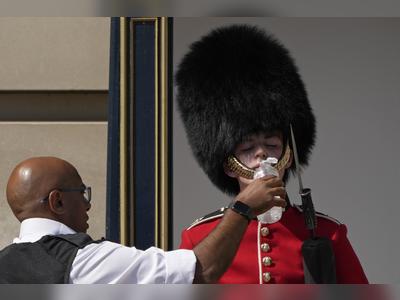 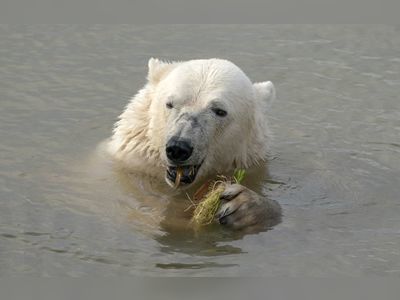 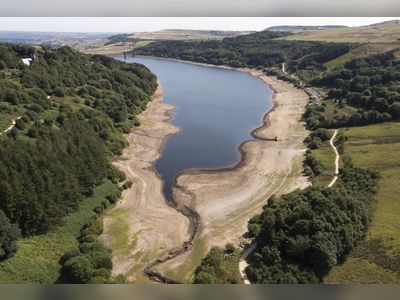 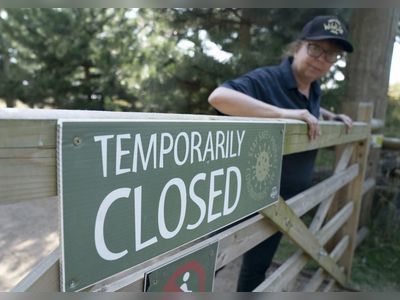 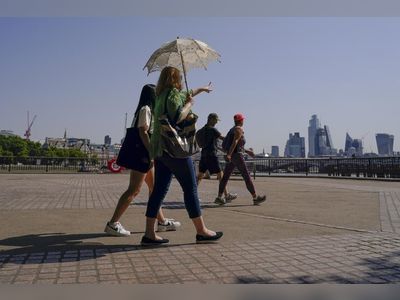 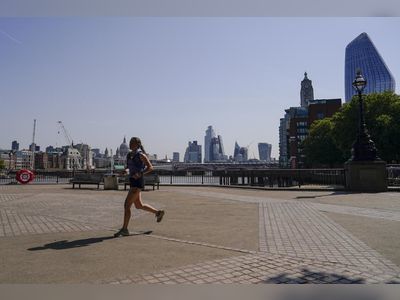 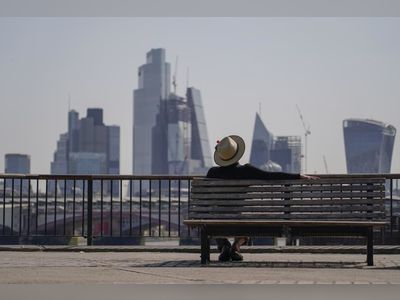 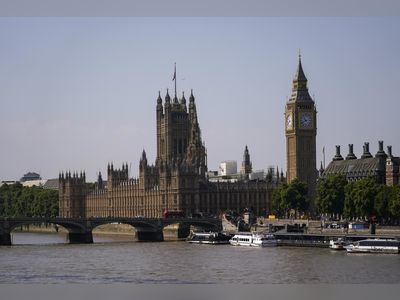 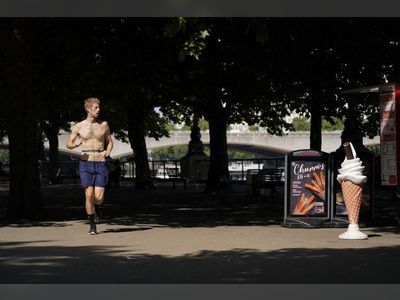 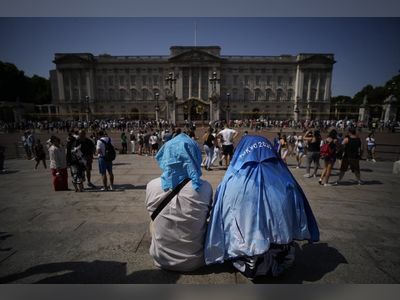 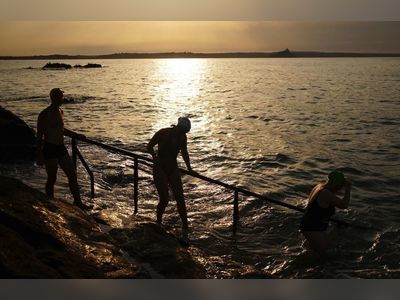 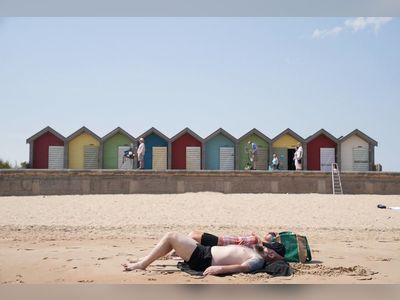 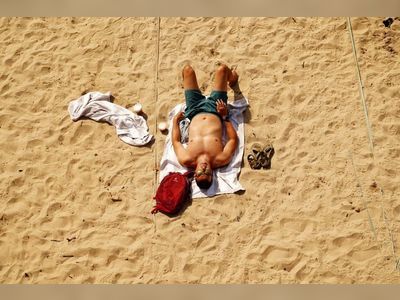 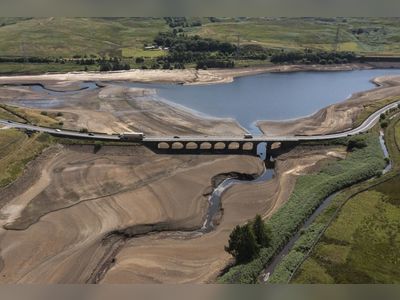 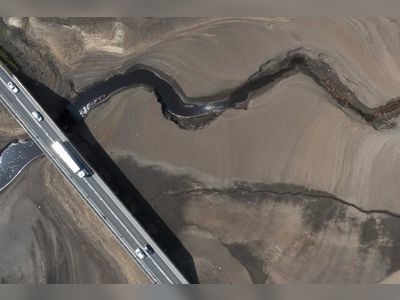 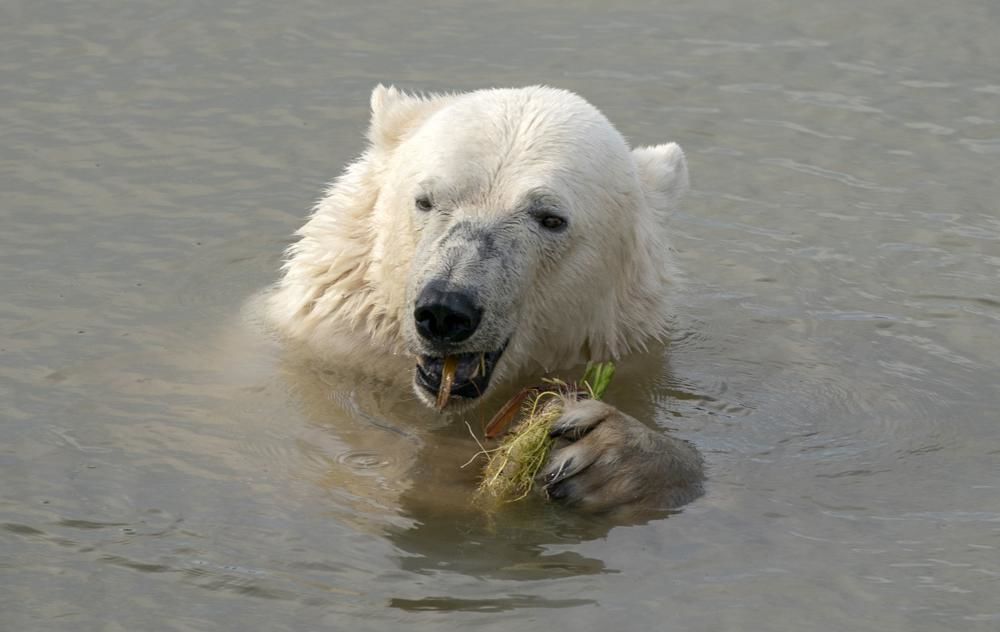 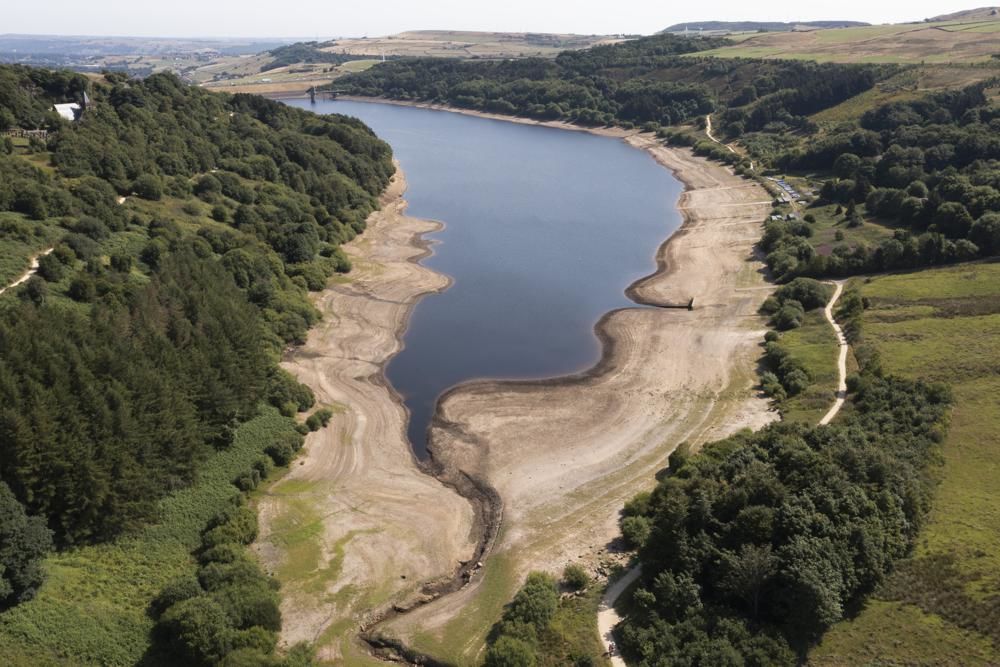 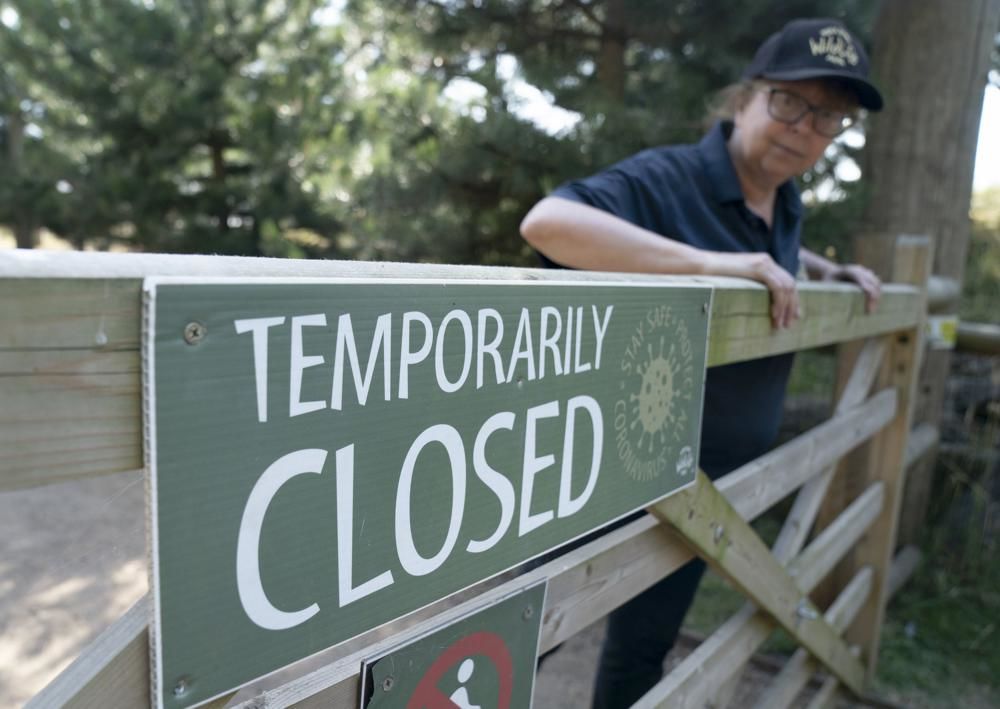 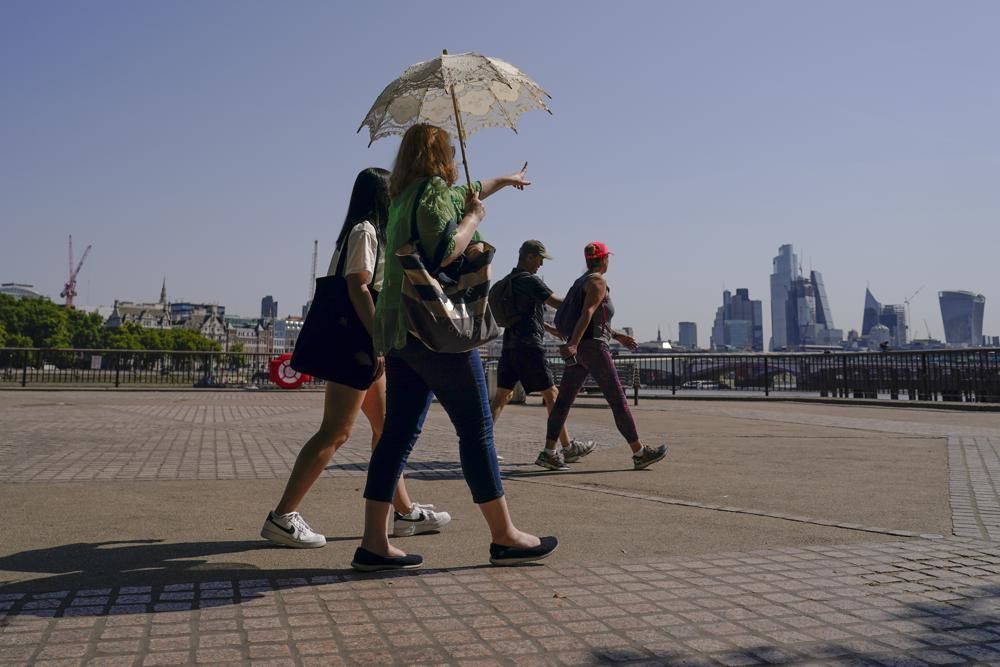 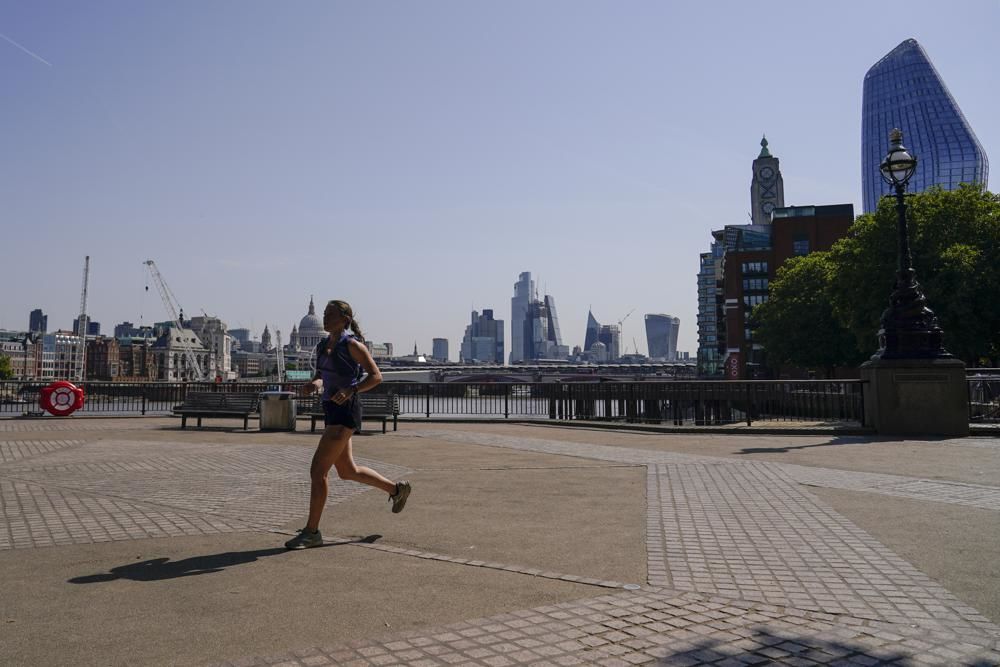 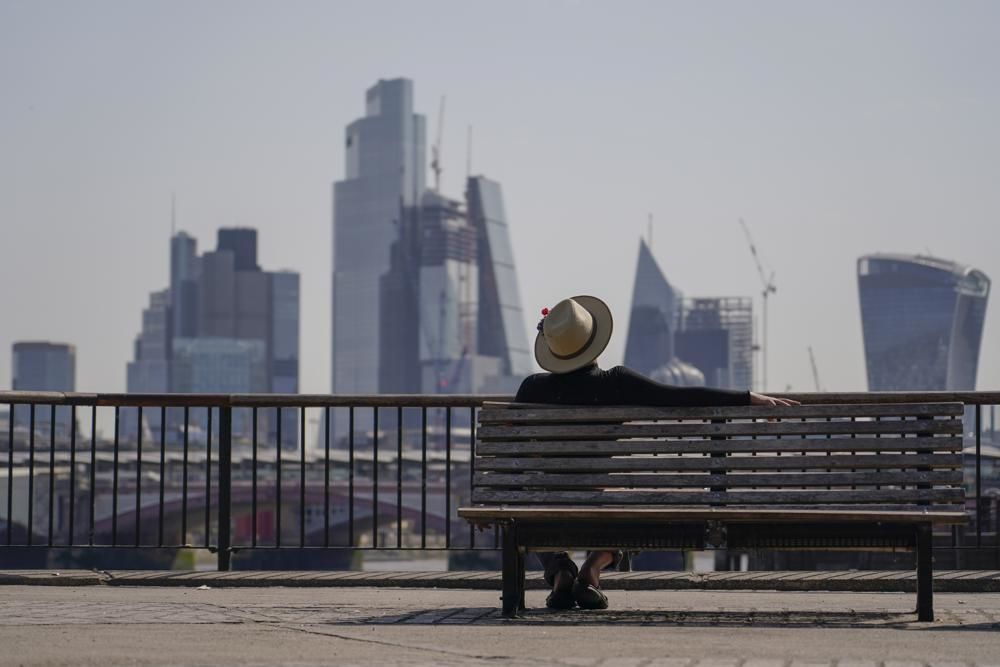 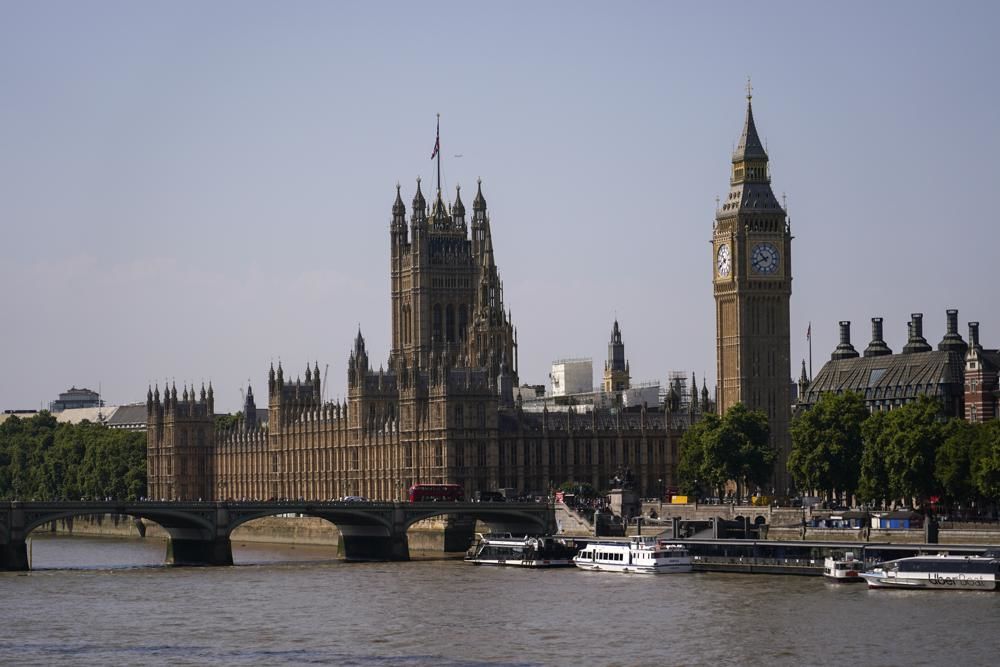 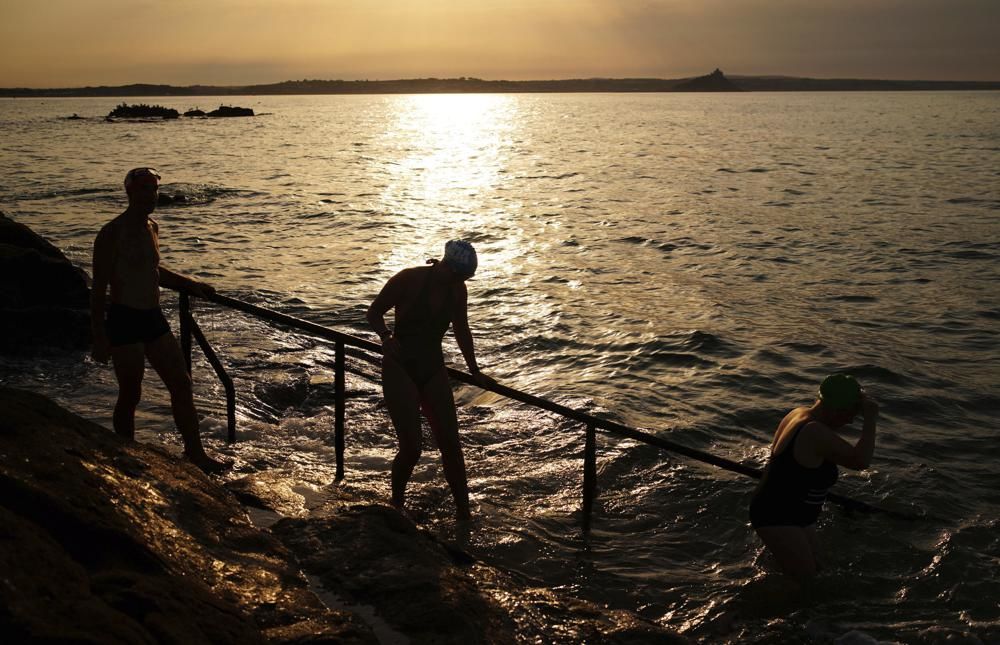 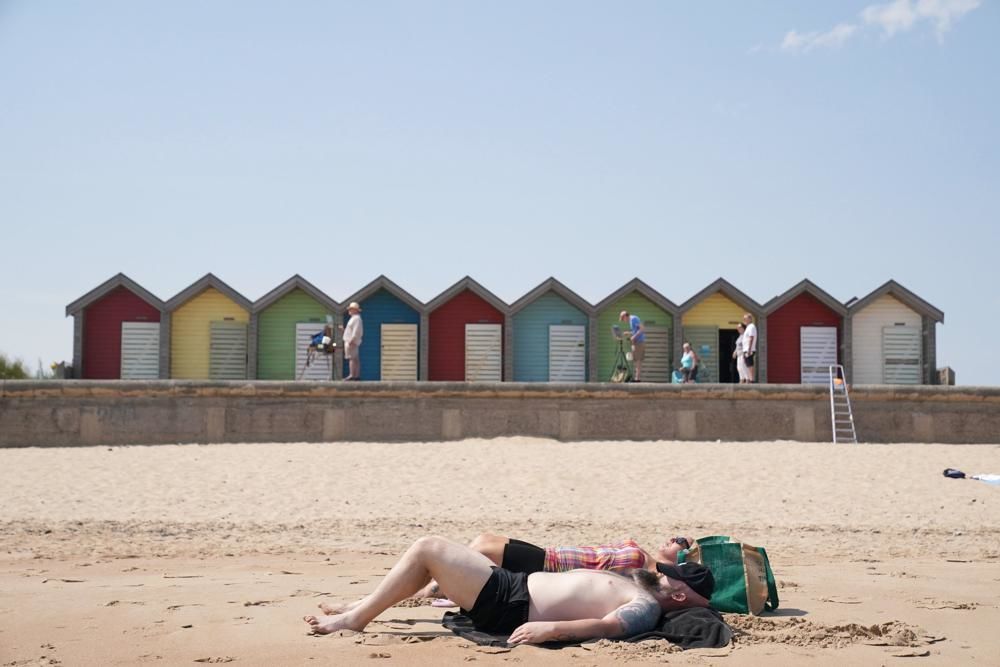 Millions of people in Britain stayed home or sought shade Monday during the country’s first-ever extreme heat warning, as the hot, dry weather that has scorched mainland Europe for the past week moved north, buckling rail lines and forcing two airports to close their runways.

The red heat alert covers a big chunk of England and is to last through Tuesday, when temperatures may reach 40 degrees Celsius (104 degrees Fahrenheit) for the first time, posing a risk of serious illness and even death among healthy people, according to the Met Office, the U.K.’s meteorological agency.

The extreme heat warning stretches from London in the south to Manchester and Leeds in the north.

The temperature Monday reached 38.1 C (100.6 F) at Downham in eastern England, just shy of the highest-ever recorded in Britain — 38.7 C (101.7 F), a record set in 2019. The country isn’t at all prepared to handle such heat — most homes, schools and small businesses in Britain don’t have air conditioning.

At least four people were reported to have drowned across the U.K. in rivers, lakes and reservoirs while trying to cool off.

Flights were suspended at London’s Luton Airport as engineers repaired the runway “after high surface temperatures caused a small section to lift.” RAF Brize Norton, a major air force base northwest of London, also closed its runway because of the heat. The air force said “aircraft are using alternative airfields in line with a long established plan.”

“So it’s tomorrow that we’re really seeing the higher chance of 40 degrees (104 F) and temperatures above that,” Endersby told the BBC. “Forty-one isn’t off the cards. We’ve even got some 43s in the model, but we’re hoping it won’t be as high as that.”

Climate experts warn that global warming has increased the frequency of extreme weather events, with studies showing that the likelihood of temperatures in the U.K. reaching 40 C (104 F) is now 10 times higher than in the pre-industrial era. Drought and heat waves tied to climate change have also made wildfires harder to fight.

Officials in southern France’s Gironde region announced plans to evacuate an additional 3,500 people from towns threatened by the raging flames. More than 1,500 firefighters and water-bombing planes are trying to douse the flames in the region’s tinder-dry pine forests.

In Britain, train operators asked customers not to travel unless absolutely necessary, saying the heat was likely to warp rails and disrupt power supplies, leading to severe delays. Some routes were running at reduced speed or shutting down entirely in the afternoon amid peak temperatures.

Medical appointments were canceled to relieve strains on the National Health Service. Some schools closed while others set up wading pools and water sprays to help children cool off. Most British schools have not yet closed for the summer.

The extreme heat even led Parliament to loosen its strict dress code. The Speaker of the House of Commons said male lawmakers could dispense with jackets and ties for the week.

The high temperatures are even more of a shock since Britain usually has very moderate summer temperatures. Across the U.K., average July temperatures range from a daily high of 21 C (70 F) to a low of 12 C (53 F).

But nightfall on Monday will bring little relief from the heat, with the Met Office forecasting temperatures of 29 C (84 F) at midnight in London. Monday night will be “very oppressive” and it will be difficult to sleep, Chief Meteorologist Paul Davies said.

“Tomorrow is the day where we are really concerned about a good chance now of hitting 40 or 41 C, and with that all the health conditions that come with those higher temperatures,” he said.