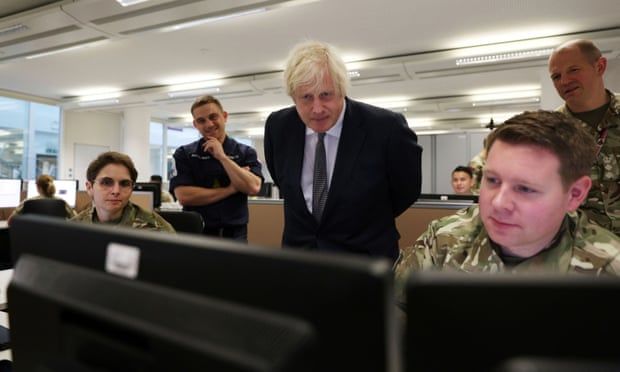 Lack of accurate information on 7,000 Afghans evacuated in August slowing process of finding them homes

The military has been called in to collect data on thousands of Afghan refugees currently living in hotels amid claims the Home Office is struggling to amass the correct details.

Soldiers are visiting more than 80 hotels that are still being used as “bridging accommodation” to house more than 7,000 Afghans who were evacuated to the UK in August.

The refugees are living in temporary accommodation while the Home Office finds them permanent housing. Concerns have been raised about the lack of essential items and support due to the lack of accurate information on many of the Afghan nationals and their children who were evacuated to the UK in August.

As a result, the Home Office made a military assistance to the civil authorities (Maca) request for assistance in improving the data on the families.

The military has been instructed to gather data on how best to match individuals and families into settled housing.

This includes gathering information on their levels of English and where their individual needs would result in the most successful integration, such as finding any local connections Afghans may have in the UK.

Home Office officials have refused to guarantee that all Afghans would be moved out of hotel accommodation by Christmas.

More than 8,000 Afghan nationals were evacuated to the UK in August under the Afghan Relocations and Assistance Policy (Arap).

The department has struggled to persuade local authorities to come forward to help, with the number of permanent homes offered by councils so far only enough to house around half of those evacuated to the UK under the Arap scheme.

A report by the Refugee Council, which works with many of those who have fled Afghanistan, warned last month that many Afghans housed in hotels had no access to essentials such as sanctuary products, toothpaste, nappies or medicines.

In addition to the 7,000 Afghans, there are about 13,000 asylum seekers also currently living in “bridging hotels” due to the lack of available accommodation.

Of these, about 70 are unaccompanied children, 16 of whom are under the age of 16.

Enver Solomon, chief executive of the Refugee Council, said: “In the rush to evacuate people from Afghanistan it seems there were gaps in capturing important information which reflects how the government had to move at speed during a chaotic time and the Home Office were operating with no additional operational capacity.

“These families, including young children, have had to deal with an incredible amount of trauma and upheaval in their lives. Their mental wellbeing is extremely precarious and it’s critical that they get the support, advice and information.”

A government spokesperson said: “The biggest and fastest emergency evacuation in recent history brought arouund 15,000 people to safety in the UK. A significant cross-government effort is under way to ensure the thousands of Afghans who were evacuated to the UK receive the support they need to rebuild their lives, find work, pursue education, and integrate into their local communities.

“It is completely incorrect to suggest we do not know how many people are in hotels. Military personnel are supporting the Home Office to gather information that will help the government best match individuals and families into settled housing and support their integration into the UK.”
#afghanistan
Add Comment