Investigation: Britain called out to workers around the world to ease a staff crisis. But many have to pay thousands in illegal fees to recruitment agencies

Meera Stephen came to Britain with a big suitcase and even bigger dreams. The 27-year-old had left Kerala in south India to work at a care home in Manchester, one of thousands of migrant workers to come after a government recruitment drive to fill more than 100,000 vacancies in social care.

The job would pay £10 an hour – just above minimum wage. But it came at a price. In exchange for securing her employment, she would pay a recruitment agent 1.3m rupees – about £13,700.

Stephen, whose name has been changed to protect her, is one of a growing number of migrant workers being charged to work in Britain’s care sector.

Requiring workers to pay recruitment fees for finding or trying to find them jobs is illegal in the UK and breaches international labour standards.

The practice has previously been exposed in Dubai and the Gulf – most recently with migrant labourers employed on World Cup-related projects in Qatar – and is considered a human rights abuse that leaves workers vulnerable to exploitation.

But an Observer investigation has uncovered a booming industry of recruitment agencies supplying workers to care homes and domiciliary care firms across Britain that pass recruitment costs on to candidates.

Workers from countries including India, the Philippines, Ghana and Zimbabwe – many of whom arrived via a new visa scheme for care workers launched in February – report being charged between £2,000 and £18,000 in illegal fees.

Most cannot speak publicly because their visas are tied to their employers.

But testimony from 10 workers, interviews with charities and labour experts and analysis of payslips, contracts and online chat groups for workers reveals the practice is widespread, with dozens of agencies believed to be charging the fees.

The recruiters appear to target workers in lower-income countries, particularly in Asia and Africa, enticing candidates with promises of good jobs or a “dream life” in the UK via social media and word of mouth.

The official visa application fee for individuals is £247, with costs associated with recruitment supposed to be borne by the employer.​

But in one exchange with an undercover reporter last week, an agency based in India that supplies workers to care homes in Britain said the “service charge” to candidates for arranging a £10-an-hour job would be 1.7m rupees, about £17,800.

The agency said £1,500 would be payable before the interview, £4,000 on receipt of an offer letter and £3,500 after the issue of a visa, with the remainder collected after arrival in the UK.

Another firm said on its website that applicants would have to “pay an agency fee for finding you the job”. The UK-registered agency quoted £4,500 for a “placement package” including a certificate of sponsorship, a cost normally borne by the employer, and “visa application support” – something only lawyers and registered immigration advisers can legally charge for.

A third agency, which we are not naming to protect the victims’ identities, demanded a £4,000 fee from a worker for securing them a £10.10-an-hour healthcare assistant position at a nursing home for elderly residents in the south-east.

In an offer letter sent to the worker, seen by the Observer, the UK-based firm said the fee – equivalent to more than two months’ full pay – was to “cover the cost of the processing of the certificate of sponsorship”.

The fees are likely to be illegal and fit the International Labour Organization’s definition of prohibited fees, which include “any costs incurred in the recruitment process in order for workers to secure employment or placement, regardless of the manner, timing or location of their imposition or collection”.

Care workers have become trapped in debt bondage – a form of modern slavery – as a result of being made to pay the fees. Suspected victims described how agents had deducted money from their salaries and withheld their passport or residence permit until they repaid the debt. 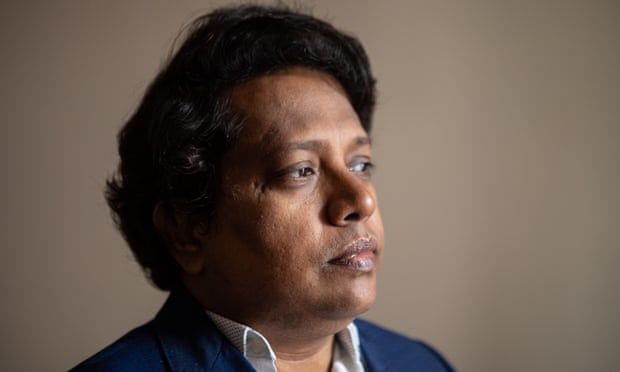 Campaigner Joe Joseph, from Kerala in India, who has highlighted the problem of modern slavery in the care home sector.

Meera Stephen said she was expected to work “day and night” while working to pay off what she owed. Before coming to the UK she had borrowed from friends to cover initial costs but still owes £3,700. She says the agent is holding her biometric residence permit – proof of her immigration status – until the fee is paid.

Others claim to have been misled about their working conditions, paid less than minimum wage and subjected to threats and abuse.

In one case, a woman was told she would be working in Birmingham but was sent to rural Wales. Her visa was tied to that employer. “There is no car, no bus. She is living in the home. They sold their property in India to come here. How will they go back?” said Joe Joseph, a campaigner from Kerala who has posted on social media about the recruitment charges. “People are afraid. If they raise their voice they are going to be terminated.”

Contracts that tie workers to their jobs can make it even harder for some to leave their roles. The repayment clauses are commonly used in the private care sector, as well as by some NHS trusts, and stipulate that workers will pay a fee if they leave before their agreed contract terms ends – usually two or three years.

John Ncube, who came to Britain from Zimbabwe earlier this year, said he had been forced to borrow money from relatives to cover the cost of a £2,000 “administration fee” for finding his job, with £250 a month deducted from his salary.

After rent, bills, food and other expenses – including a fee to hire a company car – he is left with “nothing”, despite working overtime. John, whose name has been changed to protect him, cannot leave his role because of a repayment clause that says he must pay almost £4,000 if he quits within two years.

“It’s frustrating and depressing. You’re really tired and you’re pushing yourself to the limit. It doesn’t make sense at all,” he said.

“Many people back home do not realise recruitment fees are illegal because they are so common. Even if they did, many would come anyway. That’s the most heartbreaking thing. The agents and employers see their desperation.”

The findings raise urgent concerns about modern slavery in Britain and come amid a worsening social care staffing crisis, with vacancy rates in England reaching 10%, according to the charity Skills for Care.

In February, the government added care workers to the shortage occupation list, relaxing the requirements for them to come to Britain provided they are sponsored by an employer.

Announcing the scheme, home secretary Priti Patel said it would “help alleviate” the pressures by attracting thousands of international care workers. But four months on, the evidence suggests the route is being widely exploited by rogue recruiters.

New figures reveal that recruitment fees are part of a wider picture of worsening exploitation in the sector. Kate Terroni, chief inspector of adult social care at the Care Quality Commission, which regulates health and social care in England, said there had been a “notable rise” in referrals for modern slavery in 2022 and was working with other agencies to tackle it. There have been 14 referrals this year so far – double the entire number for 2021 and almost five times the total 2020 figure.

Unseen UK, the charity which runs the national modern slavery helpline, said it saw 78 potential victims of modern slavery and labour exploitation in the care sector in 2021, double the 2020 figure.

Other cases seen by the Observer reveal that workers are also being trafficked into the care sector by illegal routes. In one case, an 18-year-old was brought from West Africa as the spouse of a man on a student visa and forced to work as a domiciliary carer. The teenager and her family believed she was going to work in the beauty industry, but she was registered to a UK care agency using a fake identity. 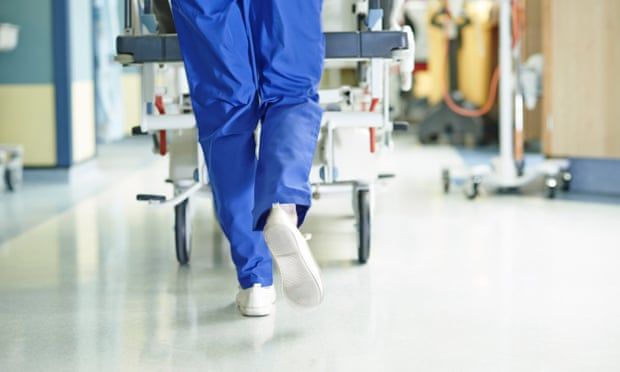 Common in the private care sector, repayment clauses are also used by some NHS trusts, and stipulate that workers will pay a fee if they leave before their contract ends.

The teenager was forced to work 10 hours a day, seven days a week, while the money went into someone else’s bank account, according to Debbie Ariyo, chair of the BME Anti-Slavery Network. “She was really exploited. They would call her on the phone to harass her: ‘How come you’re not at work? What are you doing?’” Ariyo said.

In another case identified by the charity Kanlungan, which supports Filipino migrants, a husband and wife came with their son after being offered employment as physiotherapists.

On arrival they realised they were being made to do care work instead, being deployed to private households across the south-east. They spent months being moved around, earning below minimum wage with little time off, and were allegedly told by their employers: “If you don’t work we’ll make you homeless tomorrow and report you to the Home Office.”

The Gangmasters and Labour Abuse Authority, sponsored by the Home Office, has become increasingly concerned about care sector abuses in recent months, with raids resulting in arrests of suspects for modern slavery-related offences.

To tackle the problems, experts and campaigners are calling for greater oversight of the care sector and an overhaul of the Home Office visa sponsorship system. Some have called for jobs to be advertised on a government portal to make it easier for candidates to apply directly, cutting out agents and other middlemen.

There are also calls for care to become a GLAA-licensed sector, like agriculture. This would mean all recruitment agents, both inside and outside the UK, would need a licence to supply workers, with conditions stipulating they “must not charge a fee to a worker for any work finding services” and the agency able to inspect applicants and investigate concerns.

Neill Wilkins, head of the migrant workers’ programme at the Institute for Human Rights and Business, said recruitment fees were trapping workers in conditions akin to modern-day slavery and called for urgent action to tackle the abuses.

“People have this view of modern slavery where they think of chains and incarceration,” he said. “But it’s not like that at all. The chains that bind people these days are nearly always financial.”