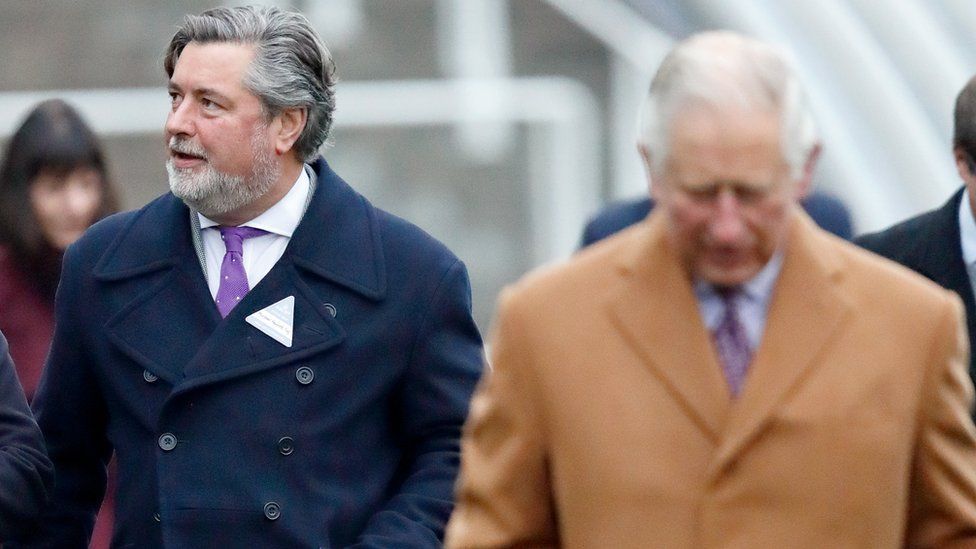 A former aide to the Prince of Wales has temporarily stepped down from his role as chief executive of The Prince's Foundation amid claims that he helped secure an honour for a major donor.

Michael Fawcett has been accused of offering to help a wealthy Saudi businessman with an honour.

The prince was not aware of any link between donations to the foundation and honours, a close source told the BBC.

The Met Police said it was "aware of media reports and await further contact in relation to this matter".

Mr Fawcett became chief executive of the Prince's Foundation in 2018. It is an educational charity and encompasses a number of Prince Charles' charitable interests.

The heritage-led regeneration of the Dumfries House estate in Ayrshire is at the heart of the organisation's work, the foundation's website says.

Claims about Mr Fawcett's conduct were published in the Sunday Times and Mail on Sunday.

Mr Fawcett is alleged to have co-ordinated support for an honour for Mr Mahfouz, according to newspaper reports.

Douglas Connell, chair of The Prince's Foundation, said Mr Fawcett offered on Saturday to step down temporarily from chief executive duties while an investigation was carried out.

Mr Connell added: "The Prince's Foundation has accepted this offer. Michael fully supports the ongoing investigation and has confirmed that he will assist the investigation in every way." 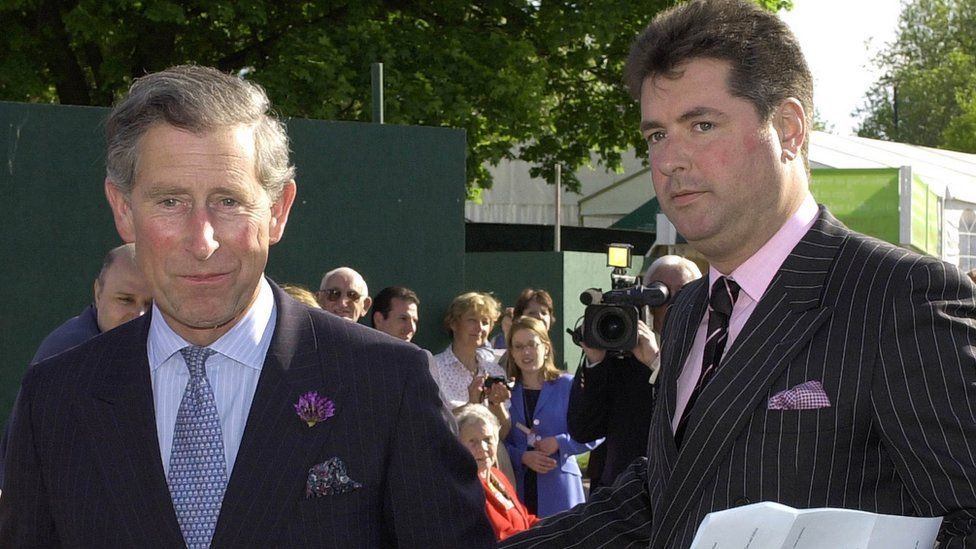 A spokeswoman for The Prince's Foundation said it "takes very seriously the allegations that have recently been brought to its attention and the matter is currently under investigation".

Mr Fawcett was once a close aide of Prince Charles and served as his valet until 2003.

BBC royal correspondent Jonny Dymond said that a Palace source stressed the distance between Prince Charles' office and his foundation, but Mr Fawcett was known for being close to Prince Charles and these allegations were an "embarrassment" for him.

Mr Fawcett began his royal service in 1981 as a footman to the Queen, before later becoming Prince Charles' assistant valet.

In 2003 he was cleared of financial misconduct allegations over the selling of royal gifts.

He resigned after the internal report criticised the running of the royal household, but continued to work as a freelance fixer and Prince Charles' events manager.